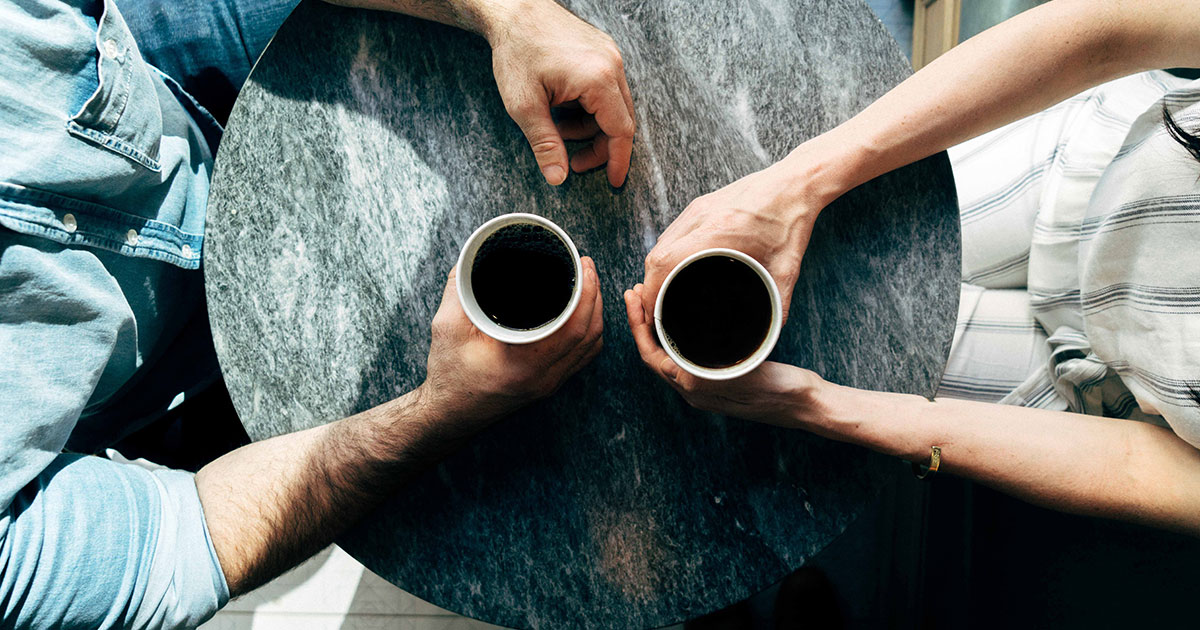 I’ve always struggled in relationships. It is easy enough to coast along in the early days. Sooner or later things start to get a little tangled. Maybe things get rocky, or even worse, maybe things start going well. Either way it is only a matter of time until something goes wrong, or something goes right, and somebody gets hurt. It was just a good idea to jump in and smash things up, a preemptive strike. Like the song says, “When it’s all been said and done I did alright and had my fun, but I will walk before they make me run.”[1] It seemed to make sense at the time. I was never too happy, and never too sad.

One Friday afternoon I was sitting in a dark, air conditioned bar. It was late spring and the crowd was thick and lively. Loud, boisterous conversation, laughter, singing with the jukebox, pool balls clattering, the soundtrack of an afternoon in wasted, wonderful reverie. Someone opened the door and waves of warmth and light flooded in, almost magically from the glare a woman emerged. She was stunning, pre-Raphaelite curls cascading in blond waves over her bare shoulders. Big, brown eyes, milky white skin, she was adorable. Nobody knew who she was. Someone said they thought her sister was one of the waitresses which turned out to be true.

She was followed by a guy carrying a large cooking pot. It looked heavy from the strain on his face and it looked hot from the way he carried it out away from his body. They walked over to the counter and he sat the pot down. A few words and smiles passed back and forth and as fast as she walked in, she walked out, nameless but never really forgotten. At odd intervals when things were too quiet the scene would cue up and play. It is funny how many things you should forget that you can’t and how many things you should remember that you don’t.

Years later, after more twists and turns and more close calls a friend of mine asked if I wanted to go out with a girl. She was a friend of a friend. I was always looking for somebody new to share a little misery with. I said yes. In one of the strangest coincidences of my life it turned out to be the nameless girl from the bar.

We drifted together, apart, and back together. When it seemed too good to be true I assumed it was. Old habits die hard. I moved to Ohio, 1,100 miles away, I was such a coward. When she came to visit, somehow, I knew (I think we both did) we were meant to be together, “’Til death do us part.”

I remember a time I had to work late and got stuck in an endless traffic snarl. It took me two hours to get home. This was before cell phones so I couldn’t call and tell her where I was. It was also before MP3 players so I was stuck swapping CDs or listening to the radio. When I finally got home I was miserable. I can still see her face as she rushed out to meet me. A car had driven off an overpass on the road I travel. The man had died, and she was afraid it had been me. Tears ran down her cheeks, she was shaking as we held each other. I had never seen her so upset. I felt awful for her pain, but I felt wonderful in a way, I felt so much love focused in such a short time. I still feel guilty about feeling so wonderful about her agony. Life is weird that way.

Several years ago she had an episode. Chest pains. She stayed overnight in the hospital. It almost killed me. I went home and lay in bed, trying to sleep. I swear I heard burglars. I never realized how much her heart and mine were beating the same rhythm. In one instant I had to face her mortality and I came up lacking. It was the lowest point of my life.

The next day she had to fast all morning to have a heart catheter in the middle of the afternoon. When the procedure was over they took me to her recovery room. She was so hungry and couldn’t use her right hand. I had to hold the bowl of apple sauce while she ate with her left hand, when I came in she looked as if she was playing some small, slow game of hockey, sliding the bowl around the elevated tray. I can’t really explain the love I felt it was almost more than I could bear.

Her condition is treatable. With regular exercise and some dietary considerations she will, I hope, outlive me. I quit salting her food, because I know she is going to salt it at the table. And I steer her towards the treadmill at the gym. She fusses, but she knows I’m right.

All in all I’m actually pretty good at relationships, who knew? Somehow I’ve managed to keep it together for 30 years. Oh, sure, I’ve had a little help, but with the proper inspiration it is amazing what can happen. Maybe I had it in me all the time.

[1] Before They Make Me Run.The Rolling Stones