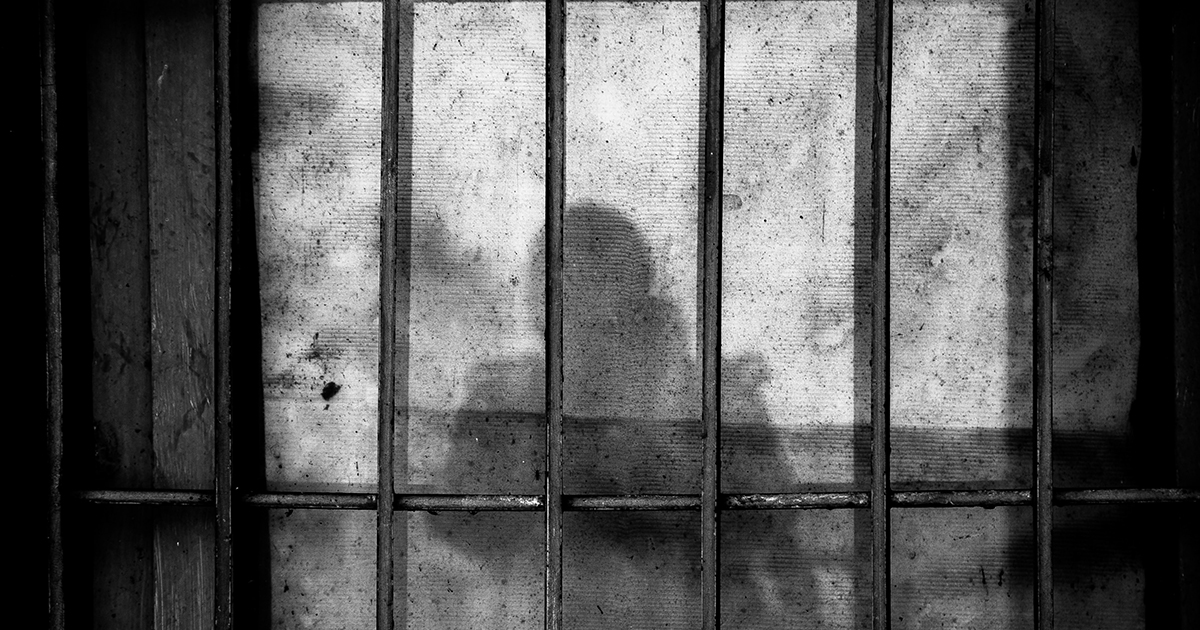 In 2009, I was managing a year-long workshop of talented young playwrights for the Abbey theatre in Dublin. One of the various (and, I think, unloved) writing exercises I had proposed was to study the newspaper and be inspired by a story there. I thought that maybe I, too, should get involved as well – as a good example, in solidarity, as an experiment.

Pretty quickly I came across an article about a woman in the US who paid visits to her son’s murderer on death row and, as a result, got his case revisited and saved his life. I was gobsmacked. I couldn’t get my head around how a mother, seized by grief, would be able to confront the murderer of her child, much less wish to do so. I couldn’t understand why she would seek out this experience. And what would she do in and with these encounters – what would she talk about, what questions would she ask? What did she want, what were her expectations? What could propel a suffering and vulnerable person to put herself willingly into such a dangerous place?

I immediately began to explore the situation in a dialogue. Then another. After a while, I had a series of dialogues, a progression in an improbable relationship. For whom were these conversations more difficult, more devastating – for the mother of the murdered child, or the killer who had to confront her?

Their conversations led me to dip mentally into their backstories. And another series of scenes emerged, scenes from the past. They didn’t explain the murder, nor did they lead temporally or causally into the killing. Instead they became fleeting snapshots of the characters’ psyche, pivotal moments where their earlier selves had turned a corner, possibly when a minor or unlooked-for event shattered something stable in their worlds.

I don’t know whether the background scenes emerged first, or the idea that a conversation alone – fraught and dramatic as it may be – needed some kind of interruption to break the tension, and to increase it. This is one of the things I love about writing, or any creative endeavour. It’s always a bit magic, a bit of a mystery. It’s so easy to understand why other, ancient cultures envisioned gods or muses whispering to their artists – or, on bad days, weeks or months, withholding their spark. Where do these mind flashes come from? Out of nothing, out of nowhere, it seems. Never mind rabbits out of hats – getting whole characters, situations, even worlds and watching them take on shape and colour, sometimes even without any sense of your effort, is something that awes me again and again.

When that happens, it’s a gift from the blue. But then of course, like after the birth of a exquisite, perfectly formed child, the real work comes after its emergence. I laboured over six or seven drafts of the play. At around draft three or four, or maybe five, I had the good fortune of having my play read and discussed in a workshop. As I sat around a table with professional actors, problems with the script become glaringly obvious, as excruciating as shopping for bras, your dishearteningly imperfect, animal form reflected into infinity by too many mirrors in the unforgiving light of a department store changing room. Trying not to cringe, trying to remember that there were good moments, I’d listen to actors giving brave voice to passages that – no matter what I had thought of them at some point – were dead in the water. And needed to float out to sea and be eaten by not so choosy fish.

Back at the writing table once again, highlighting and deleting these bits was tremendously satisfying, scratching an itch and making it vanish. More difficult was of course cutting away “good bits” – speeches, utterances, clever ideas to which I had formed a fond attachment but, somehow, just didn’t further the play, the plot, the action, the atmosphere. It’s not easy identifying them, even harder to jettison them when you do, but it’s absolutely necessary.

For a number of reasons, or possibly for no real reason at all, after that draft, the script sat in a drawer – by which I mean languished as a digital file in my laptop. Until a friend told me that Dublin radio station Near FM was looking for radio plays by Irish women playwrights. I considered. I’d written my play for the stage, but it was mostly dialogue. Why not? I kind of didn’t really believe it when I heard back that they wanted to include it in a series to broadcast in early 2019.

The script needed a few tweaks for radio, though. You couldn’t see the prison cell, the characters sitting sometimes in silence, wordlessly gesturing – none of the visual aspects or prompts would be visible over the radio. You can’t see them. But you can visualise them. (The Germans have a great expression for this: Kopfkino, or “cinema in the mind”.) The script needed revision to use only language and sound to fire up the imagination. It cut off some opportunities – a character being surprised by another sitting silently in a dark room, for example – but offered others in exchange.

I continued not really believing it was really happening until, months later, I was sitting in the rehearsal room with four wonderful actors – Lloyd Cooney, Darragh Kelly, Sarah O’Rourke and Ali White – rehearsing the script before the recording the following day. As I was directing as well, the opportunity to listen to their ideas, marvel at their interpretations, make changes according to their comments was another gift. Paul Loughran and Gavin Byrne, producer and sound technician, did everything to make the experience go professionally and smoothly.

More magic takes place in the studio, as Gavin mixes the various takes and the sounds into the audio experience of a radio play. The result, I hope, is something that will move listeners and allow them to enter into an unexplored human experience. It certainly did for me, and I’d love nothing more than to communicate and share it with others.

Listen here to a promo of ‘Buckle’ as featured on Near FM as part of their series of plays by women writers.