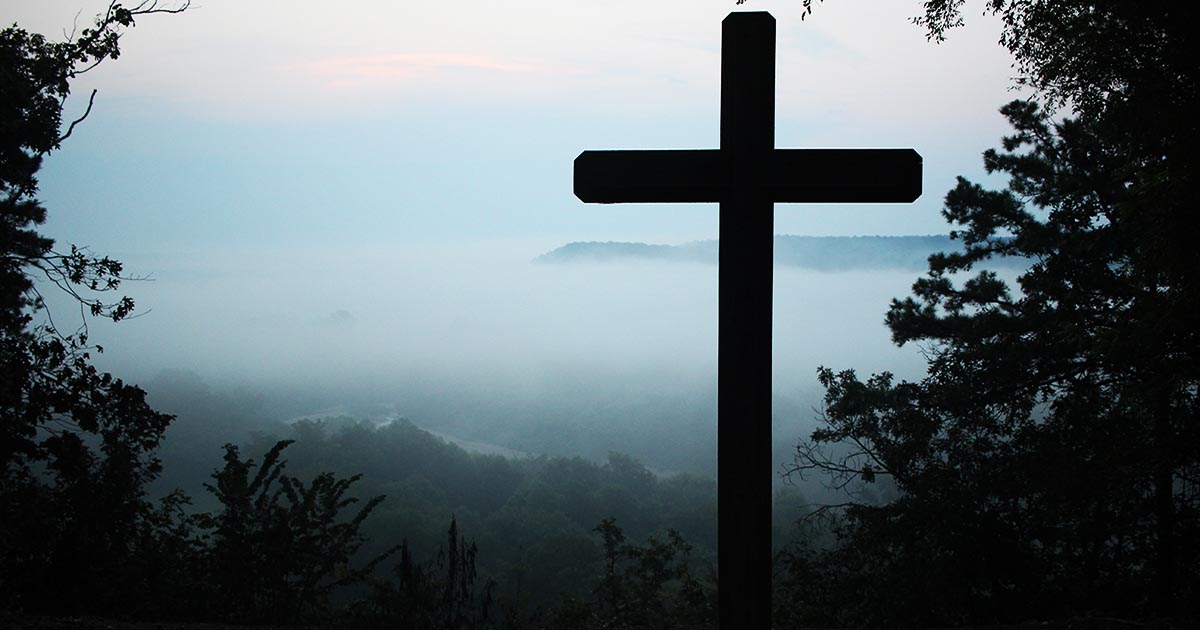 When I was younger, I had recurring dreams that demons were chasing me. I grew up in the Bible Belt and attended church a great deal when I was young. Demons loomed large in the mythology of my neighbors and my family. Preachers and cousins would state that demons surrounded us. One moral slip—one instance of doubt—and they’d penetrate our faith-shields. We’d be lost, tormented, driven mad and doomed to burn forever in the flames of hell.

As an adult, I question whether these people truly believed things like this. But at the time, they sure seemed to. Any unexplained phenomenon could be blamed on demons or devil worshipers. Any venture away from the most common paths—literally or figuratively—was an invitation. Even as a child, I secretly rejected their religiosity because so many of them seemed to be hypocrites, or simply jerks. But the fear of evil lingered.

In the dreams, the demons were like wolves, except all black. Their fur was puffy, which gave them undefined features, somehow making them even scarier. They would chase me, corner me, creep closer to attack. As the dreams continued, week after week, the demons pursued me in different ways. They became shrewder and more inimitable.

I never understood what it was they actually wanted, I think because I didn’t really understand what demons would actually do to a person. I mean that I didn’t understand the nature of the “good” that my neighbors and relatives represented or the “evil” that the demons represented. Most of the adults I knew seemed to exude a kind of evil. They were certainly guilty of many of the Deadly Sins we were lectured about in church. They were envious in their rants about minorities or others getting unearned advantages. They were gluttonous in their consumption of alcohol. They were wrathful when they’d lapse into fits of rage, attacking each other, their kids, etc. etc. And they all judged everyone around them.

As the demons plagued my dreams, I struggled to sleep. I would go to my father’s bed, but he snored. When that became too much, I went to my brother’s room. But he snored so badly our mother had once woken, thinking there was an earthquake. Another time, she was woken by it, thinking a cow was jumping through a window. My sister was rarely around and, understandably, didn’t want her younger brother sleeping with her. I would end up lying awake in my room, listening to the snoring from other rooms and watching the shadows.

Over the weeks and months, the demons became much more sophisticated. They incorporated my interests and education into their tricks. This was something we’d been warned about. Learning was a gateway the devil would surely use to get to our souls. I had always liked archeology—what boy doesn’t love dinosaurs? But now I was branching into anthropology. In my dreams, the demons learned evolution. They attached themselves to my family and learned to travel back through the generations until they came to an evolutionary fork. Then, they could travel along that and assume the form of whatever they encountered. They would change shapes and hide as seemingly innocuous animals—I remember turtles, especially. I’d be going along and suddenly, something benign would burst into evil.

My mother wasn’t well during this time, and as she became sicker, she stopped being able to go to church. I would go with cousins, but less often. I hated going, especially as my mom came less often. If I forgot to bring a donation, or wasn’t dressed well enough, people would stare or say rude things. Their judgement hid, waiting to attack when I least expected it. But I didn’t care about their petty ideas. I had plenty going on in my own life to worry about.