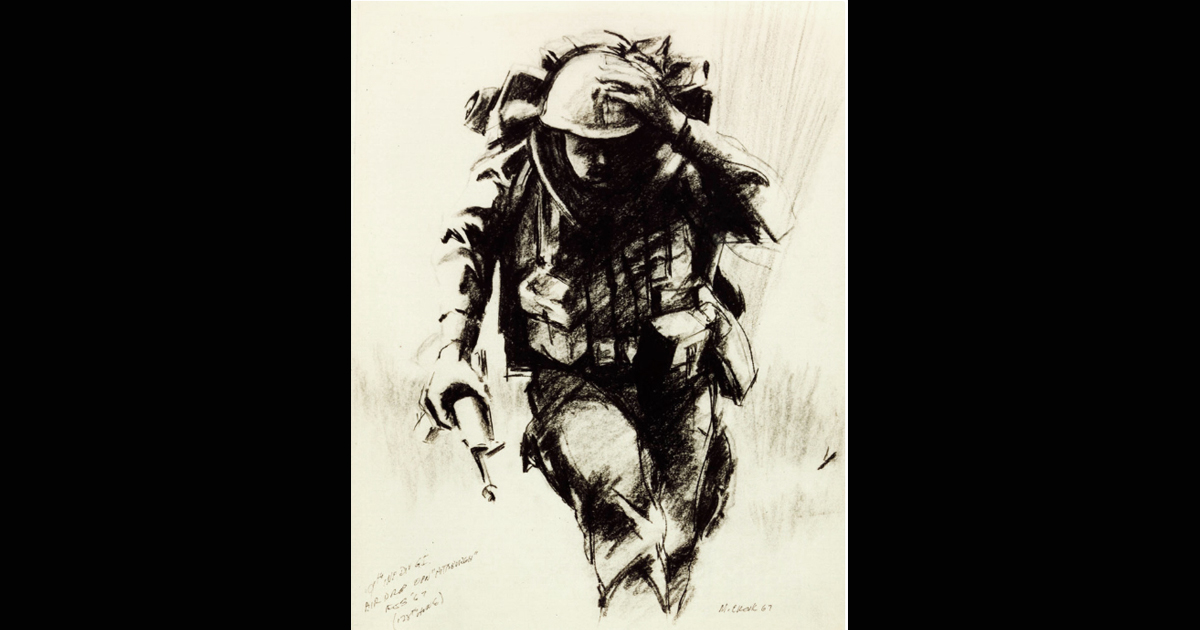 All he was hauling were spare parts
gears, tires, a transmission
along with a commitment to send his paycheck home

My hospice patients do not realize how well they tell a story. Memories flow like a well-spun yarn. These yarns often bind up a hidden wound or a heavy heart. As I write their hospice narrative, part of me believes that my role in converting these honest, genuine and sincere recollections of the past is to break the bind. In so doing, a wound may bleed again but on the other hand, a heart can be released from its tether. I keep my questions simple, mostly open-ended. These stories I am gifted with fall into a variety of thematic categories. A common pool of memories that many old soldiers pull from are slices of life while in uniform. Some veterans hold on to these narratives as though stamped “Classified” and for their eyes only. One particular hospice patient who had survived the Vietnam War shared several stories with me. Most of which revolved around family, around mothers and sons, around brothers-in-arms, although home and loved ones were a world away.

One day I asked my patient whom among the soldiers he had met stood out five decades later. He thought about it and then told me the story of a young man from Boston. He lived with his mother and little brother whose special needs required costly medical care. His father was not there nor was part of this story except to point out that his son was now the man of the family, the male head-of-household. The boy from Boston could avoid the draft, a situation many enlisted men, including my patient, were envious of. The young man was not well-educated. The family had little means. But this eldest son felt a moral obligation to his mother and brother to enlist in a war that did not pursue him and to dutifully send his paycheck home like a good son.

He had learned of the opportunity to earn combat pay and did not hesitate to increase those earnings for his family back home. That’s where they met in Base Camp Blackhorse. The young man’s backstory made the rounds. He quickly became everybody’s little brother. In a jungle far from home, embracing a new grunt as one of your own kin was a common and worthwhile pastime. The very first thing his new brothers did for him was to take the young man out of night patrols by convincing the Commanding Officer that the boy was an experienced truck driver. Everyone knew that night patrol grunts were the first to use up the body bag inventory. Then they put him behind the wheel of a basic parts truck. He carried no weapons, ammunition nor explosives. My hospice patient drove the more dangerous munitions truck, a smaller vehicle that replenished supplies in the field.

He told me in great detail about the morning their convoy headed out to deliver supplies to a camp closer to hostilities. My patient got behind the wheel of the smaller truck filled with ammunition. The young man from Boston drove the bigger, safer truck loaded with spare replaceable parts. How that story ends and why it remains a vivid memory after 50 years challenged my ability to entrust it to verse. My hospice patient had shared this important memory on the anniversary of Abraham Lincoln’s Gettysburg Address, November 19th. I wrote ‘Full Measure’ before the day was done. I can only hope that the bleeding is over and my hospice patient’s heart is finally untethered from the grip of dark memories. 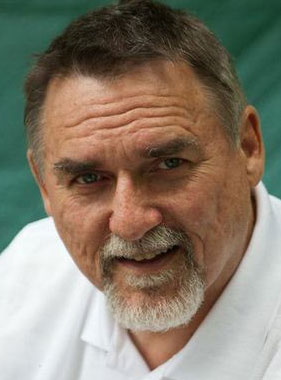 Alan Harris is a 61-year-old hospice volunteer and graduate student who helps hospice patients write memoirs, letters, and poetry. Harris is the 2011 recipient of the Stephen H. Tudor Scholarship in Creative Writing, the 2014 John Clare Poetry Prize, and the 2015 Tompkins Poetry Award from Wayne State University. In addition he is the father of seven, grandfather of eight, as well as a two-time Pushcart Prize nominee. He has a poetry chapbook, Hospice Bed Conversations (Finishing Line Press) and Finishing Line Press will also publish his full-length book of poetry, Fall Ball and other late-inning storylines, in December.