ALL THE FLIES YOU CAN EAT 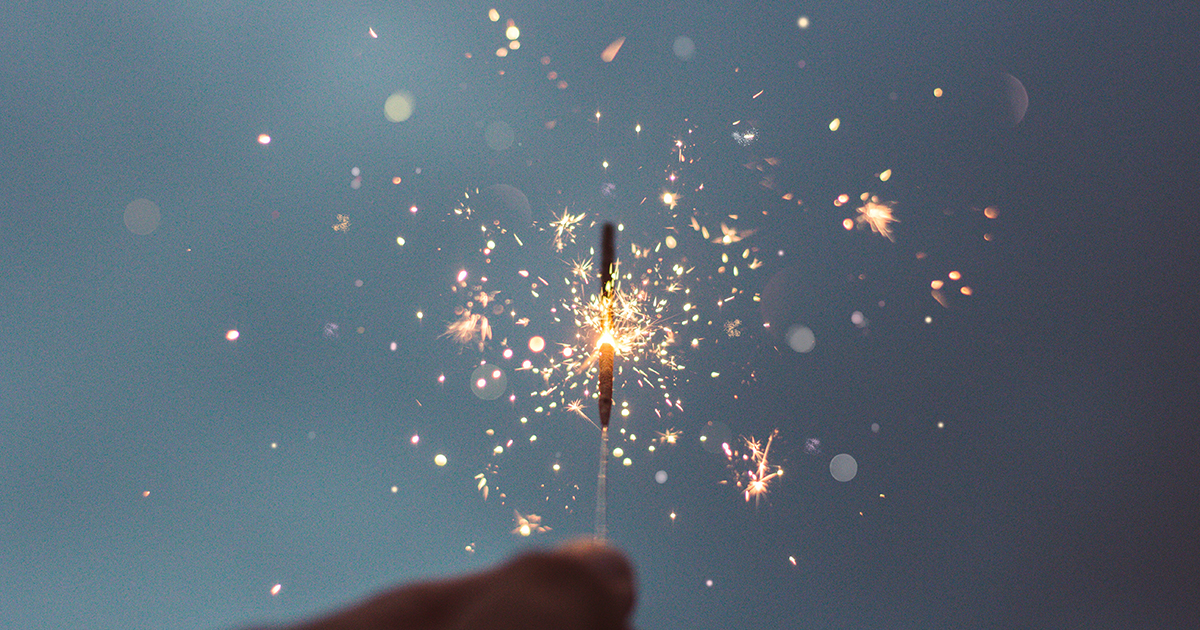 It’s winter and Miles is selling fireworks.  Days before, it was Christmas trees; weeks ago, pumpkins. His travel trailer is set up in a parking lot—sometimes they’re asphalt, this one’s dirt—once again camping out another holiday season. This venture will be short-lived though. The city ordinance only allows for New Year’s firework sales the day before and the day of.

Inside the trailer, Miles is on his knees, crowded by boxes filled with rockets, sparklers and other pyro-fun.

From the bench settee, his girlfriend Kelly watches him, thinking how he looks like a kid in a cardboard castle. He hasn’t said much all morning, so she asks a question sure to start an argument: How much are you making from this?

Enough, he tells her.

Kelly replies that ‘enough’ is subjective and adds, rarely is. She hopes he’s not taking partial payment in product again.

The Christmas tree they got had been scrawny though tall, too tall for the one-room trailer.  No choice but to keep it outside. Kelly had attempted to decorate it, stealing lights, ornaments and tinsels from the trees meant to entice customers, but in the end, even Charlie Brown would not have been impressed.

There had been pumpkins left over from the Halloween/Thanksgiving gig. Spider-web lines had spread across the orange surface and they were developing soft spots and shriveling, but Kelly hadn’t cared. She’d taken a black marker and drawn a small circle in the center of each pumpkin, attaching two larger circles on either side. Two upside-down U’s on the bigger circles, beady eyes inside the U’s and a mustache. Seven Santas, all looking like they’d overdosed on carotene before they were beheaded and placed under a Christmas tree.

All of which, Kelly reminds herself, she needs to get rid of before the year changes. Her attention back on Miles, she says, Well, I need your share of the bills.

Miles cuts her a look. He flicks the pen and clipboard aside and stands. Shoving his hand into his jeans’ pocket, he pulls out some wadded bills and deposits them into her waiting, upturned hand.

Kelly counts the money as she straightens out the bills.  No way, she thinks.

Is this all you made from the trees? she asks.

The rent is due.

Miles reminds her that he is not on her lease.  Without looking up, he gestures, clipboard in one hand, pen in other, around the trailer.  My place, owned, free and clear.

It was Kelly’s idea that he move into her apartment.  She had thought it would help ease her finances; had hoped that Miles would be around more, but the plan seemed to have backfired.

Miles rarely gave her half of any bill, though he enjoyed the running water. More often he slept in the trailer parked in her apartment building lot. And because she wanted to sleep next to him, she did the same.

He mentions this.  Maybe I should charge you rent, he tells her.

They met just before the 4th of July.  Kelly was on her way to work.  Stopped at a light, she’d glanced around and saw him in a vacant lot.  A second glance. When the light turned green, she drove down the street a bit until she could turn around.  She pulled into the lot and parked.

From inside the wooden stand, Miles glanced up a few times as she walked toward him.

You’re the guy from the grocery store.  Cheese samples.

Miles smiled, liked it pleased him that she remembered.

Kelly eyed the fireworks he was hanging on the pegboard on the back wall.  You don’t do that anymore?

Miles told her he did.  Got a couple of gigs.

Sometimes he stood on street corners holding signs for furniture stores going out-of-business or the cell phone accessory store having a great sale.

I like to decide how I spend my time, he’d said.

Kelly nodded.  Sometimes she too hated her work life being bound to someone else’s expectations.

You need some Roman candles? Miles ripped open a cardboard box and began pulling smaller packages from it.

She didn’t.  She couldn’t say, though, that she’d been thinking about him since he’d fed her a cube of cheese on a cracker.

You don’t look like you’re quite ready for business, she said.

Miles glanced around the stand and agreed.  Maybe you’ll just have to come back.

Kelly shrugged.  She set her eyes on the back wall again.

She focused on him.

In his hand he held a bouquet of lit sparklers.  Come back, he said.

His fingers brushed hers and, though it might have been the tiny sparks flying, she felt the same tingling as when his gloved hand had raised that cracker to her lips.

By mid-afternoon, Miles has the boxes moved out to the wooden stand.

Kelly stands in the doorway.

Valentine’s Day is next and she can see him hawking flower bouquets and bears in balloons (one to her, maybe, if there’s any leftover); St. Paddy’s Day, though she doesn’t know if anyone really buys clover; Easter, no way, baskets were for kids and he’d barely tolerated those looking for future jack-o-lanterns; Mother’s day, another no, he hated his; Father’s—

Kelly shakes her head and sighs.

There’s been a stream of people though there are still plenty of unpacked boxes and the law says he can’t sell till tomorrow. She’s thinking this, like the other gigs, is a cover for something else being peddled. She’s reminded how little he shares and how little she trusts; still sometimes she thinks she’d forgive whatever he’s doing if he’d just throw a few more dollar bills her way.

They had been living together a month when Miles announced he’d gotten a job with an insurance company.

Kelly was thrilled.  Maybe he was getting serious.  She dreamed:  Predictability! Benefits! Him sharing the load!

You’ll have to get some ties, she’d told him, not caring about the money they’d have to spend. It was an investment.

They provide the costume, Miles told her.

His ‘regular’ job was at traffic lights, dressed in a gecko suit, waving at passing cars. (If people honked, he’d do the funky chicken.)

Kelly had rolled her eyes, asked about the pay.

She’d calculated. And I hope all the flies you can eat, she’d told him. ‘Cause you won’t even make your share of the groceries.

Kelly pulls on a jacket and heads to the port-a-potty near the sales stand, grabbing her cell phone for light, though her hands are already full.

Pulling the plastic door open, she scrunches her face up at the smell—Miles hasn’t gotten around to calling someone to come clean it out—before entering and closing the door behind her.

Kelly sets the things in her hands—her phone, a plastic cup, the box she’d bought from the drug store days before—down on the plastic space by the toilet.

She’d been planning to end their relationship. He wasn’t spontaneous and free like she’d thought; he was simply irresponsible and she was tired of nagging.  But then there’d been that night he’d stayed at her place.  Came into the bedroom wearing the reptile head and nothing else.

All I need is fifteen, he’d told her.  Maybe less.

It had actually lasted longer. And he’d keep the costume on. The memory of his quirkiness makes Kelly smile momentarily then it passes.

She’s hesitated enough. She knows that.

Kelly pulls her pants down, squats above the toilet, positions the cup and pees into it.  Pants up, toilet lid down, she sits, the cup between her legs as she sets about opening the package to see if the stick will turn blue.

Her task is interrupted by a sharp whistle. A sudden pop.  A chorus of feminine giggles.

Kelly lets the carton fall to the floor.  She stands, pushes the door open and steps out onto the lot.

Miles, balanced on haunches and grinning, stabs another bottle rocket into the ground. He cups one hand around the lit match as he moves it toward the fuse.

Kelly stomps toward him.

He glances up at her.

He’s breaking the law, setting fireworks off. Kelly tosses the contents of the cup at his hands.

The flame is doused; still Kelly stands there, waiting for explosion. 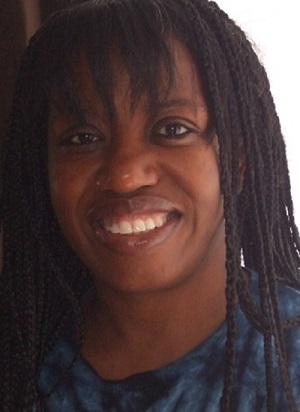 Gwendolyn Joyce Mintz is an award-winning writer.  She is the author of two fiction chapbooks, Mother Love (Unlikely Books) and Where I’ll Be If I’m Not There.  She takes pictures and makes teddy bears for fun.