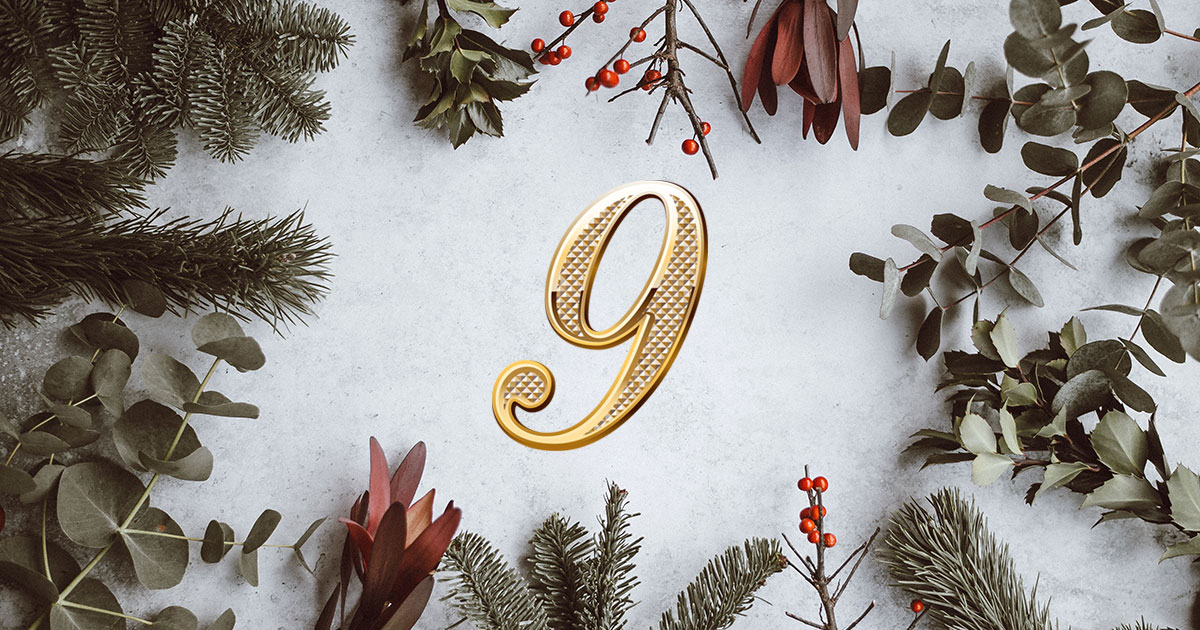 In yesterday’s advent calendar, after a reported disturbance the police arrive to add some spice to the scene, read Day 8 here.

God, he hated having a little sister, Noel thought. Not that having a little sister was an evil in itself. But why did he have to have THIS little sister? If she had to be such a trouble-stirrer, couldn’t she just leave him out of it? He pictured his warm, abandoned bed with a longing that would, in a just universe, have been telepathic, transporting him back in the blink of an eye.

This was turning into the worst Christmas ever. Yes, he was being selfish; yes, he was being uncharitable when there was a dead man draining his blood into their sitting-room rug. When his parents were on the brink of a savage row. When his granny had lost her last chance at love and companionship to an unfortunate accident – or a brutal murder. He felt tremendous guilt about his selfish feelings. He wasn’t proud of them. But still, he felt them. He couldn’t unfeel them.

He remembered the presents he asked for, which now he was probably never going to get. The helicopter drone, the hurley stick, the Horrible Histories book, the magnetic dartboard – they were all going to be consigned to horrible history. Not because Santa was dead and couldn’t deliver them, but because there wasn’t going to be a Christmas in this house, not anymore.

And he knew he was being a selfish, irresponsible git having these feelings. That made everything worse.

Did he just say – think – Santa was dead? There was no Santa. What was he doing, thinking Santa was bringing him stuff? Mortifying.

Marie noticed the changing expressions on her son’s face. “Maybe,” she said to the guards surveying the crime scene in their sitting room, “we should get the kids upstairs.”

“Yes,” said garda McNamara, glancing up from the blood-spattered carpet towards her. “Probably a good idea.”

As he caught her eye, Marie thought, I’ve seen him somewhere before.

Garda Brady hardly looked up. “In a minute.” She had dropped to the floor to check the pulse of the lifeless man under the Christmas tree – still flashing its multicolour lights. Age: 50s, 60s, 70s? Hard to tell. She put her fingers to his neck – not easy to get her hand through that billowing white beard. The body was still warm, but there was no pulse. The garish suit with its padding could be holding in the body heat. She found his wrist, encased in white fake-fur trimming inside the red jacket. Nothing. She looked at the spongy splodges of blood around the body and reached around behind his head. There was a wound at the base of his head, sticky with blood. He didn’t seem to be actively bleeding, but she couldn’t tell how serious the wound was without turning him over and disturbing the crime scene. At any rate, it appeared to be too late for help.

“I’m calling the coroner,” she said. “And reinforcements. The perpetrator can’t have got too far. Talk to them,” she told her colleague. “Find out what happened.” She went outside to make the call.

“But,” Joe stammered. “We don’t know what happened.”

Garda McNamara felt dreadful for them. Finding a corpse in your house was never a pleasant thing. Finding a dead Santa on Christmas … well, what could you say? “I’m really sorry, Mr, er – ”

“I’m sorry for your trouble, Mr Carroll, Mrs Carroll. Are you acquainted with the, erm, the deceased?”