Step Right Up and See the Show!

The 2016 U.S. presidential race is not for the faint of heart, even if you’re just a spectator. The country is in the throes of two very different populist revolts, and they’re thrilling and scary to watch (which revolt is which depends on your point of view). Both of these groundswells are transforming American politics, especially the two moribund—but still-dominant—political parties. The first uprising looks as if it might kill off the Republican Party; the second may just resurrect the Democrats.

I remember the moment I realised that the Tea Party wasn’t just a scary story that progressives like Rachel Maddow told around the campfire. The date was July 4, 2008; the place was the genially patriotic Independence Day parade in my parents’ San Jose, California, retirement community; and one group stood out from the rest: a trio of sour-faced seniors glaring out at the parade spectators from a slow-moving golf cart bedecked with tea bags and a sign that said “Love It or Leave It!” Since they’d smeared red, white, and blue streaks on their sign, I surmised that they meant America, not the golf cart.

Since that day, my progressive head has been urging the Tea Party on, while my idealistic heart has sometimes reeled. Here’s what my brain tells me: By exposing the bigotry, willful ignorance, and self-harming greed at the heart of the twenty-first century Republican Party, the Tea Party reveals something so ugly, the overwhelming majority of Americans will turn away.

Much as I believe that the Tea Party’s know-nothing triumphalism will bring the Republican Party down, at times it’s pretty hard to hold my nerve. Especially in this wild election season, which has brought us the Tea Party’s most spectacular—and spectacularly terrifying—manifestations so far: Donald Trump and Texas Senator Ted Cruz. It turns out those of us who thought there couldn’t be anything more alarming than the prospect of Vice President Sarah Palin were dead wrong.

When he was first running for office in 2008, President Barack Obama famously dismissed Tea Partiers as economically disadvantaged blue-collar white folk who “cling to guns or religion or antipathy to people who aren’t like them”. They still do. And at least for now, they’re clinging to Trump and Cruz as well.

Confident as I am that the xenophobia and sheer dopiness of the Tea Party will bring down the Republicans by making plain what has long been festering in the party, I’m sometimes troubled by a squeaky voice in my head: What if the Tea Party brings down America instead?

It’s like the tail end of a horror movie. You’re congratulating yourself on weathering all the shocks, but then you catch yourself, because you’ve seen enough scary films to know that you can’t relax until the credits roll. What if an arm pops up from Carrie’s grave? Or far worse, Donald Trump?

Unlike the preacher’s-son-turned-gargantuan-creepizoid Ted Cruz, who opened his one (and hopefully only) campaign victory speech with the words “To God be the glory”—as if the Iowa caucus had been the Lord’s work—I’ll say this for the Donald: He doesn’t hit us over the head with religion. The few times Trump has tried to fake religiosity, he fails miserably. Sometimes that failure can be almost endearing, like when he called a communion wafer his “little cracker”, or when he referred to the Bible’s “Second Corinthians” as “Two Corinthians”. Delivered in Trump’s New York accent, it sounds like the start of a bad joke: “Two Corinthians, Three Pharisees, and a leper walk into a bar…”

The Revolution Will Be Televised—Begrudgingly 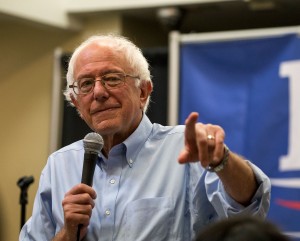 When talking about Trump, the media never tires of its favorite banal observation, the one about him “sucking the air out of the room”. I don’t know if that’s true, but he definitely sucks up the media attention. The opposite has been the case with the man at the center of the second—and very different—populist revolt reshaping American politics: Vermont Senator Bernie Sanders.

Until very recently, the media couldn’t have been more smugly dismissive of Sanders. Innumerable television, radio, and print discussions of the campaign didn’t even mention his name. (Sanders has always done better online, where the cool kids hang out.) If one TV pundit broke ranks to remark on how Sanders draws crowds several times larger than Trump, the media’s anointed behemoth, the other talking heads would roll their eyes, murmur the words “socialist” and “old”—and get back to talking about Trump or maybe former Secretary of State Hillary Clinton. It was almost enough to make me borrow a page from Sarah Palin to rail against “the lamestream media.”

But Sanders and the millions of people who have contributed to his campaign refuse to be ignored, and the press and the scornful Democratic establishment have finally started to take notice—albeit sullenly. That shift started in earnest on February 1, the night of the Iowa caucus: the messy, folksy spectacle that kicks off the process of picking both parties’ presidential candidates. A snowy wasteland populated by evangelical Christians and die-hard lefties, Iowa has a lousy track record of picking the winners who become the eventual party nominees. But many of us still pay attention, relishing Iowa’s disgraceful but homespun chaos, which includes handwritten ballots sorted in popcorn containers, as well as precincts that sometimes apportion delegates by flipping a coin.

At the end of that crazy Monday night, Clinton and Sanders were locked in a virtual tie (49.9% to 49.6%), and both gave victory speeches. During hers, Clinton’s brittle smile and slightly crazed eyes reminded me of a host insisting she’s having the time of her life at her sparsely attended birthday party. Sanders beamed his crooked, old-man smile, and seemed genuinely happy during his speech, which was delivered to a crowd that looked bigger and was definitely more enraptured than Clinton’s.

When Clinton speaks “passionately”, as she did during her first one-on-one debate with Sanders on February 4, in my mind’s eye I see speechwriters high-fiving in front of a whiteboard with phrases like “progressive who gets things done” and “the root of the word ‘progressive’ is progress”. When Sanders speaks passionately, I know he may not have written all the words, but I’m certain he means them. Yes, sometimes all the talk about the 1% and the billionaires gets repetitive. But the idea of someone actually taking those plutocrats on—and enlisting our help in doing so—is thrilling to many of us in the remaining 99%.

Sanders is a politician like no other. I’m not sure that even Massachusetts Senator Elizabeth Warren would say, as he did in the February debate, that “the business model of Wall Street is fraud”. Who knew a 74-year-old with dandruff on the lapel of his suit could make my heart skip a beat?

If you haven’t been watching the circus that is American politics this year, I suggest you take a look. It’s bracing, peek-through-your-fingers-covering-your-eyes stuff. And who knows: If the Republicans’ back-to-the-‘50s populism winds up cancelling out the Democrats’ more idealistic ‘60s version, the next American president may wind up being Florida Senator Marco Rubio, who favors ‘70s high-heeled disco boots. Stay tuned… 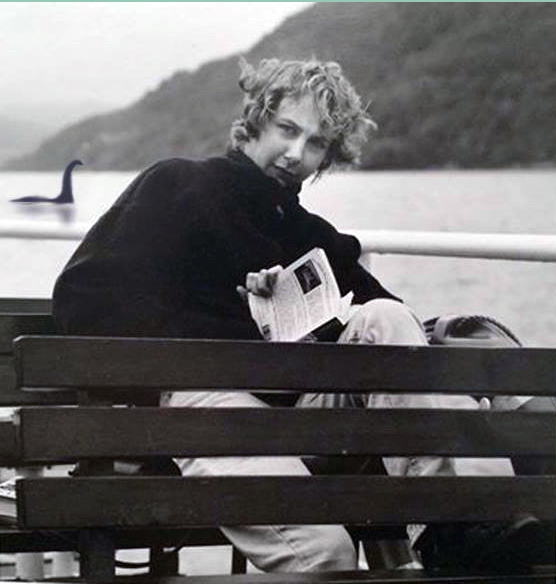 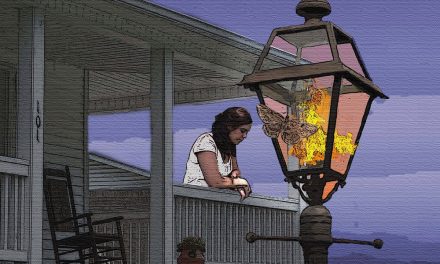 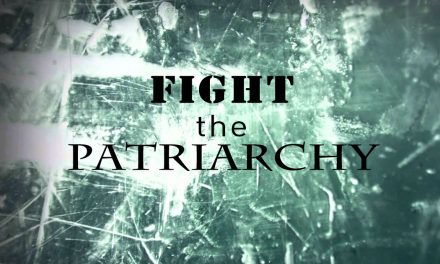 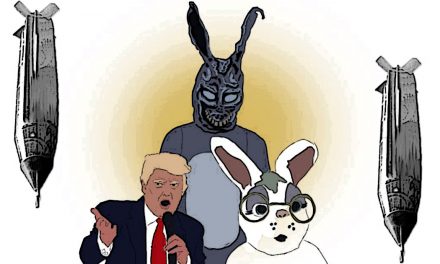 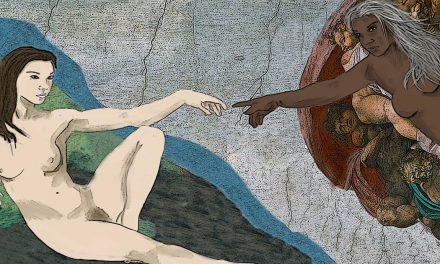