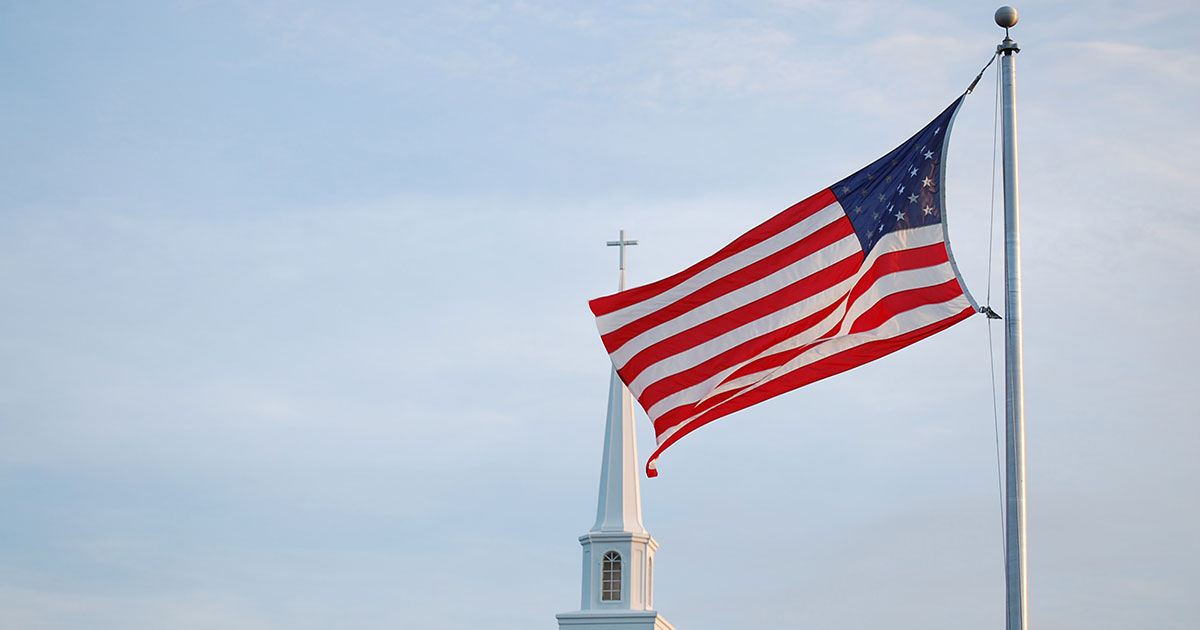 “Once the religious, the hunted and weary
Chasing the promise of freedom and hope
Came to this country to build a new vision
Far from the reaches of kingdom and Pope.”

That is really the problem with religious freedom, everybody wants it, they just don’t want anybody else to have it. The persecution and bigotry they were attempting to escape could become theirs. Of course, it was ok, because they graduated to bigoted persecutor. Since they were convinced God loved them most of all and they were just doing the Lord’s work it was ok.

Religious freedom drove 300 French Protestants (known as Huguenots) to board three small ships and sail to Florida. They built Fort Caroline and started freely practicing Protestantism. Feeling that Florida belonged to Catholic Spain the king sent a force of armed soldiers to bring truth to the heretics. When the settlers refused to convert to Catholicism they were hanged.

It was a common scene across the new world and the old country.

“And like good Christians some would burn the witches.
Later some bought slaves to gather riches.”

This was before the Puritans even landed at Plymouth Rock to practice their brand of religious freedom. The religious freedom to burn people alive is intoxicating stuff. Probably worth crossing an ocean for.

No labor intensive, patriarchal, agrarian society in history has been able to resist the call of cheap labor. Early America was no different, Christian missionaries found the best markets and the game was on. Naturally, they became Christians, what choice did they have? There has never been a more effective tool for converting the uninformed than brutality. Who needs God more than the beaten and imprisoned? Even now you can hear the pain and suffering wrapped in hope for salvation reflected in the collective voices raised in song during Southern Baptist services.

“And while we bully and stole and bought our homeland
We began the slaughter of the Redman.”

If there is anything the various Christian religions could agree on it was the need to convert the “savages.” Never mind they had their own religion, thousands of years old, that had served them well. No, it wasn’t good enough. “Here hold my bible while I administer a bit of salvation at the end of an axe handle, whip or matchlock.” And, finally, they could all get together and pray for forgiveness, and man, did they need it.

Our country has grown over the years, we have welcomed strangers, accepted differences, and learned to live with the messy mistakes that come with love and acceptance. Occasionally we need to go back, back to the days where religious freedom was not freedom at all. It was a bludgeon used to guide the faithful to acts of unspeakable hatred.

In 2016 a strange scene played out across the television screens of America. We were treated to a vision of a religious demagogue who invokes Christian values without the prerequisite of understanding what they require. It was a bizarre take on old scene from an early horror movie. Only this time the angry mob of villagers with pitchforks and torches was carrying the monster to install him as Lord of the Caste.

He wrapped himself up in the flag and started attacking religious rights. Of course, he did it in the “interest of National Security.” Listening to him I’m not sure he cares much about religion at all. He enjoys the bits that bring him the adoration of the screaming, angry crowds (read – mobs of angry villagers) that attend his rallies. Crowds who defend his every move. He doesn’t waste a lot of time in actual devotion. In fact, he never really mentions anything about the Lord, the Savior, the Holy Mother, he is an evangelist without a faith.

He does have a Vice President for that. A man whose faith is so strong he has been rumored to endorse aversion therapy as a treatment for being gay. A method of modern exorcism where electricity and pain are used to evict the demons of homosexuality. A man who preaches about importance of family values and stands silently watching as children were taken from their mothers as punishment for the sin of chasing the American Dream. His faith gives him the strength to embrace the hypocrisy.

“America, where are you now
Don’t you care about your sons and daughters
Don’t you know we need you now
We can’t fight alone against the monster.”

Indeed. Our country is young, and our monster is as old as humanity. It uses fear to create hatred and feeds off the hatred to make itself stronger. It has swallowed entire countries and chewed up generations. It doesn’t discriminate, it hates everybody. It is a monster of our own creation, pieced together with thousands of years of fear and intolerance.

Since we created it we can tame it, and eventually destroy it. We have to recognize it, drag it out under the light, accept it for what it is. We need to accept the fact we no longer need to be afraid. The world is getting smaller all the time, but there is still room for everybody, and their beliefs.

[1] Monster by Steppenwolf, one of the seminal songs of the protest movement and Monster by Tim Clark, not as well known, not yet, anyway.