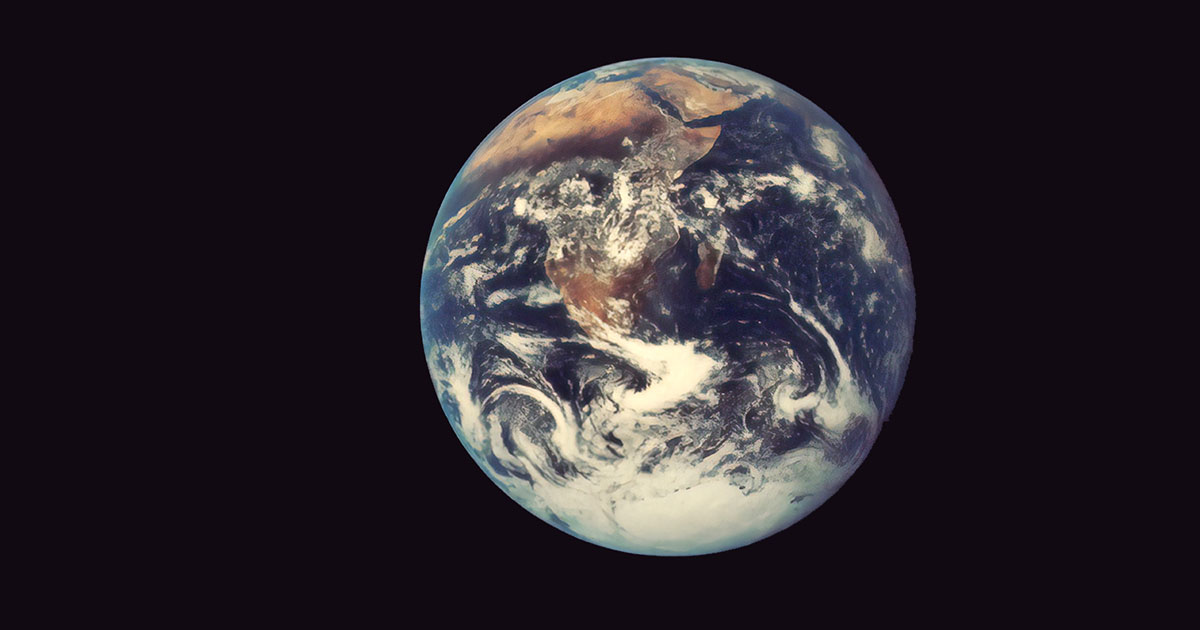 “We live on a placid island of ignorance in the midst of black seas of infinity and it was not meant that we should voyage far.”—H.P. Lovecraft

We have taken our first timid, tentative steps toward the stars. Voyagers 1 and 2 have been flying longer than any other spacecraft. The pair of remarkably durable machines have been out there commuting to somewhere for over 42 years. After all this time they are still sending information to the scientists. They are a long ways away. And they still haven’t found anything. Nothing to support the theory that we can find another place to live after we destroy this home.

I only mention this because last month I emailed my less than cheerful Monster piece about religious freedom to a friend of mine. She was stuck in the hospital, taking care of an elderly, beloved uncle who had become quite ill. I didn’t think it would cheer her up, but it might offer a momentary distraction. I’m still not sure about societal norms and personal interactions, but I try.

She wondered, in her reply, if humanity had ever done anything to help the planet. I offered that “we” did create The Grateful Dead. She said this was good for us, but didn’t really help the Earth in any way.  My best argument shot down with such cold, clinical precision. However, she had a valid point. Have we ever returned anything to the planet that gives us so much? Anything to keep it spinning, keep the rains coming, keep the gravity turned on.

So, I looked into the history of man, a little, looking for anything mankind had done to help the planet. I didn’t find much. Trust me, you don’t want to wade in that pool too long, it will settle around you like a rancid, sour cloud. All of the recorded history of mankind has been a story of exploitation and abuse.

Certainly most of the really awful things were done to other members of the race. But, our relationship with Mother Earth has never really been symbiotic. We have just used what we needed with no real concern or understanding of the consequences.  We never really did much for the world, but until recently we’ve never really done anything to destroy our home, either. Technology has given us the opportunity to really show nature who’s boss.

As far as I can tell anything beneficial was an accident or a selfish coincidence. There are examples of the Incan farmers using ash, bones and pottery fragments to enrich the soil and promote the growth of crops. It allowed them to live and thrive in hostile environments. An ingenious device, to be sure, but mostly the farmers benefitted. Not really the planet.

There are numerous articles detailing how Genghis Khan helped reduce pollution trapped in the atmosphere. It seems wiping out so many population centers, and the surrounding, supporting agricultural facilities allowed the forests to grow and scrub excess carbon from the atmosphere. It is hard to imagine the Mighty Khan caring much about greenhouse gasses, climate change or human life. Particularly human life.

No, it seems any assistance we have ever gave to the enduring health of our planet has been completely accidental. Lately, though, we have been doing everything we can to destroy it, at least the part that supports life.

Lately there has been a lot of sound and fury coming from the White House about space exploration. A dichotomy of ideas that screws up reality so completely it can leave a person gasping for breath. Here is an administration that rejects science as myth when it interferes with convenience or profit, but then they want to throw billions of dollars to build a base on the moon as the first step in the journey to Mars. Here’s our president talking about windmills causing cancer. “Yeah, sure, that’s how they kill all the birds. Big piles of cancer-ridden birds rotting around the base. Very bad.”

And now we are closing in on the final act. I remember when we were so naïve and innocent we worried about a nuclear winter. I also remember when there were elected officials disputing the science behind that. Almost as if to say “nuclear war isn’t so bad, not everybody will die.” When I look back at those days, those debates, the maddening, stupid, stone-headedness need to defend nuclear proliferation, the current debate over climate change doesn’t look so ignorant.

But, it is ignorant. We are on the brink of the abyss. And all we can agree on is that we can’t agree on anything. We have never done enough to make a difference, not a real difference, and the current regime is fighting to eliminate those changes as quickly as possible. Nero isn’t only fiddling he has actually lit the match.

The headlines in my news feed read like mile markers leading away from any hope of salvation. But I look, hoping for some greater, universal awakening. It would bring some hope to see the nameless, faceless scientists behind the proof of climate change being interviewed and listened to with the same breathless, bright-eyed enthusiasm as athletes and actors. Wouldn’t it be wonderful to see “Trump declares state of emergency, signs Executive Order to fund New Green Deal.”  It would be grand to see progress, even a little toward dismantling the doomsday machine we have created and anointed mechanical deity. I would love to be able to tell my friend “we have done something right.” But, I can’t. I hope she understands, I tried.

Sorry for the scorched earth thing here. Next month we will return to our regularly scheduled programming.