THIS IS THE END 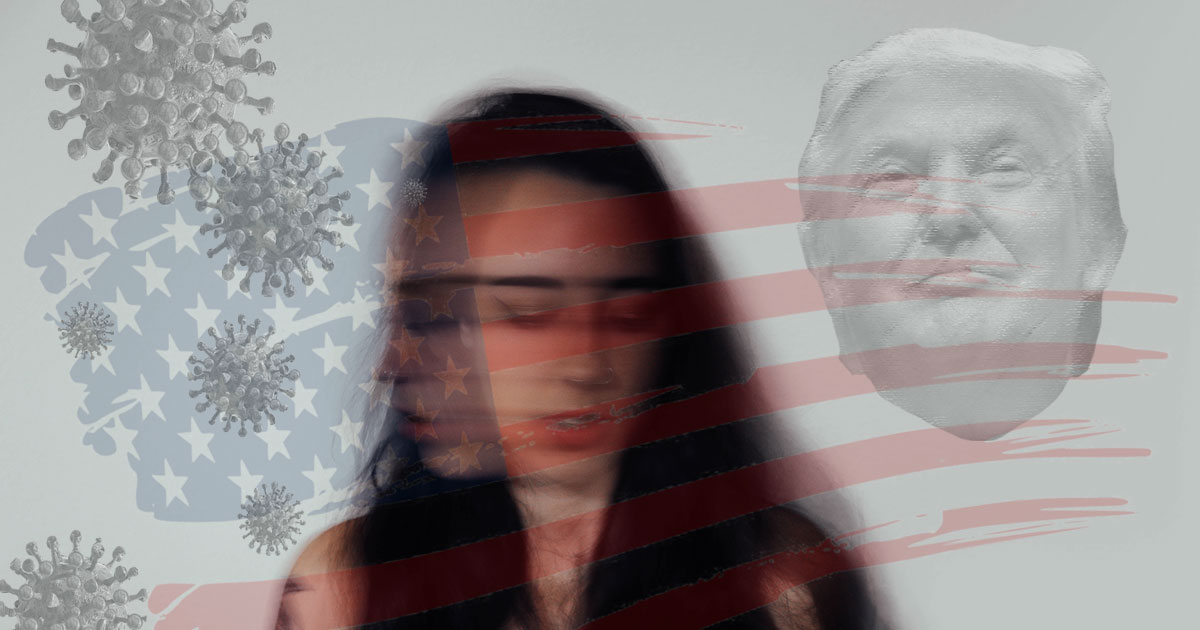 Donald Trump began his presidency by lying about the size of his inauguration crowd. He’s finishing it (I hope) by lying about the pandemic that has left America with the highest number of Covid-19 infections and deaths in the world.

Trump’s improbable ascent to power in 2016 may have been difficult to predict, but once the Electoral College shoehorned him into America’s highest office, it was easier to foresee that his tenure there would escalate from farce to tragedy. Malignant narcissism (a term coined by psychologist Erich Fromm to describe Hitler and Stalin) combined with a mafia-capo mentality is dangerous in any individual, but especially perilous in the man who wields the most power on the planet.

I’ll spare you the long and heartbreaking list of outrages that Trump and his sinking ship of fools have perpetrated on the environment, human rights, the rule of law, fundamental decency, and the Constitution. You already know. It seems sadistic to remind you once more, when you may be feeling as dismal as I am about everything going on right now.

Just days away from the election that looks likely to drive Trump out of office (I hope), the mood in America is like nothing I’ve ever experienced before. I’m tempted to trot out the adjective that’s most frequently used—and most frequently apt—to describe Trump’s reign of misrule: unprecedented. I’ve certainly never seen the levels of stress, anger, hopelessness, and suspicion that I’m seeing today. I see it in my family and friends. I see it in the news accounts I read (and like most everyone, I’m increasingly obsessed with the news, even as I’m increasingly skeptical about it), and what surfaces on my social media feeds (ditto).

Hell, I see that swirling mix of noxious emotions when I look in the mirror. About the only fantasy I can muster these days is of slipping into a cozy induced coma until January 20, 2021, so I can miss the dénouement of Trump’s era of “American carnage.” (In case you don’t recall—or you blocked it out—that was the cheery theme of his 2017 inauguration speech.)

Anxiety about the election—and the havoc Trump seems poised to wreak before and after it, win or lose—is a gnawing constant for many of us. Throw in a pandemic, and for those of us who live in the West, wildfires, and there are times when it’s almost too much to bear. At low points, when I’m sleep-deprived and lacking even a drop of emotional reserves, it feels like I no longer have a functioning mind or body. Instead of a sentient human being, I feel like little more than a tube of meat acting as a conduit for the stress hormone cortisol.

When I hit one of those nadirs about a week ago, I tried to meditate, but I gave up a few minutes in. Focusing on my breath seemed ludicrous when pandemic was spiking; wildfire was raging; and Trump, the Republicans in the Senate, and everyone’s least-favorite handmaid, Amy Coney Barrett, were conspiring to pack the Supreme Court with troglodyte conservatives who’ll undermine electoral integrity, take away reproductive rights, invalidate gay marriage, and strip away healthcare protections. I got up and made myself a Scotch and soda instead. (Ah, the pinched and mostly unhealthy joys of corona times…or it that just me?)

Trump has literally driven Americans mad. A few are firebombing ballot drop boxes. Lots more are buying guns in record numbers, others are strapping on automatic weapons to “monitor” racial-justice protests and polling places. Thousands are leaving their masks behind so they can crowd together to cheer and jeer at Trump’s superspreader rallies in states that are experiencing some of the worst spikes of coronavirus. And don’t get me started with QAnon (and please, don’t you start either).

One of the latest crazy-making developments is the damning material supposedly found on what Trump has dubbed “the laptop from hell” (just in time for Halloween!). That alleged infernal device is said to belong to Democratic presidential candidate Joe Biden’s son Hunter, and it’s said to contain evidence of international financial corruption, pedophilia, and incest—and Trump’s election opponent is alleged to be involved in the corruption part. The origin story of the laptop from hell should give one pause: a tangled web that includes Steve Bannon (a former Trump official currently awaiting trial for defrauding rubes who are gullible and bigoted enough to donate to his Build the Wall Campaign) and Rudy Giuliani (Trump’s personal lawyer, Putin’s useful idiot, and Borat’s dupe with his hand down his pants). In ordinary times, that dubious provenance would be enough to get everyone to dismiss it.

But then again, the Trump administration has conditioned, one might say groomed, Americans to believe the unbelievable. We’ve also learned the hard way, by watching Trump’s example, that what we previously thought was unthinkable can not only be thought, it can be done. In Trump’s post-truth world, with absolutely no bottom to debasement, it’s hard to discount the outrageous and feel sure that any of us has a firm grasp on the truth.

With the world record for Covid-19 infections and deaths, violent clashes erupting in some cities—and the prospect that both the pandemic and the violence will get worse in the days and months ahead—the mythical American carnage that Trump spoke of during his inauguration has now become a reality. Unlike building the wall, draining the swamp, and putting together a Republican healthcare plan, that’s one promise he has delivered on. He was also unsuccessful in fulfilling his inauguration promise of eradicating “Islamic fundamentalist terrorism” (an un-PC phrase delivered with unmistakable relish each and every time he said it—which was a lot). But perhaps Trump counts it a victory that in America, that “foreign” brand of mayhem has far been surpassed by homegrown white supremacists. We’re number one! We’re number one!

A handful of days away from the election, things look promising for ousting Trump from the White House. There’s been a massive turnout of early voters who skew Democratic, and the way things are going, America may be looking at its highest turnout in more than 100 years—and high turnout generally benefits Democrats. The polls are looking rosy for Biden (but then again, those of us who were traumatized by 2016 are both obsessed with, and leery of, polls).

Even if we dare to allow ourselves to dream of Trump’s ouster, we then have to stare down a new fear: imagining what that crazy motherfucker will do when he’s defeated. In the lead-up to Trump’s impeachment trial this past February, more than 800 mental-health professionals signed a “Duty to Warn” letter to Congress cautioning that “failing to monitor or to understand the psychological aspects” of humiliating Trump “could lead to catastrophic outcomes.”

A recent New Yorker column quoted John Gartner, a psychologist behind the Duty to Warn letter, predicting that if Trump loses, the period between the November 3rd election and Inauguration Day on January 20th will likely be “the most dangerous moment” in Trump’s presidency. Gartner asked, “What does a malignant narcissistic person do when they’re enraged? They want to act out in an aggressive and sadistic way, to regain their sense of power.”

Aggressive and sadistic acting out? If Trump were a regular psychopath, I’d ask how any of us would know the difference between that and his behavior the past four years. But since Trump has access to the nuclear football, maybe the whole world will know the difference.

Joe Biden was not my choice to be the Democrats’ standard-bearer in this excruciatingly pivotal election. When he won the party’s nomination, I disengaged from politics for a while. My thinking was, “OK, centrists, you got the candidate you wanted—it’s up to you to push him over the finish line.”

But given the astronomical harm that would come to the country and the world if Trump is re-elected, I pulled myself out of my snit. Yes, snarky thoughts sometimes resurface, like after the initial chaotic Trump-Biden debate, when my take was that a fire-spitting monster had tangled with a dusty sock puppet—and the sock puppet had won. I was glad he won, and I hope Biden keeps prevailing, because as the actress-turned-climate-warrior Jane Fonda put it, “Hey, I’d rather push a moderate than fight a fascist.”

The best hope for Americans who want to end this malignant chapter in our nation’s history is to come out in droves to vote for Joe Biden, encourage others to vote for Biden, and to be ready for what comes when Trump loses. We may have to protest, strike, and basically make this country ungovernable if the current occupant of the White House refuses to leave. But then again, if Biden wins by a large enough margin, Trump may have no choice.

In many respects, our elected leaders have failed us. But if America’s citizenry rises up to vote Trump out of office and ensure that their decision stands, we can begin the process of healing our nation.