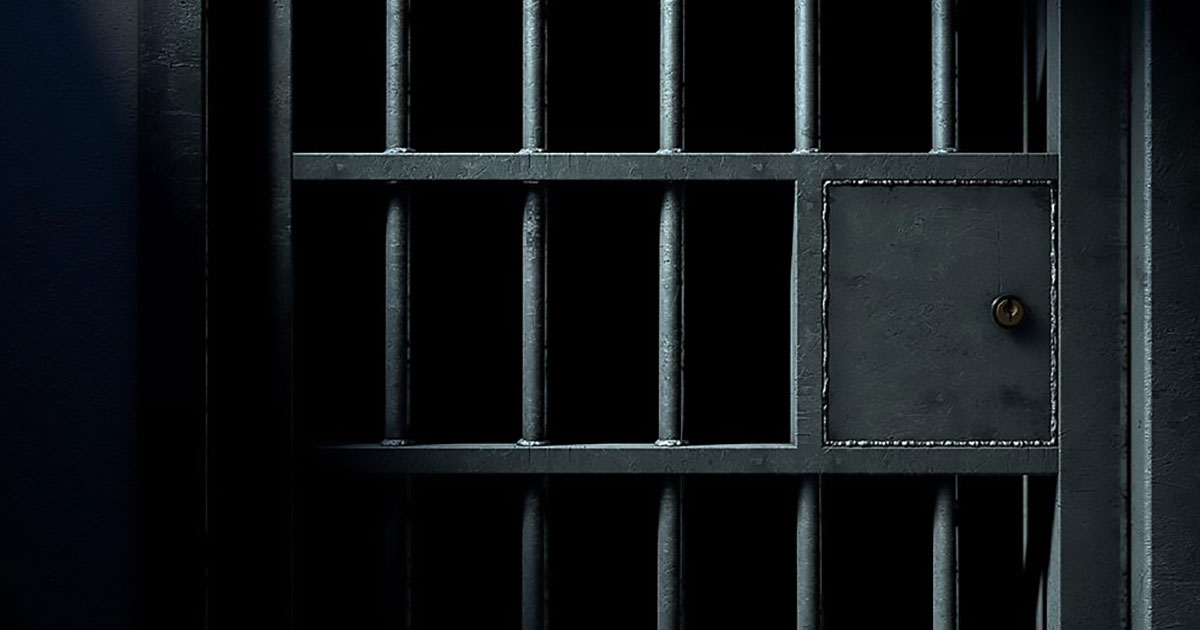 I don’t regret receiving a discipline report (DR) that cool winter day in 2006. In fact, given the opportunity, I’d do it all over again. I was serving time in state prison for theft, and on my way to “the hole” for fighting: sixty days in solitary confinement for assaulting another inmate, and sixty days for lying about it (which I didn’t, but I’ll get to trumped-up charges). I’m not violent by nature, nor do I bully men, but after overhearing a pedophile brag about dating his twelve-year-old stepdaughter, I couldn’t remain silent. I challenged him to a fair fight, kicked his big ass up and down the cellblock, and peacefully put my hands on my head as a group of correctional officers surrounded me and put me in cuffs.

But this isn’t a story about that.

The Florida Department of Corrections (FLDOC) wholeheartedly believes in the use of solitary confinement as a means of discipline, and trust me when I say that they use that stick liberally with discipline reports. The rules of the FLDOC are outlined in Chapter 33 of a lengthy tome titled The Florida Administrative Code—much of which deals with DRs and their consequences—and the list of infractions carrying a punishment of confinement is extremely long. Furthermore, the length of time spent in confinement is never equal to the seriousness of the offense, often resulting in an inmate who violated a small rule spending months in an inhumane situation. Months. In addition to receiving a DR for our own actions, we also have to worry about the many corrupt and vitriolic guards that lie about a DR in order to frame an inmate, and the paperwork always says the same thing: “Guilty, based on an officer’s statement.”

A DR may be issued for minor offenses such as smoking cigarettes, talking back to an officer, not shaving, being in an unauthorized area, or not making your bunk for inspection; all of these violations carry 30 days inside a 6′ x 10′ cell shared with another inmate. Two grown men living in a confined area together with stained concrete block walls and no window. Your food is brought to you and handed through a dirty flap in the solid steel door. The bright fluorescent lights rarely go off and the toilet/sink combo is a mere two feet from the foot of your metal bed. There is no privacy. No peace if your cellmate decides to scream to his buddy on the confinement block all morning and night. No phone. No books. Just boredom… and your thoughts. Some men sleep the time away; others create chess pieces from wet toilet paper and pass the time with their cellmate. I wrote poems. The only property allowed inside the cell is some paper, envelopes, a mini-pen, and a Bible or religious text.

After careful research in 2017, the New York Department of Corrections eliminated solitary confinement for juveniles and youthful offenders, recognizing the lasting sociological damage and mental health problems associated with extended isolation. Some other states have followed their lead, but few have expanded the prohibition to include adult prisons, citing the security concerns of keeping violent inmates in general population. One of the problems is that many of the men sitting in confinement are not the violent ones but are there for the aforementioned minor offenses.

I myself deserved to be punished for fighting—I made a choice and was no victim—but was four months in solitary confinement an appropriate reprimand for getting into a fist fight? Especially after I’d already had 90 days of Early Release taken for bad behavior? If the consensus is yes, then would the same punishment be appropriate for say… making homemade wine, an infraction that also currently carries four months? How long should it be for refusing to go to an unpaid job assignment (currently three months)? What about gambling? Should a man who gambles on a football game be thrown into solitary confinement for two months?

There is already a form of severe punishment classified as Controlled Management (CM) for hyper-violent inmates who refuse to obey the rules. The purpose of CM is to hold men who commit major offenses (murder, rape, aggravated assault, attempted escape, etc.) for an extended or indefinite period of time in solitary confinement, often for years, and always by themselves. There’s no doubt that hyper-violent inmates need to be segregated in some way; moreover, special housing units like CM can stay in place as a repercussion for that kind of egregious behavior.

The problem with having solitary confinement as a form of punishment within prisons at all is that it is not meted out fairly or justly and is neither regulated nor monitored. Inmates can and do get sent to the hole for any range of petty infractions. Solitary confinement should be considered a violation of basic civil and human rights, and this practice is without question cruel and unusual punishment.

I did not give up all of my rights when I came to prison for a non-violent crime; I’m serving a sentence imposed by a civilized society and my loss of time, property, and dignity should serve as my penance. My debt is being paid. But proper nutrition and cleanliness are a guaranteed right of the 2.3 million men and women incarcerated in the United States, and solitary confinement is neither. There were many days when I was given less than 1,000 calories to eat, weeks when I slept on a thin dirty sheet and had to use writing paper for toilet tissue, and months when, after being handcuffed and shoved into a mop closet, I could only “bird bath” shower for 60 seconds with no soap. I was mortified. I was an American citizen in prison for selling stolen property at pawn shops but I suffered like a war refugee fleeing a conflict, living on the streets..

Like I said, if you intermittently stare at that same spot on the wall for 120 days in a row, you’ve probably lost your mind. I don’t remember the exact day that I broke. Day 86. Day 112. I can’t recall going crazy as if it were my first day of high school, or the night my wife and I went on our second date. My sanity didn’t leave in an instant, like a supernova exploding in outer space, but more gradually, moment to moment, like a warm summer afternoon that grows cooler and shorter as the leaf-strewn, colorful autumn returns. Or a fistful of gritty sand that slips slowly through your fingers onto the beach. I don’t remember the exact day it happened, but I do remember the reason why.

Inmates doing time in solitary confinement are, according to the Florida Administrative Code, due to receive one-hour per week of outdoor recreation in what we call the “dog cage,” a small chain link enclosure attached to the confinement block. Each week, an officer presumably comes to your door and asks if you want “rec.” For my first several weeks in the cell, I answered yes loud and clear, but the lazy guard would check no on his clipboard, smiling and walking away as I wrung my hands. At first, I stayed nonchalant as an act of obstinacy, but my determination grew weaker every day, to the point when I would beg to be let out when a guard walked by ignoring me. One day, after my twelfth or thirteenth week of isolation, the correctional officer opened my door when I said yes, only to close it again and tell me “It’s not your day to go out, asshole.”

I began to cry.

My mind had become a mirror of normal, a fractal splitting many times over from the original and decaying at each level down. I don’t remember the exact day I lost my mind, but if I close my eyes very tight. I can feel the moment when rationale was replaced by rage and lunacy, the picosecond when it all changed; logic and reason traded for babbling feuds against invisible ants on the wall that didn’t exist in this dimension. Heart racing with panic. Sleepless nights.

My descent into psychosis was real and absolute, and when I walked out of solitary confinement after 4 months and noticed that late summer had turned to winter, I knew that I’d lost a piece of myself back there.

Solitary confinement is common practice in America’s prisons, a cruel punishment that is all too usual—currently there are an estimated 80,000 people held in long-term isolation across the US. Earlier this year the United Nations’ top expert on torture and other cruel, inhuman or degrading treatment voiced alarm at the excessive use of solitary confinement by prisons in the United States. He has called for solitary confinement to be used only in very exceptional circumstances, as a last resort, and for as short a time as possible.

An Amnesty International article in The Guardian on solitary confinement in the US noted the irreparable damage on inmates—‘some prisoners have literally lost their sanity due to the lack of human interaction – and estimated 30% to 50% of all inmates in solitary confinement are mentally ill or cognitively disabled, and 20% of those are severely mentally ill. Others have completely lost skin pigmentation because of the extreme lack of sunlight. And still others have taken their own lives after having little else to fill the time but stare at a wall for more than 20 hours every day.’