The invisible barrier between the conscious and subconscious, between real landscape and dreamscape, is anchored in a single certainty of the self. The idea of the ‘self’ is so ingrained in the physical that it can’t and shouldn’t be ignored — it is pivotal. How I see is also how I perceive. Sometimes perception can begin to shift so that what was once familiar becomes unfamiliar.

My own experience of this shifting balance, which manifested as anxiety, began as a teenager. Going home began to get difficult when I was around fourteen. Meandering around blocks, walking back as slowly as possible and then feeling the fear and trepidation five or six doors away became a daily experience. The house I’d grown up in took on a silence and a weight that was never there before, but it was coming from me. I hid in my room and sank into the dreamscape of my paintings. They helped me to focus on something other than the present; I could think and control my own world. I would do that for around five hours every evening between getting home from school and going to bed. 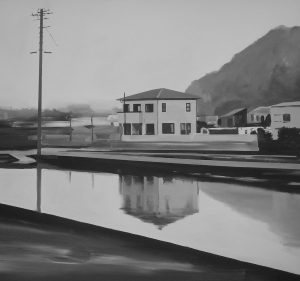 As soon as I was old enough, I began to travel, first through Europe and then Japan. I didn’t know it at the time but I was running into landscapes that had nothing to do with me perhaps in an attempt to counterbalance my own sense of malaise. A feeling of ‘uncertainty’ is something everyone will experience when they move to a new culture. At least that sense of ‘uncertainty’ was real to me, and somehow exciting. The landscape looks similar—a cup is a cup everywhere, a table still stands on four legs, food is wrapped in a plastic film—but the packaging is different, the words on the package are unfamiliar, something has shifted. At first that’s exciting, but over time that becomes something else. Frustration overrides, the individual slips into what is known as “the uncanny valley,” and they can feel lost and isolated. When my experience of feeling lost and isolated got too much I moved to another country until I began to feel weary all over. When I arrived in Berlin I had already “lived” in three countries; not including the UK where I grew up. I made the conscious decision to stop running and decided to make it my home. After Japan, Berlin did feel more familiar to my European western upbringing. I met a boy, thought I was in love, and started a family.

During the pregnancy my husband drank alone, which he had done before. It was upsetting to me, but it didn’t seem to be such a big problem that I was willing to sacrifice my relationship. We had a little girl. It was the happiest day of my life when she was given to me, a perfect bundle of baby, all purity and life and love.

In that moment I changed completely; I was no longer a child running through life in a dream. I had to be a fully functioning grown woman. I promised her I would keep her safe and perfect forever. In that moment my husband seemed to disappear from view. He became more and more distant, hiding under the banner of a “mother’s instinct”, or “I’m too tired”.

I thought he just needed time, but as our second baby was born he was hiding bottles of liqueur around the house and using bottles of mouthwash as a way of hiding the smell of alcohol in his breath. He slunk away from doing anything in the house and the verbal abuse crept in. I began to take anti-depressants and slipped into a numb dream state.

I told myself it would pass and that he would go back to being the loving husband I had married. But he didn’t. He just stopped hiding everything else, denying anything was wrong or that he had done anything to hurt me. I drifted into a state of almost total invalidation until it came to my children. I knew they needed me.

I finally got up the courage to move back to the UK without my husband. My family were not supportive. They dismissed me entirely, saying I had post-natal depression and had made everything up. They wanted me to go back to Berlin and stay with my husband. I spent some time without a home and in a hand to mouth existence. But I knew it was heaven compared to where I had come from, I also had the unwavering belief it would get better. The worry that I might not be able to feed my children was constant, I don’t think that has really ever left me.

I still haven’t been back to Berlin because even to remember it can send me spiralling back. It isn’t Berlin that is the trauma, the trauma is in me. My perception of Berlin is a landscape shrouded with negative memories.

The landscapes I have been painting since I was twenty-one were always about my anxiety, but it has only been in the last two or three months that I really understood why. The paintings turned monochrome just over a year ago when the trauma of these events began to take hold. I always rationalised the decisions in my work through academia, and I will continue to validate them that way, but they come from the deepest part of me and that will always be two steps ahead of my conscious self. 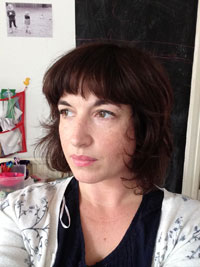 At the age of 7 Charlotte Brisland wrote a letter to Father Christmas asking that instead of presents that year she would prefer “to become a famous art worker”. As an adult; age 12, Brisland made the decision to begin her career as an artist and began painting in all her free time. Her first-ever exhibition was at the public library in Portsmouth when she was 17. When she realised the landscape was possibly the most profound thing she could work with, Brisland decided to take long vacations to foreign countries as a way of truly experiencing them inside out. Sometimes the long holidays became independent residencies between 1 and 5 years. During that time, Brisland’s late Christmas present arrived in the form of an acceptance letter to the Royal College of Art in London. After that, Charlotte Brisland began to exhibit all over the world in Europe, Japan and New York. Recently, as a very old lady of 37, Brisland has settled right back where she began in the seaside town of Portsmouth with her two children. She is very happy.

Fabien Leseure is a French composer and musician.  He lives with his family in Berlin.

For information on his music you can visit his SoundCloud page. 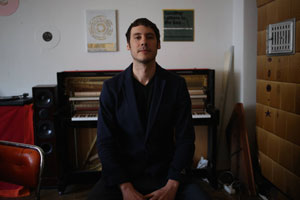 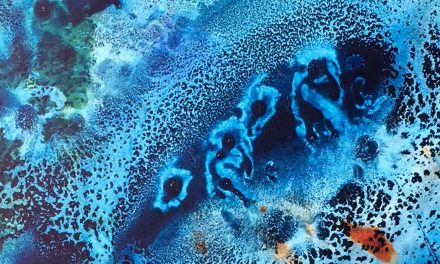 Below the Surface – Movie 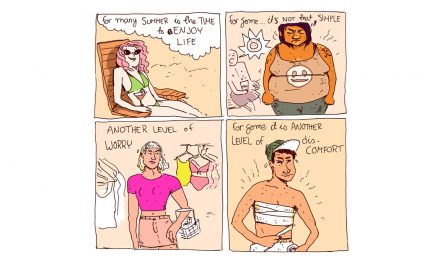 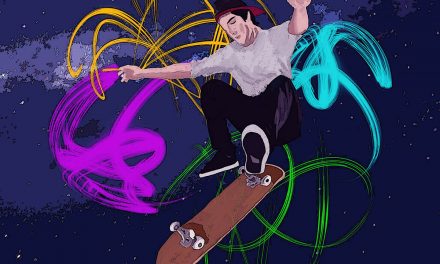 Christ on a Darkslide 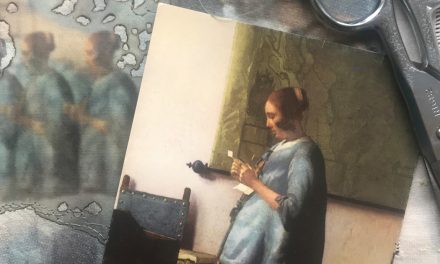