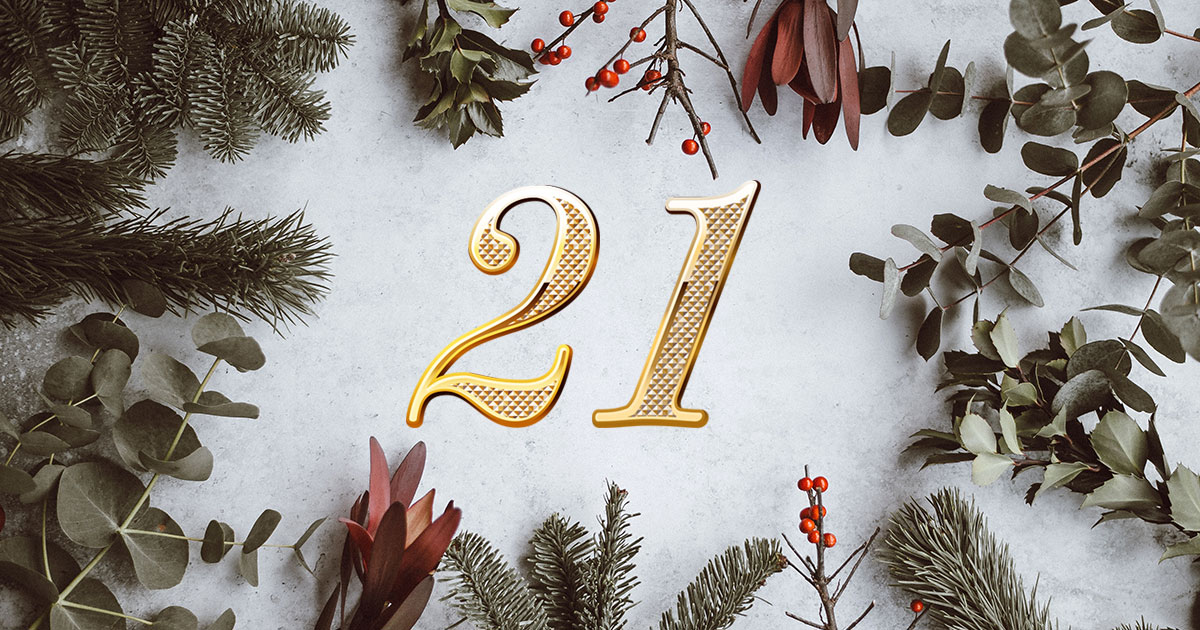 In yesterday’s advent calendar, Brendan aka Santa Claus tries to explain his true feelings and motives on Tinder to Granny, read Day 20 here.

Milliseconds later, the creator of the clatter in the kitchen appeared: a reindeer bounded into the sitting room and lunged its head menacingly at Brendan/Santa, forcing him towards the Christmas tree.

“Game over, Kris,” the reindeer said. “I’ve got antlers and I’m not afraid to use them.”

“Stay back,” the reindeer announced to the human beings in the room. Not that he needed to. They had all frozen in position, and not because of the gust of icy air that accompanied the reindeer’s entrance.

“Ah, I see you’ve got my nose, Paul,” the reindeer said without turning around. “Would you mind?”

“Pop it back on, there’s a good lad,” the reindeer said. When nothing happened, he sighed, retrieved the red knob in the blink of an eye – and without relaxing supervision on Brendan/Santa – and attached it to his nose himself. It instantly started to pulse red, a bit like the rear light of a bicycle.

“Right, transmitter’s back on,” the reindeer announced. “Nick’ll be here shortly. Then, I’m afraid,” Rudolf prodded his antlers into Brendan/Santa, forcing him against the Christmas tree, “it’s last orders for you.”

“I knew it was you, Rudolf,” Brendan/Santa said malevolently. “I never trusted you.”

“That’s ’cause Rudolf has his own red nose. He doesn’t need a fake one,” Holly interjected.

The adults in the room remained petrified in place – particularly Brendan/Santa, who glowered furiously at the reindeer. Even Garda Selina Brady, for the first time in a very long time, was open-mouthedly, speechlessly astonished. Only Holly and Noel seemed able to function almost as normal.

“How do you know everyone’s name?” Noel asked. It was unnerving.

“Who are you then?” asked Holly. “Where’s Rudolf? Why are you pretending to be him?”

“Rudolf and I did a swap,” said the reindeer. “Santa had had intelligence that Kris was planning to throw a large spanner into the works. So he asked the ERU to step in. So I – ”

Alias Rudolf sighed. “To continue: I needed to stay close to Santa, so I took Rudolf’s place. Told him it was time he took a holiday. He wasn’t too keen initially. So I told him he could choose a place himself, or I’d choose one for him. Made up his mind pretty fast. From all accounts, he and his nose are having a fine time in Thailand.

“So Kris,” the reindeer turned to the man he had pinned against the Christmas tree, “as Santa will be here any moment, maybe you’d like to take your last opportunity to apologise to this good lady for leading her round the garden path?”

Granny was first of the humans to thaw. “What did you call him?” she asked tremulously.

“Kris. Allow me to introduce you, Anna. This is your ex-boyfriend, Kris Kringle. AKA Secret Santa. But we know him as the Dark Santa.”

“That’s right,” said a fruity, jolly voice. The shock of having yet another visitor in the early hours of Christmas Day gripped the Carroll family and the two gardaí. Everyone but Alias Rudolf whipped round. In front of the fireplace, without warning, a larger-than-life, Santa-suited Santa had appeared.