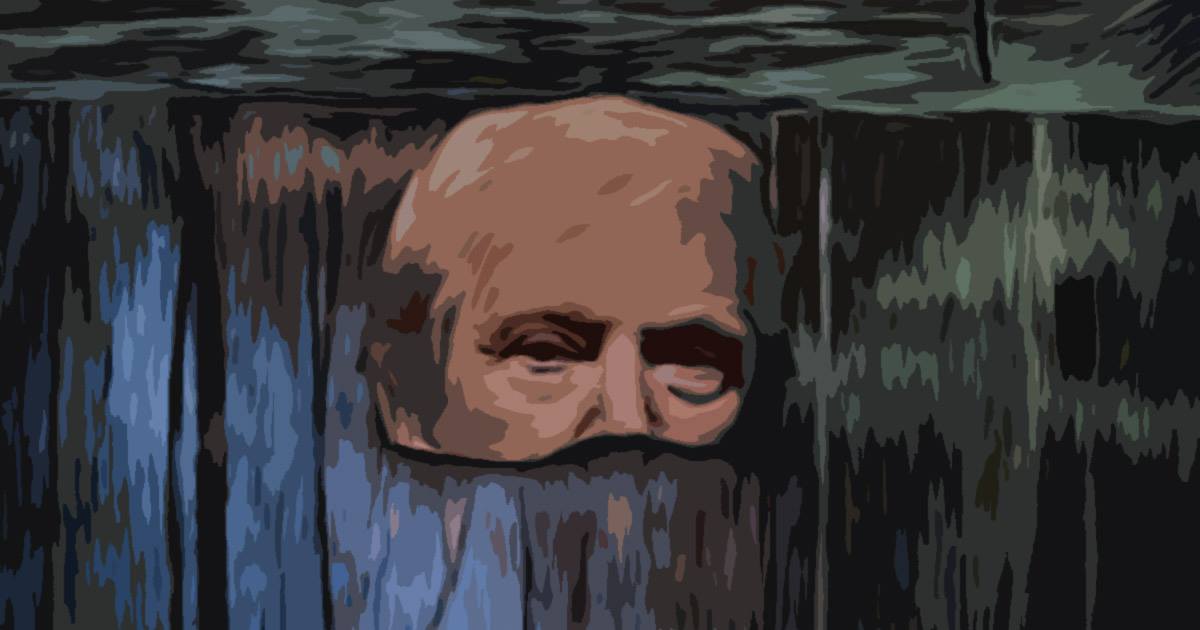 I came this close to taking the month of June off. I covered FBI Director James Comey’s shocking dismissal in last month’s column, and since then, the news out of Washington, D.C., has mostly been a steady buildup of dread. Basically, it feels like the U.S. government is a massive cyst waiting to burst. Since there’s not a whole lot to say about that, I figured I’d maybe just hang out at the beach a bit, stock up on canned goods and ammo, and save my strength so I’m fresh when the time comes to chronicle the political and social cataclysm that feels imminent in America today.

But I couldn’t take the month off once I learned that the theme of this month’s Wild Word was “Filth.” That particular word is one of the few signifiers of foulness that hasn’t been dancing in my thoughts since Trump moved his outer-borough carnie show from New York to Washington. (I’m perpetually finding notes, both typed on my phone and scrawled on scraps of paper, saying things like “Donald Trump is a man-sized hemorrhoid.”) And filth is the perfect descriptor for the oversized shit-stain currently defacing the White House. (That’s another scatological image dictated into my iPhone during a restless night. And yes, that’s how I roll: crude enough to use a term like “shit-stain,” prissy enough to hyphenate it.)

You might ask, Hey girl, why all the potty talk?—especially if you’re a circa 2010 Ryan Gosling Internet meme. Really, it’s unlike me: I embrace a good Anglo-Saxon curse now and again, but I generally don’t go in for scatological ickyness. But “President” Trump, rumored to be a golden-shower aficionado, doesn’t always afford us that luxury.

That’s because underneath all the bronzer and pomade, Donald Trump is filthy—unmistakably, rankly, stomach-churningly filthy. Absolutely nothing is clean about the man: not his language; his thought process; nor his policies of rolling back protections for the environment, tearing away safety nets for the poor, and stripping healthcare from the less fortunate to provide massive tax cuts for the richest Americans.

I won’t spend much time commenting on the misshapen and apparently irradiated vessel that houses Trump’s atrophied brain and shriveled soul. But I would like to remark on the hubris of walking around looking like that while calling others “fat pigs” and “disgusting animals.” There are mirrors on nearly every surface in Trump Tower, so it’s hard to fathom how the man could be oblivious to the displeasing particulars of his own embodiment. And now that I’m being bitchy, I’ll also ask this: How is it that a man who apparently prizes all things ritzy secures the undersides of his oversized silk neckties with Scotch tape?

Moving from the petty to the more substantial (something Trump is incapable of), I’ll say this: The current president is going down, and pretty much everyone knows it. However, since the dimwitted Narcissist-in-Chief is one of the few who can’t see the inevitable, it’s likely that a whole lot more filth will be spewed before America can start mopping and disinfecting the White House. (And let’s face it, a place built by slaves and often inhabited by men of dubious values ain’t exactly pristine.)

From JFK to Tony Soprano

Filth flies off the Trump administration like spatter from a mud-wrestling contest—and the dreck comes from many sources. For starters, there’s the nepotism that has Ivanka Trump and her husband Jared Kushner filling official roles in the administration—despite having zero government experience and dubious qualifications. Then there’s the Trump family’s likely violations of the Constitution’s Emoluments Clause, which was designed to ensure that government officials, including the president, won’t be corrupted by foreign influence or put their own financial interests over the national interest. And of course, there’s the motherlode of murk surrounding the administration and Russia, from the possibility that the Trump campaign colluded with the Russian meddling designed to throw the election its way to the intrigue surrounding the Trump organization’s financial dealings with banks and other businesses with close ties to Putin. And of course there’s the little fact that Trump basically admitted to obstruction of justice when he confessed that he was thinking about the investigation into his administration’s ties to Russia when he fired FBI Director Comey.

I’m no Reagan-deluded subscriber to the America-as-shining-city-on-a-hill metaphor. I’m woke enough to understand in many areas, both domestic and international, the U.S. government’s role has been closer to knave than knight. But it’s only under Trump—and he brought us this low in a matter of mere months—that the country has become unapologetically synonymous with a cynical, transactional, and morally dead worldview. If Obama aspired to become an idealistic and uplifting leader in the model of John F. Kennedy, Trump is aiming to be a shady wise guy like Tony Soprano. But he sucks at it, so America is well and truly fucked.

The United State’s swift decline was blindingly evident during Trump’s recent meeting with European leaders, when he chose to go it alone on matters great (being the only defector from the Paris Climate Accord) and small (riding in a golf cart looking like an obese potentate, as opposed to walking with the other world leaders, who seemed to be literally striding into a future that will have far less room for the United States). Trump’s maladroit boorishness was on full display when he shoved the prime minister of Montenegro out of the way to position himself in the center of the front row for a photo. At least he got his comeuppance (also caught on camera) when French President Emmanuel Macron delivered a coup de grace: swerving away from an expectant Trump to instead embrace German Chancellor Angela Merkel—effectively crowning her the new leader of the free world.

There is so much that’s distressing about a person as debased and dopey as Trump ascending to America’s highest office, it’s hard to know where to start.  On a psychological level, for some Americans (including this American), one of the shocks is the realization that in just a few months, our country has gone from arguably the most consequential nation in the world to one that is increasingly beside the point. Sure, we’d likely be on that trajectory anyway. But last year, at least it looked like a major power like China would be the instrument bringing our nation low. We didn’t think it’d be a grubby wrestling and beauty-pageant promoter from Queens.