People Power and the Failure of the COP Process 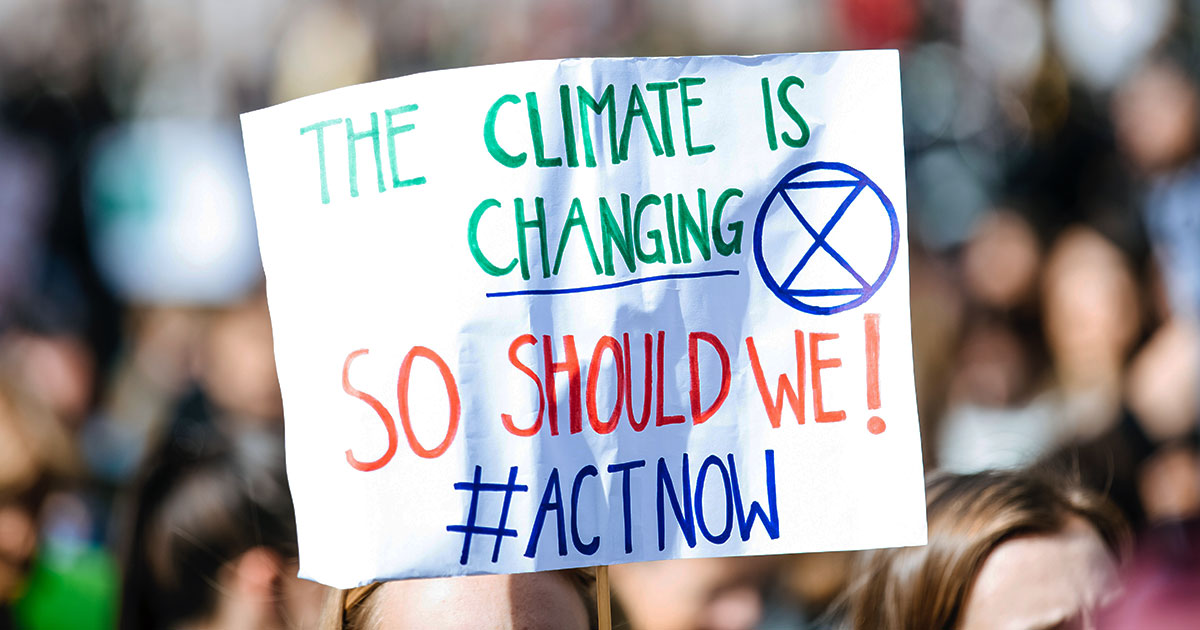 It has often been said that these days it’s easier to imagine the end of the world than the end of capitalism.

Looking at the bitter farce of the 25th United Nations Climate Change conference (COP25) climate gathering in Madrid and the collective failure of world governments to come up with anything remotely resembling a solution to the ongoing climate catastrophe, the impending end of the world, or at least of human civilization, is cast in a stark new light.

If there ever was a case of the capitalist class rearranging the deckchairs on the Titanic, this must be it.

At the time of writing, COP25 has just ended with an appeal to governments to bring proposals to next year’s meeting, effectively just kicking the can down the road.

But most of the negotiations were taken up discussing the widely discredited carbon trading mechanisms, seen by many as merely a way of enabling a “business-as-usual” approach in the face of the climate crisis.

And even whilst that was happening, states such as the USA, Australia and Russia were busy sabotaging the process and making sure that final statements contained absolutely nothing that could possibly harm the interests of their respective fossil fuel lobbies.

The backdrop to this of course are the latest IPCC (Intergovernmental Panel on Climate Change) findings from 2018, which give us until 2020 to start reducing carbon emissions if we want to have any hope of adhering to the 1.5°C target of the Paris Agreement and avoid catastrophic runaway climate change.

This was a point hammered home last year in a speech by UN General Secretary Guterres.

Yet, to date, not only are carbon emissions still rising (along with significant increases in methane emissions), but world leaders seemingly have no problem committing humanity, and the entire earth, to a future in which mass extinction, and the collapse of our life support systems, is a real possibility.

At present, we are experiencing just over 1° of warming. The Amazon and large parts of the Australian east coast rain forest are burning. Glacier coverage is disappearing around the planet, droughts are becoming longer and more severe, hurricane systems more intense and destructive.

At 2° of warming we can expect extensive crop failures, a further increase in heat-related deaths, further sea level rises, the transformation of the Amazon into savanna, the initiation of runaway climate change via self-reinforcing feedback loops, the extinction of a third of all non-human life on earth, and the displacement of millions of people due to climate-related causes.

At 3-4° of warming ice at both poles vanish, maintaining agriculture becomes increasingly difficult, places such as the UK could be facing summer temperatures of 45°C and permafrost has been irreversibly thawed, releasing an additional 500 billion tons of carbon into the atmosphere, essentially locking in further temperature increases.

Above 4°, even places such as Alaska could be too hot to grow crops. With the collapse of agriculture, human populations face starvation and extinction, oceans are dead, and the methane in the atmosphere destroys the ozone layer, effectively signaling the end to almost all life on earth.

Projections for our current trajectory put us on course for somewhere between 3° and 7°C by the end of the century.

This is the future that capitalism has in store for us.

The shameful collapse of the COP process, the willful ignorance of leaders such as Trump, Johnson and Trudeau, the ecocidal mania of Bolsonaro and others like him, and the rise of anti-immigrant neofascist movements around the world, are all symptoms of the ruling elite’s refusal to engage with impending catastrophe in any way other than actively making things worse.

Scientists, environmentalists and climate justice campaigners have been making demands of world governments for the past 30 years.

So far, nothing has happened.

Even the European Union’s much fanfared European Green Deal has basically been described as “too little too late” by organizations such as Friends of the Earth Europe. Without enforcement mechanisms, and legally binding ways of stopping fossil fuel production and extraction, the idea of becoming carbon-neutral by 2050 is just so much pie in the sky.

Our situation is grave, and getting graver.

The only way forward for us now is to continue to build the resistance movement in any and every way we can.

Less than a month ago, millions of people were once again on Climate Strike, demonstrating in cities around the world.

Half a million people demonstrated in Madrid to underline the urgency of the ongoing breakdown in our life support systems.

Yet their appeals remained unheeded by the powers that be. Young protestors within the building hosting the COP discussions were forcibly removed.

“Civil society has been shut out of this COP. Our lives, children and future generations are in your hands, and you are failing us. Do you want to be remembered as the ones who had the chance to act but decided not to, as betrayers of our generation, of indigenous people and of communities desperately fighting on the ground? We are rising. We are fighting. And we will win. COPs have failed the people and the planet. People power. Climate justice now.”—Zuzanna Borowska of the Polish Ecological Club, addressing COP25 negotiators

The ignominious failure of the COP process has made it clear: nobody is coming to save us.

Certainly not the 100 fossil-fuel-related firms responsible for 70% of global carbon emissions.

Certainly not the unredeemably corrupt governments determined to do the bidding of the fossil fuel lobby.

Our only way forward now is to build the movement, spread the word, mobilizing as many people as we can, and creating as many alliances as we can in the process.

Make no mistake, what world governments have in store for us is a form of barbarism possibly worse than anything the world has ever seen.

Entire swaths of the planet left as sacrifice zones, in which human and animal life is at best, barely sustainable, and at worst, worthless.

An ecosphere blasted and depleted, ravaged by the Sixth Extinction and without any hope of renewal in the foreseeable future.

Future generations wiped out by a thirst for profit so unquenchable that destroying our only planet seems like a viable business model.

The US government mobilized $16.8 trillion during the bank bailout of 2008, yet is prepared to invest precisely nothing to save the world.

The death logic of decadent capitalism has turned even a modest request for clean air and clean water into a revolutionary proposition.

After 30 years of scientific evidence, civil society protests, and dire warnings, this is their answer.

We won’t forget it.

We must demand the expropriation of fossil fuel companies and the financial institutions that support them. No business interests can have the right to place the future of humanity in jeopardy. Such enterprises must be placed under democratic control.

The right to life, for all human and non-human life on this planet, must take precedence above the right to profit.

This may or may not be the end of the road for the COP process. But it is certainly the end of any illusions we may have had regarding the ecocidal greed of the big polluters.

In the face of suicidal inaction from world governments, all Climate Justice movement organisations leaving COP25 have been clear in their message: We must continue. This is only the beginning.