Have Yourself a Merry Little Impeachment 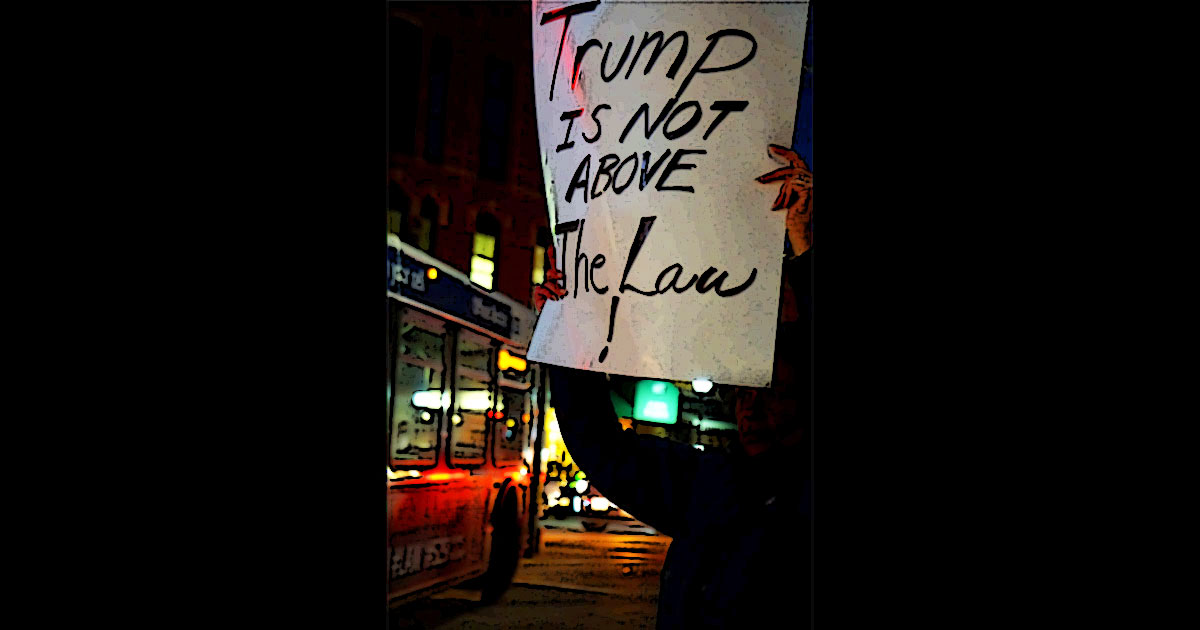 By the time you read this, Democrats in the U.S. House of Representatives will likely have voted to impeach President Donald Trump. Congress will be getting ready to adjourn for the holidays (it’s good that Republicans love coal so much, since Santa will be leaving tons in their stockings). And the New Year will likely open with a trial in the Republican-dominated Senate that will let Trump off the hook.

In some ways, things do feel grim and predictable, but there are some bubbles of hope this holiday season. Some of them rise from how jaw-droppingly widespread (and inept) Trump’s criminal enterprise is. The man is so corrupt and sloppy; he’s got to get caught for something, right? Scores of lawsuits, criminal cases, subpoenas, and Freedom-of-Information-Act requests are pending against Trump, his family, and his administration. Any one of them has the potential of exposing evidence that’s damning enough to send Trump to hell or the Moscow penthouse he so richly deserves. Congress’s impeachment inquiry isn’t the only game in town.

But on the eve of the House vote to hold Trump accountable for just some of his myriad abuses of power, the thing that gives me the greatest hope is the swelling tide of resistance. Under the auspices of progressive groups like MoveOn and Indivisible, hundreds of rallies took place in all 50 states and Washington, D.C., on Dec. 17 to demand that Trump be removed from office. It was one of those inspiring moments when the vastness of the anti-Trump resistance becomes visible.

And audible. At the rally in the semi-rural California town where I live, more than 300 people came out to bang drums, blow whistles, and chant. Passersby on foot and in cars demonstrated approval with waves and honks—though there were a few voices of opposition, notably a lone man who shouted “Four more years!” in response to the crowd’s chant of “No more years!”

On the national stage, it’s heartening to see so many House Democrats in Trump-leaning districts come forward to say they’ll vote for impeachment because they’d rather lose their jobs than their souls. Newspaper editorial boards are issuing stirring cries for impeaching and removing Trump from office. And more than 750 respected historians (some of them pretty darn famous) signed an open letter urging Congress to show Trump the exit, saying, “It is our considered judgment that if President Trump’s misconduct does not rise to the level of impeachment, then virtually nothing does.”

Increasingly, regular Americans are coming to the same conclusion. A Washington Post poll showed that 49% of respondents supported impeaching and removing Trump, while 46% opposed the idea. A Fox News poll looked even worse for Trump: 50% of respondents wanted to kick him out of office. And remember, that comes from Fox News.

Trump’s response is to fume and sputter like a perma-bronzed Rumpelstiltskin. In a six-page letter that will go down in history (but not the way he intended), he flung around half-truths, lies, and self-aggrandizing whoppers with Trumpian abandon. Clearly the letter was a group effort, since it sounded like an amalgam of the president (lots of exclamation marks and talk of “witch hunts” and “hoaxes”) and people who know what words like “nullification” and “egregious” mean—likely his lawyers. But the fancy façade was stripped away in a fundraising letter signed by Trump that same day: “Remember, this is WAR and America’s future depends on us winning.”

Before Trump, could you ever imagine an American president making such a statement?

I don’t know how things will turn out. To me and many others, it seems that the impressive array of officials and diplomats (plus Gordon Sondland, the United States Ambassador to the European Union) who testified during the impeachment hearings made a consistent and damn compelling case that Trump subverted U.S. foreign policy and bullied an ally to interfere in the upcoming 2020 elections. After Ambassador William Taylor gave a detailed description of how a ragtag team of Trump allies co-opted the State Department’s Ukraine policy to personally benefit the president, the best retort the lawyer representing the GOP could come up with was, “It’s not as outlandish as it could be, correct?”

If that’s all you’ve got—and really, the Republicans don’t have much more than that—then you deserve to lose. It’s pathetic to complain that no one with first-hand knowledge has testified when your side is blocking everyone with first-hand knowledge from testifying. Or whine about a lack of evidence when the White House categorically refuses to release any recordings, documents, or emails.

But unfortunately, the people who have the biggest say on Trump’s fate are Senate Republicans, and all indications are that they are willing to debase themselves and the country to save the president’s extra-lardy bacon. But if public outcry continues to build, if more editorial boards call for impeachment, if Republican Senators start to feel pressure from their voter base and if Trump’s poll numbers keep slipping, there’s real hope that America will free itself of Trump in 2020. Maybe it’ll happen through impeachment; or more likely, the election coming up in November.

I hope that prospect cheers you this holiday season.