On dharma and the spiritual poverty of the American left

I have a spirit and so do you. Over twenty-eight years my spirit has been nourished, emboldened, soothed, affirmed, enlivened, neglected, depleted, torn, and broken. The spirit in us is malleable and precious. Whenever I meet someone with a strong spirit I feel excited and want to know more. There are resilient spirits, wild spirits, and restless spirits. Spirits which are small and in need of attention, spirits which expand to fill a room. I treasure spirits which have preserved the playfulness of childhood, and spirits which have overcome great struggle. Compassionate spirits, attentive spirits, and bold spirits are particular favorites of mine.

My sophomore year of high school, the recurring theme for our honors English class was ‘the resiliency of the human spirit’. I recall reading Things Fall Apart by Chinua Achebe and The Color Purple by Alice Walker, and we analyzed both stories through the lens of resiliency (this was 2010 Oregon so, laughably, ‘race’ for Walker or ‘colonialism’ for Achebe didn’t come up). Shortly after, my dad introduced me to the Ayn Rand series. I read her quite studiously and became fascinated with defining the human spirit by its ability to conquer and control. Then in university I was exposed to Marxism and collectivist thinking. I shifted from lionizing the individual spirit to the collective, and my dreams for my own spirit shifted again.

Now I am five years out from university, and I have become particularly fixated on how the purpose of my spirit is to enact the will of my character. Sadly, this mission is lonesome because there is very little space in the progressive cultural conversation to discuss one’s character and integrity or to be overly interested in these attributes. It has been made historically inevitable that we develop within the bounds of traditionally progressive topics such as the politics of class and labor, race, gender, and ethnicity, or American imperialism, but I worry that without discussion of character, integrity, and spirituality, the moral superiority of the American left is a house of cards.

Our movement is only as spiritually strong as its people. Much like Indian spiritual leader Swami Vivekananda, I believe we need rigorous spiritual discipline to further our social movements, given that personal betterment helps the collective. Unfortunately, I’ve found the American left to be woefully devoid of spirituality. Perhaps this is because ours is a reaction to the Christian right and so extreme secularism has become the antidote to religious extremism. I also wonder if we repel spirituality because the American left is skeptical of any form of fealty or tradition. Atheism and nihilism is the leftist drink of choice, but there’s a new crowd in town.

Our movement is increasingly nonwhite and nonmale. More folks are coming into the fold from religious traditions that hold deep cultural value, and I hope we will continue to understand, explore, expand, evolve, and adapt our spiritual heritage to meet the moment and service our politics. Giants like AOC, Dr. Cornel West, and adrienne maree brown preach a politics rooted in spiritual practice and teaching.

I am a Hindu, born and raised. ‘Dharma’, or the concept of duty, is baked into my DNA. Dharma is one of the four pillars of Hinduism and it circumscribes your role in life in relationship to your family and society. It’s a complex subject with much political and social connotation in India and within Hinduism, Buddhism, Jainism, and Sikhism. The wheel in the center of the Indian flag, known as the ashoka chakra, represents dharma and was proposed by Gandhi in 1921. The chakra, or wheel, was used for spinning khadi, or a hand spun and woven cloth, during the movement for a free India, thus symbolizing self-sufficiency and discipline. Connecting spirituality to political organizing was Gandhi’s entire ethos. I believe our social movements, and per my concern the feminist movement, requires a dharmic practice. Moving forward, I aim to explore how my dharmic duties are connected to my role as a student of life and a critic of power. 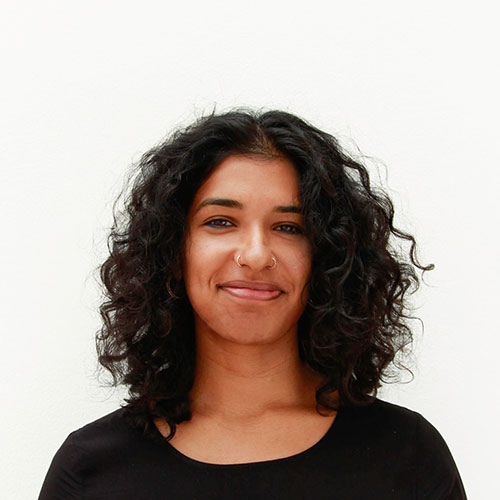