Say you are in a subway station. At the end of the tunnel a security camera’s light winks red, and intervening between your gaze and many people’s faces are phones whose lenses glint under fluorescence, and they may or may not be filming you. This is not so different from an untrodden forest at night, where a flicker may mean an owl’s eyes or a will-o’-the-wisp or the hem of some local phantom’s lambent cloak. In both places, the light plays when spirits witness you.

This month, I feel it’s necessary to discuss two recent feminicides. I use the term “feminicide” intentionally, as these killings must be analyzed within a political framework. These tragedies have received insufficient attention in the English-language media. They deserve expression and to be put in conversation with each other. The specters of surveillance and tech platforms’ delusive phantasmagoria play a role in these events. But having invited those spirits to the space, I now draw my ritual circle and request they step aside.

September 11, 2022; Quito, Ecuador. María Belén Bernal “disappeared … in the General Alberto Enríquez Gallo police academy,” where she had gone to meet her husband. “[Her] husband, police lieutenant Germán Cáceres, is the primary suspect […] and his whereabouts are currently unknown.” She was later confirmed dead when “[her] remains were found on a hill near the academy.”

Bernal’s death has further incensed the public against Ecuador’s already-reviled president, Guillermo Lasso, and the violence license he’s granted to police. Protests have followed, renewing discourses on the government’s general failure, police unaccountability, and the incidence of feminicide in Ecuador more generally.

To date, no political or legal action has been taken. The police academy is surrounded by a spiritual ward or event horizon which prevents the escape of information. While the police are permitted to surveill and monitor freely, strict regulations preclude surveillance of the police. Recreational drones, otherwise legal in Ecuador, are banned within a wide radius of the police academy. Nor can anything be gleaned from the tight lips of Cáceres’s fellow officers. “No one is searching for or holding accountable those who let María Belén Bernal into the academy, or those officials who were in the adjacent rooms.”

Three days later, on September 14; Tehran, Iran. Zhina Amini (also known as Mahsa Amini) was murdered by the Guidance Patrol (Iran’s morality police). Amini was arrested because her hair was partially exposed under her hijab. Once there, Amini was detained, beaten, then brought to the Kasra Hospital in Tehran, where she ultimately died.

This murder sparked an immediate response. Geopolitically, Amini’s murder has served as an excuse for the U.S. to tighten Iranian sanctions yet further. People across the world have marched in support of the rights of Kurdish people and of women in Iran.

Within the country, protests began immediately and have continued unabated. In response, the Iranian government has ramped up Internet restrictions. It first blocked popular communication platforms like Whatsapp and Instagram. Then it cut access to the internet as a whole, restricting all traffic to the nation’s highly-policed intranet. What happened to Amini is only known because her brother followed her after the arrest: he stood outside the re-education center, where security forces repeatedly lied to him, even as his sister was taken away by ambulance. The internet blackout has rendered Iranian protesters’ struggles largely invisible to the rest of the world, just as what happened inside the re-education center was invisible to Amini’s brother.

Between January 1 and September 3, 2022, 206 cases of feminicide have been formally recognized in Ecuador. And since the protests in Iran began, at least 300 protesters have been killed. I list these figures not to compare them to each other, but to highlight how many lives are being lost as the result of brutal, misogynistic policies and the brutal, invisible police that enforce them.

Many lights in that untrodden forest went out when the Iranian government cut Internet access. Centralized control of ISPs and of surveillance infrastructure kills the luminous, anarchic animism of the Internet. At the start of the protests, technologists began proposing mitigation measures: the encrypted messaging application Signal released instructions on how to host a proxy; others proposed community-owned connectivity solutions akin to the NYC mesh network. The former solution cannot work when all Internet access has been cut; the latter would be a good proactive measure but fails as a reactive one.

Let us hope that more communities begin to adopt these proactive measures. Otherwise, we will continue to see authoritarian governments blot whole communities out of view and commit similar atrocities, invisible and unchallenged. 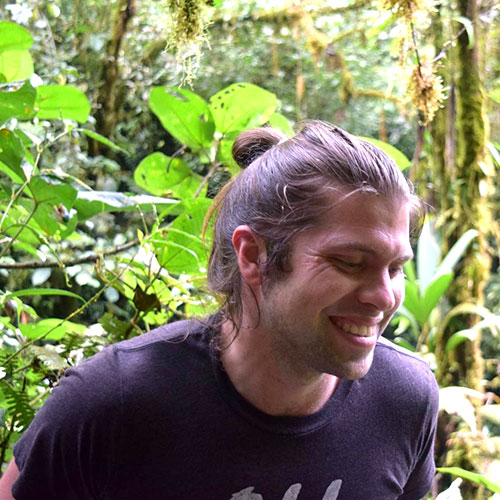