ON A MAN’S RIGHT TO FEEL 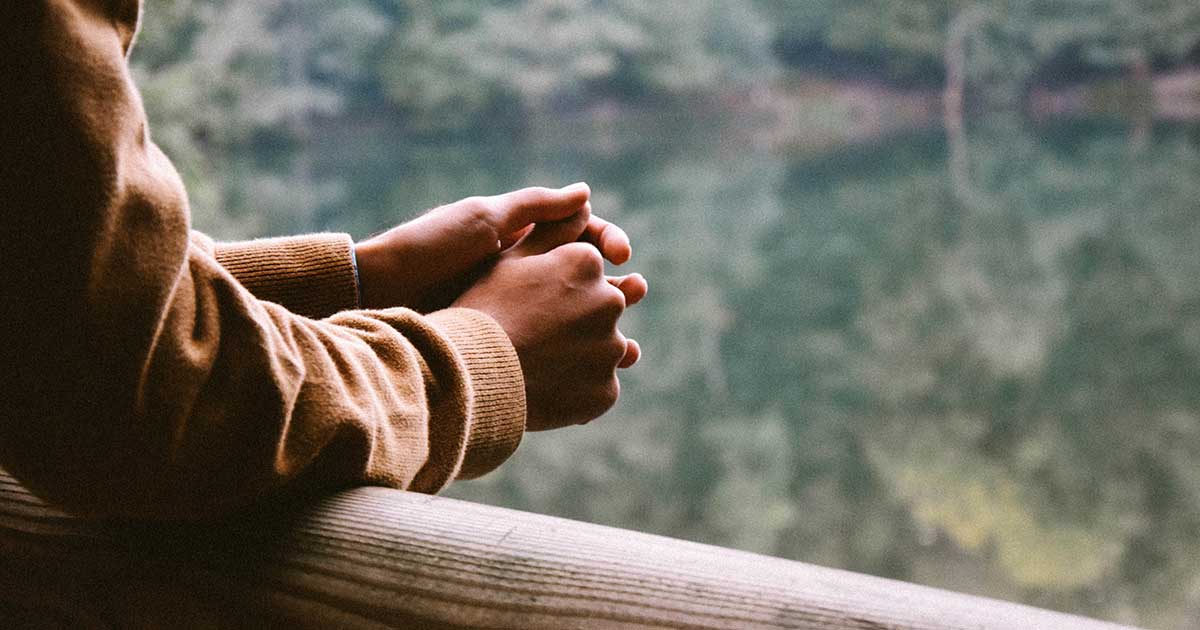 I remember when I saw my grandfather cry for the first time. Until then, I didn’t know he was capable of it, and that’s not an exaggeration. For so long, he had been a stoic man, save for a few emotions, one of the most prominent being anger. Even his smile seemed repressed.

I can’t blame him for crying; in fact, I’m happy he finally felt the relief of tears. I wish it were under different circumstances. I wish it didn’t require the death of his wife.

The world will fool you into thinking that men aren’t supposed to convey emotions. That we’re supposed to get through it all with a calm look on our face, the brave expression of a statue. How many superheroes cry? How many times have men been publicly criticized for crying in front of people. It’s difficult to name a Hollywood actor or action star who is shown to cry frequently. We might as well be a blank void with nothing but the surface.

Fathers, especially, aren’t granted the right to emotions. We’re allowed to be stern, strict, even callous, yet expressing sadness is seen as the antithesis of manhood. Somehow, not asking for help, not crying, not being vulnerable in any sense is seen as a strength, when in fact it takes more strength to muster up the courage to admit you’re struggling.

I wouldn’t be surprised if most children think their parents are perfect, at least in the early years. I also wouldn’t be surprised if the majority of parents believe they must live up to this perception. Striving for perfection doesn’t mean ridding yourself of all emotion. It means taking control of them, embracing them, and finding a way to cope.  As men, we are expected to freeze our emotions, to be like snow. But we are a complex system of many feelings, like the grass below the snow, the soil, the trees, the wind.

The saying, “Nobody’s perfect” is used quite often when it comes to parenthood. We use it when we’re try to make ourselves feel better about doing something that upsets our kids. Whether it’s losing our patience, forgetting something important to them, or just steering them in a direction that didn’t go well. It’s not a very compelling mantra. It sounds more like an excuse.

I would phrase it differently. Something like: “Nobody’s perfect, but it’s the strive for perfection that counts”. Being stoic and concealing your emotions from your family has a time and place. For example, there’s no point in losing your temper after the baby has been up the fourth time that night, you’ve nearly fallen asleep in the rocking chair and you have to wake up for work in half an hour. Though it would be completely natural.  Because anger is a natural emotion – one that needs to be expressed or channeled in some way – but it’s important that we don’t lose our temper. Rather, we should learn to manage it.

I remember the first, maybe only, time I saw my dad cry. It was after his mother had died. It was only a few months ago that I saw my grandfather cry for the first time. It was during my grandmother’s funeral. He had been such a closed-off figure until that point. I knew his anger well because it was the emotion he struggled with the most often, but there had only been one other time I’d seen him sad. During that time, my grandmother said he was depressed. This was after a good part of his house in the Cayman Islands had been torn apart by a hurricane and most of the island was devastated. Someone pointed out to me that he had been drinking a lot and that wasn’t abnormal, but this was straight hard liquor. I remember thinking, he can be depressed? This happens to him too?

Knowing that two generations of men could become depressed, could cry, and could let go actually helped me let go as well.

I don’t know what my father or my grandfather were like when we weren’t around. Maybe he was only that vulnerable with my grandmother or maybe he’d been reaching out all this time and I just couldn’t see it. Or worse, maybe I didn’t want to be there for him, because I didn’t want to be vulnerable either. How many times was he sick, reached out literally with his hand and I was barely able to hold it? I regret every moment that I didn’t give the men in my life time to open up to me.

I was a sensitive kid, but I knew how to hold it in. I learned eventually. It’s a powerful tool and, unfortunately, for a man it’s important. Show too much emotion and we’re wimps and cry babies. That’s the conditioning that begins as a child and I’m willing to bet if you were downtrodden and someone called you those things, it would still hurt just as much. Then on the flipside when men don’t show enough emotion people think there’s something wrong with them, at least in my experience. I’ve got more than a few comments at work about my facial expressions.

Men aren’t weak for not being able to conceal their emotions. We’re stronger for showing them.

James Prenatt lives in Baltimore, MD with his beloved wife and two kids. He writes fiction and poetry along with contributing to blogs such as Everything for Dads and Parent.co. He likes punk rock, good movies, and bad coffee.