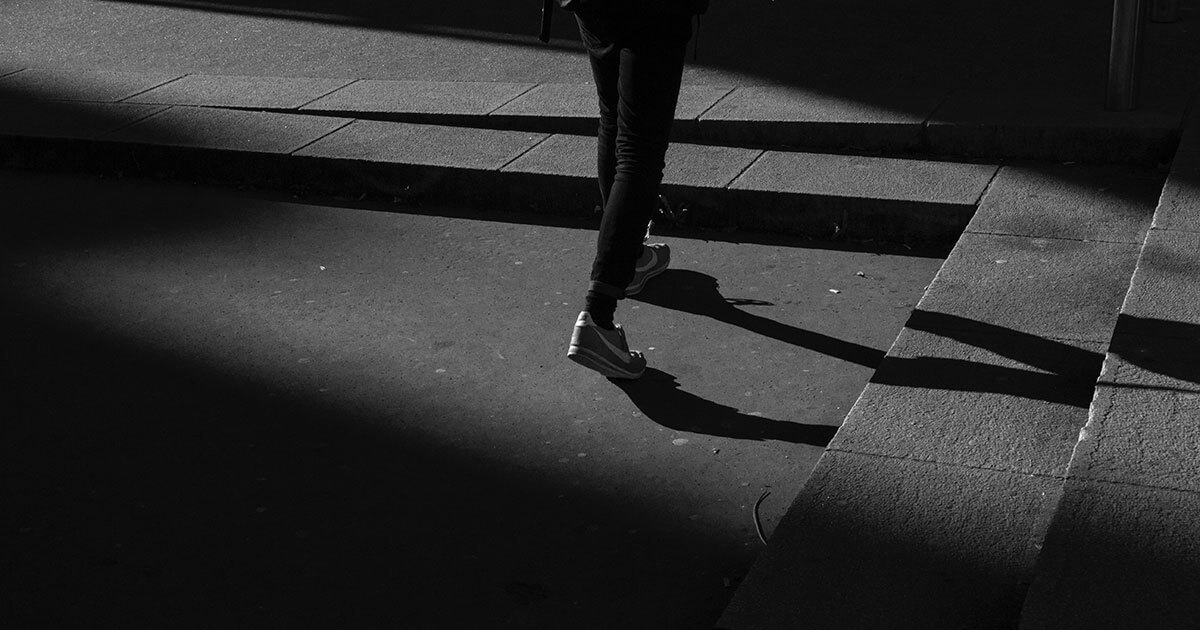 My column is due in two days, and I am staring into a panicked abyss. To inspire myself, I take a brisk walk while my husband puts the kids to bed.  As I set out, I narrate and write in my head, badly.  I get stuck on whether the word “brisk” is meant to describe the pace or the biting cold, and roll my eyes.  For the duration of the walk, I will wrestle my thoughts, alternately trying to focus and to let my mind empty itself. Think. Don’t think. Think.

It gives me flashbacks to being a middle-schooler at a mall in middle America, standing in front of a large display of those 3-D hidden image posters.  Those posters were the fake news of the 1990s, I am sure of it.  My friends always claimed to see a floating sailboat, while I stood there dumbly.

“Just focus on one spot. Do you see it?”

“No, no! Don’t focus on anything, just let your vision get blurry.  Do you see it now?”

My thoughts return to the present, where I am walking quickly in the freezing cold of January in Berlin, musing now on the cliché “waste not, want not.”  For a year, I have been rolling this concept over in my head, wondering at the direction of causation.  How a refrigerator full of leftovers does seem to reduce my appetite. Just don’t think, Annie.

I pause at the site of Albert Einstein’s old apartment building. It was destroyed in the war. In Berlin, we say “the war” the way New Yorkers say “the city”—as if there is only one. An etched sign marks the location.  Berlin does not light its streets the way US cities do, and my neighborhood is particularly residential, so the sign is barely visible. We bring all our visitors here, so I know that it details, both in German and English, how Einstein used to host famous and talented guests. How they would spend evenings discussing the secrets of the universe and other urgent and important matters. Here, he wrote his theory of relativity. THINK, Annie!

The numbness is setting in. I forget how cold Berlin is, and should have worn a longer coat. It was almost 60 degrees when we were back in Ohio for the holidays. A friend who attends the climate negotiations texted me from Katowice, Poland in December, “We are all f*cked. Learn survival skills and move to higher ground.” Don’t think about that.

On the move again, I return to another friend’s idea to relaunch a Berlin salon, reminiscent of the ones run by Jewish women starting from the late 18th century.  I am desperate for her to do this, and to include me. I think about my living room: its warmth from the radiator, inviting Persian rugs, and soft floor lamps. Our 12-foot ceilings and stained-glass windows. I am a Jewish woman. Can I make this happen?  I chasten myself to sit back and stop it. It was not my idea.  And my living room is not my own. It has French doors that connect to the kids’ room, and is perpetually strewn with baby dolls, mateless socks, child-size kitchen supplies.

Approaching home now, I recall how earlier in the evening, my 3-year-old asked, “How do you say ‘salad’ in Polish?”  I vow that 2019 will be a year of delighting at these questions, rather than a sighed, “I don’t know, baby, eat your dinner.” Think.

I grab my computer and thaw out on the couch.  I go online and am both relieved and dismayed to read that my column from last January similarly noted this soul-level exhaustion and lack of inspiration.  Think, dammit!

Next to me on the couch is the latest unopened letter from Grandma Bea, her familiar cursive handwriting shaky across the envelope.  I adore these letters and their everyday non-news.  The essence of her character leaps off the page even as she claims she has nothing to write. This letter once again recounts her delight from a deer’s visit to her backyard bird feeder a few weeks ago.  The event has found its way into three letters over the weeks, along with a detailed weather report. “My freezer is full and my fridge is stocked, so let it snow!” Grandma Bea knows how to warm a soul, even from across an ocean.

To start my year, I read When Breath Becomes Air by Paul Kalanithi, the terminally ill brain surgeon on a quest for the meaning of life. His memoir intersperses quotes from literature and facts from neuroscience, and left me bereft when I turned the last page at the solitary hour of 2:00 am.  Thinking now about Dr. Kalanithi’s calling as a doctor, and Grandma Bea’s notes on substituting gluten-free flour in her famous banana cake recipe, my breath catches at their hyper-focused sense of purpose.

Last summer, while I was still on maternity leave, I met up with a friend from college who was passing through Berlin.  We sat in a café together, and as I shushed my baby, I hungrily asked questions about her life as a writer, feeling pangs of jealousy. Although I have meticulously crafted my dream life here in Berlin, I admittedly had hoped writing would play more of a role in my life than it currently does.

The conversation turned to one of her award-winning essays, on the topic of whales and something else brilliant and divergent like prison reform.  The combination came to her after a professor urged her to return to a subject that she was “passionate about as a child.”

As I sit on my couch now, eight months later, trying again to conjure something that inspired me as a child, I hear the baby cry in the next room, followed by my husband’s voice, urgent, patient, frustrated, calm. I google “3-D image posters” and try to focus.