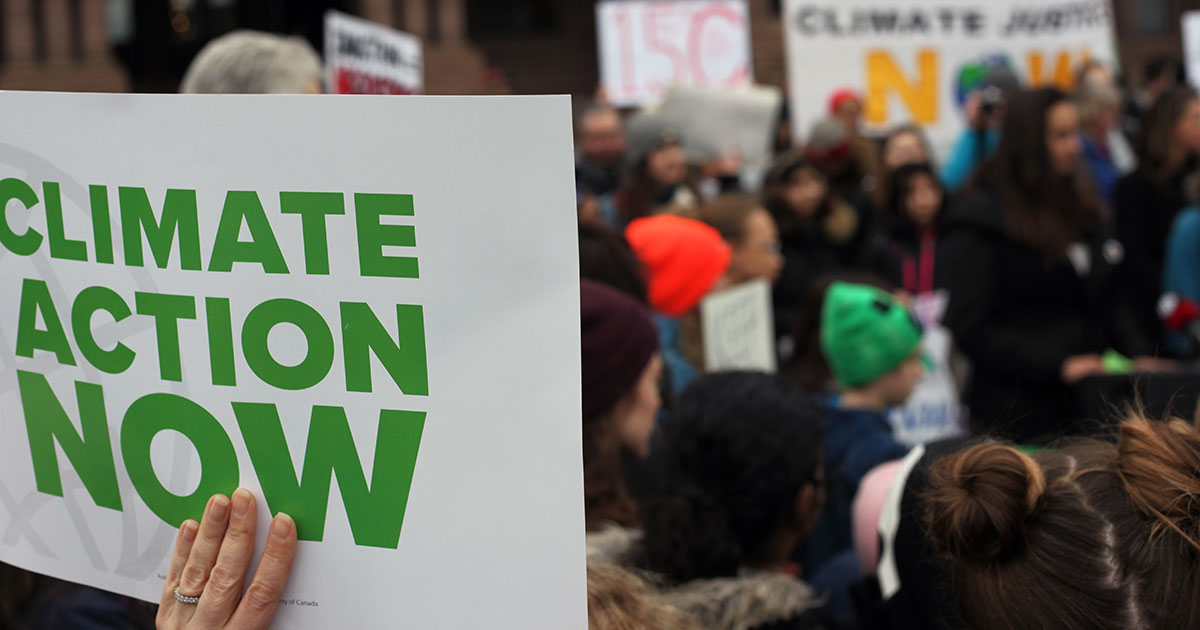 “We, the peoples of the Amazon, are full of fear. Soon you will be too. You destroy our lands, poison the planet and sow death, because you are lost.  And soon it will be too late to change”

I guess you don’t want me to say it, but I’m going to say it anyway.

At the time of writing, the world has known about the burning of the Amazon for more than three weeks. And in spite of protests, and ineffectual public relations stunts by the leaders of Brazil and Bolivia, the number of fires in the Amazon region is still increasing.

And it’s not just the Amazon. Fires are raging across Africa, in Alaska, Siberia, and Indonesia.

In the Arctic Circle, temperatures this summer have been up to 20°C above the historical norm.

Wildfires are burning in every one of the individual states making up the USA.

This week, the Trump administration reduced restrictions on the release of methane into the atmosphere by the fossil fuel industry, at a time when levels of methane—a greenhouse gas far more potent than CO2—are already increasing at dangerous rates.

The ice is melting, we’re filling the air with harmful gasses, burning down our few remaining carbon sinks. Our CO2 emissions are going up, instead of down.

The climate of the place you live in is being transformed within your lifetime.

Our oceans are having the life ripped out of them, are being turned into toxic, deoxygenated dead zones.
We are shifting the climate parameters of the planet back to something approaching Paleocene conditions—5° warmer—conditions never previously experienced by human beings, and fundamentally antithetical to continued human life.

Our progress towards anything like meaningful climate goals can best be characterized as: too little, too late. Indeed, many governments around the world seem to be willfully pushing us in the wrong direction. Less drill-baby-drill, than burn-baby-burn.

Which brings me back to my opening line. I’m guessing you don’t want to hear more bad news about the climate because frankly, it’s distressing, depressing, existentially anguish-inducing. More than an individual mind, heart or soul can be expected to process. If you are like me, you’ll also be tired of it, sickened by it, overwhelmed by it.

What is the appropriate response to such huge acts of planetary vandalism, the repercussions of which are likely to be not merely ecocidal, but also genocidal in nature?

Ironically, the most common reaction is probably just to carry on stoically while another part of your hope for the world dies; to retreat into despair and treat the news reaching us as some kind of bad dream; to lock those feelings of loss and gut-wrenching fear away into a place reserved for things that cannot be.

What was my own response to the news that the Amazon is burning? Perhaps all of the above. I was at work. I remember feeling physically sick at the images coming in. But the power of workplace convention has it that you don’t just stop what you are doing and talk about the state of the world. Not to mention the sanctions that many people would experience from their bosses were they to do so.

This is the business-as-usual mentality that will be our undoing. A mindset that we need to break, the sooner the better.

Regular readers of this column will probably recognize this sentiment. It’s something I’ve been saying, on and off, for the past couple of years.

Now, something is changing. It’s not only the urgency of our ever-deteriorating situation, or the fact that our window of opportunity—the time in which we can effect meaningful change with some hope of avoiding runaway climate breakdown—is closing. It’s more of a social factor, i.e. the call for a planet-wide work stoppage that is going under various names, depending on where the call is coming from. I’m talking about the Climate Strike, Earth Strike or the General Strike for the Climate, which is planned for September 20th, as well as other actions during the following week, scheduled to coincide with the UN Climate Summit (23rd September) in New York. 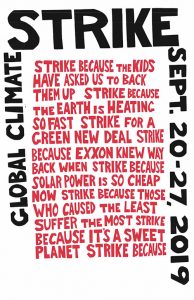 Don’t get me wrong, I realize as much as anyone that there is a world of difference between members of the broader ecological movement calling for a “climate strike” and people actually leaving their workplaces in an organized way to go and join it.

I know that political issues that are not discussed in the workplace are inevitably regarded as somehow “outside” topics, and usually don’t stand a hope in hell of motivating people to stop work.

So obviously the first thing I’m arguing for is for you to do just that. Talk about it in the place you work in. Grab a leaflet, or a sticker, or a web link, and use it to make a point. (Take a look at the “Climate Strike Toolkit for Workers” that the Labor Network for Sustainability have put together, if you need some inspiration). Gather up your courage and break through the workaday wall of silence that decrees that we just keep our heads down, glued to the screen, or the cash desk, or steering wheel, or whatever it is that we do, and keep on keeping our mouths shut while the world burns. If you are unionized, put forward a motion supporting the strike. If you are not, then just talk to your workmates, and try to figure out a way of joining the strike, or at least showing your support. Ecological resistance needs to be based in the workplace.

Maybe that’s where you are already. If where you work is already hip to the idea of striking, then go and talk to the people next door.

A friend of mine here in Berlin told me this morning that where she works, all the small shops and cafes in the neighbourhood are getting together to talk about the Climate Strike and coordinate their shutdowns, as well as discussing ways of actively communicating their actions to the people in the area.

So point number one: start a conversation, spread the word, get everyone you can on board.

The second point I’m trying to make is that although I don’t think we’re looking at general strike levels of participation, I am hopeful that participation can be high. Here’s why.

Things are changing, even in notoriously slow labour organisation hierarchies. Trade unions around the world are starting to come out in support of the strike. Over here in Germany, unions aren’t allowed to call for anything that might be regarded as a “political” strike. But that hasn’t stopped the General Secretary of the service workers’ union ver.di from calling on members to support the 20th September actions in any way they can. This comes shortly after the engineering workers’ union IG Metall held a 50,000-strong demonstration this summer in Berlin calling for the ecological transformation of industry and a Just Transition.

And the International Trade Union Confederation ITUC, representing 207 million workers in 163 countries and territories, is calling for global workers’ participation in climate protests under the slogan #JustTransition for #ClimateAmbition: 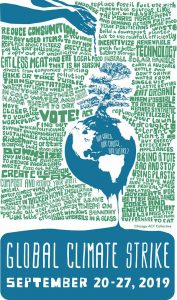 Calling the Climate Strike a “global student strike” is somewhat disingenuous, given that striking school students are explicitly calling for adult participation in the strike. Indeed, it’s fair to say that many union bureaucracies are happy to sit on the fence with regard to what is arguably the biggest health and safety issue the world has ever faced. Rather than actively calling for strike action, they are merely expressing support, and calling for participation. Which, it has to be said, is better than nothing. At the present stage, any form of support by organized labour is a step forward, and a platform from which to build genuine strike action.

Other union federations and individual unions have been more vocal in their support for the idea of a genuine Climate Strike. The Italian Confederazione Generale Italiana del Lavoro CGIL are calling for workplace assemblies to discuss the significance of the Global Climate Strike, and the Spanish Confederación General del Trabajo CGT is not only participating, but “calling on the whole of society to participate in this global strike for climate”.

The situation remains highly dynamic. Just before going to press, the UK trade union federation TUC unanimously backed a historic motion to support the school students’ global climate strike, as well as calling for all TUC unions to take action on the day. Again, this falls short of an actual strike call, but represents a fantastic step forwards in terms of awareness of the severity of the issue among workers’ organisations.

But who is to know what the snowball effects of such support can be? For example, workers at the Guardian Newspaper have just announced that they will actually be leaving their workplaces to join the strike on 20th September.  And on a personal note, I’m proud to say that my co-workers and management at my own workplace will be actively joining the strike.

People are ready for this. Let’s make this as massive as we can.

Meanwhile, more and more towns and cities around the world are declaring a Climate Emergency—at the time of writing 987 jurisdictions in 18 countries, with a total population of 212 million citizens—adding their voices to the growing numbers of people calling for urgent, immediate and meaningful action on the threat to all our futures.

For the first time ever, a US presidential candidate is openly calling for trillion-dollar investment in a program of public works, retooling and infrastructure transformation. The idea of the Green New Deal, as popularized by Bernie Sanders and Alexandria Ocasio-Cortez, has galvanized the imagination of millions of Americans and given the world an idea of the kind of response that is required in the face of a planetary emergency.

Even in the USA, where oil still rules the roost, a recent survey concluded that around 70% of the population accept that climate change is real, and that an urgent response is required.

So point two: times are changing. Our message is being heard. We need to push as hard as we can now, to make the movement for Climate Justice an unstoppable force that cannot be ignored. And more, we need to make sure everyone knows that it is up to them, up to us, to make the change.

The clock is ticking. There’s not much time left before we move from more or less irreparable ecological damage to catastrophic runaway climate breakdown. The UN Secretary General warned a year ago that we only have two years to decisively change course before runaway climate change kicks in.
And yet our governments remain in denial, beholden to the short-term interests of the fossil fuel lobby. For years they have been telling us that we just need to use our power as consumers to make a difference.

In the face of an ever-worsening crisis, that tactic has failed miserably.

Now is the time to exercise our power as producers.

Now is the time for a global Climate Strike.