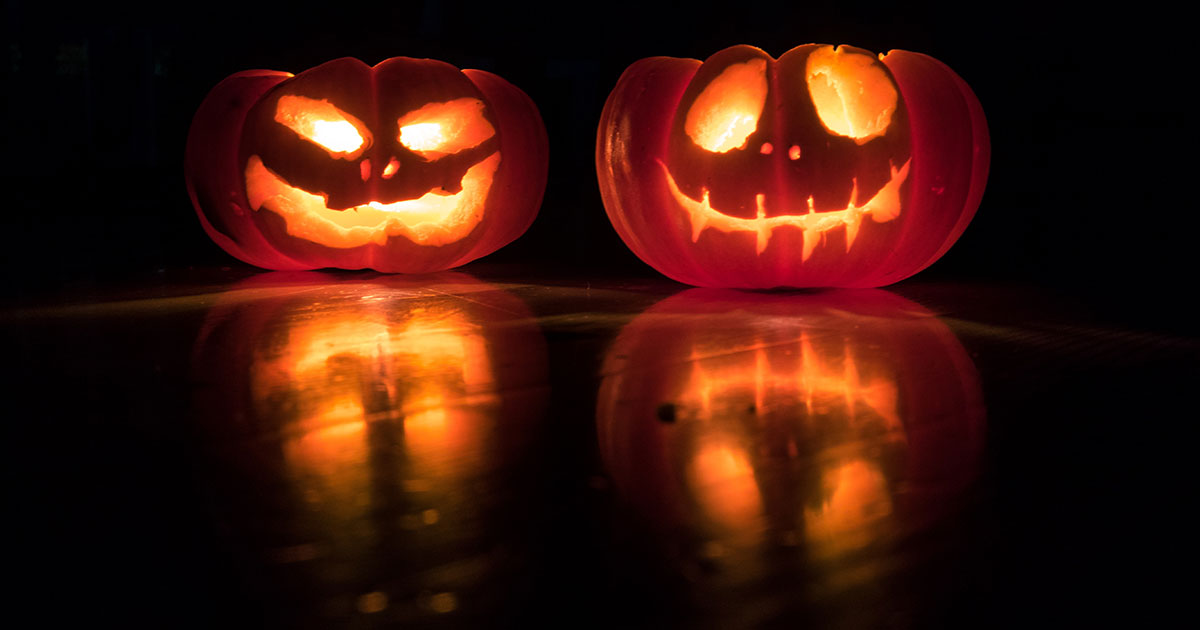 With Halloween near, it is time to dig into the bowels of our closets and old chests to unearth the clothing that will serve as our costumes. They can be black fishnets, padded jackets, Hawaiian shirts, jelly sandals, tulles, and body glitter. Or, the woolen scarf that our grandmother knitted with pride, paired with an old wedding dress yellowed by time. Mascara, and definitely, lipstick.

Unfortunately, this practice has been fading in recent times, where people were creative in their disguises. In the olden times, our ancestors fitted mismatched pieces of clothing and hats, and, with the help of scissors and utensils, they produced a sometimes hilarious and other times creepy effect.

Those days are long gone though. In the age of technology and comfort all we have to do today is visit our local Halloween shop and pick a costume in the right size. We no longer have time to create a unique outfit intended to frighten our neighbors. Family gatherings to share our ideas and join forces belong to the past. Everything now is at arm’s reach and with a price tag to suit every pocket.

Surprisingly, the result couldn’t be more monotonous. I keep all my children’s Halloween photos, and I can’t shake the image of my son’s first Halloween at kindergarten, dating a decade back: one row of standing supermen, flaunting chest-padded costumes, and one row of sitting pink princesses, dotted by a couple of dark dresses—the princesses of the night.

Today, the situation is better but only ostensibly. Side by side with the supermen at schools there are also spider men, policemen, pirates and the occasional Joker. Girls are split between the entire cast of Frozen, sexy policewomen, cheerleaders, and alluring witches.

Regardless of which character, most girls’ uniforms are identical—glittery shirts and miniskirts, with some sort of conspicuous hat. Often, people have to ask: what are you dressed as? The girls find themselves explaining. What most of them don’t say is that they are dressed in the only costumes that are out there.

Apparently, the costumes’ manufacturers have made the decision that deep down it doesn’t really matter what the girls are disguised as, or after which supernatural figure they are modeled. As long as they portray the archetypal female: a sexy little thing identical to every other little thing, aimed at attracting the looks of boys. Even if girls choose to dress up as Wonder woman, it’s all about enhancing their sexuality.

Any costume will do, provided that it plays up a girl’s beauty and sex appeal.  Even being Morticia is fine as long as her dress is tight, her hair long and shiny and her lips red. Probably, because people believe that she’ll grow out of it. Because a woman is allowed to be anything but a monster.

Monsters are, by definition, ugly. With frightening appearance and threatening behavior. Prone to shatter the social order and cause moral turbulence. They seek change and chaos. And that is probably why society demonizes them. By excluding them and making an example out of them, the social structures are safe and the moral order secure. Nothing will ever change.

Women monsters, in particular, have drawn the wrath of civilization since the start of time. From Lilith, Medusa and the rest of Odyssey’s monsters, to the witches of the early modern Europe, women who dared to exist with no intention to please the male eye were labeled as monsters. They acted as though they felt content and self-fulfilled, marriage and children nowhere in their plans. As if they owned their body and didn’t wish to share it.

Society’s revenge was without equal. Women monsters were exorcised, raped, lynched and burned alive, everything taking place in the public eye. Harsh punishment became a lesson for all kinds of deviation, and the moral of every act of violence was that a woman had no right to self-definition.

In many countries, Halloween started as a celebration of the dead, as people believed that on October 31st the boundary between this world and the next was so blurred that it enabled conversations with the departed ones. Today, ghosts, elves and witches are either honored and celebrated, or warded off by bonfires.

A witch’s costume is identical to numerous others in the market and, since no cartoon has an ugly witch as a cultural icon, witches’ costumes will remain impossibly short and seductive. The absence of diverse Halloween costumes will subconsciously teach girls that being sexually attractive and flaunting their good looks is the only viable option, and that the reason for their existence is to please. That only in a half-naked state they count. Or, worse, that in their body and not their brains lies their power.