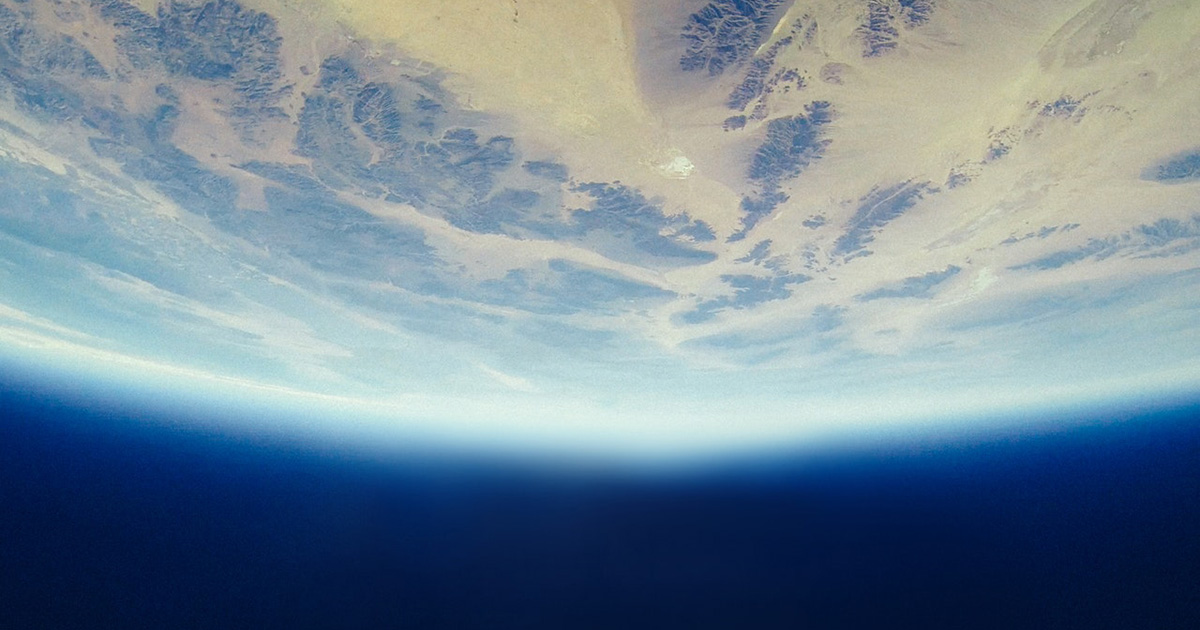 What is it within yourself that tells you when it’s time to act?

And how do you keep hope alive in a time when the news just keeps on getting darker and darker?

Let me give you a little taste of darkness so you’ll know what I’m talking about.

In January 2018, the British Meteorological Office declared that there is a high likelihood that the Earth is on course for more than 1.5°C of warming, meaning that we will miss the so-called Paris Agreement targets for limiting the worst effects of climate change.

In early February, a draft summary report by the United Nations said that there is a “very high risk” that global warming will be more than 1.5°C higher than pre-industrial levels.

A study published in January by a joint Chinese-British team of scientists stated aridification – i.e. severe drying and drought –  would emerge over about 20 to 30% of the world’s land surface by the time the global mean temperature change reaches 2°C.

At more or less the same time, that well-known crazy treehugger and environmentalist wacko, Daniel R. Coates, director of US National Intelligence, published a “Worldwide Threat Assessment of the US Intelligence Community”, which states that not only will accelerating biodversity and species loss jeopardize vital ecosystems critical for the support of human life, but that extreme weather events in a warming world harbour an enormous potential for disasters, conflicts and other risks to civilisation.

Another little snippet from the Annual Energy Outlook 2018 projects that America’s carbon footprint is on pace to be slightly larger in 2050 than it is now, meaning that the U.S. would almost single-handedly exhaust the whole world’s carbon budget by midcentury.

More than enough there to give you food for thought.

More than enough in fact to send you into a tailspin of depression and powerlessness.

But that’s not the only way to go.

Alex Steffen, one of the most interesting and committed environmental futurologists around, recently posted the following on his Twitter feed (which I thoroughly recommend) regarding the prognosis of global warming exceeding 1.5°C:

“The real news of the day:
A) The impacts of even “just” 1.5ºC warming are likely worse than we thought.
B) There are no policy arenas in which we’re even discussing the scale of action that could put us on a 1.5ºC pathway, much less planning for rapid action of that magnitude.”

So, let’s just go bury our heads in the sand.

Ah wait, the sand’s probably getting a little too hot for that. We’re going to have to rethink our strategy.

Now you may or may not know that I’m a big fan of collective action. Once large numbers of people become active in favour of a specific cause, they become a pretty much unstoppable force.

But I’m also interested in personal transformation. In the inner journeys that take a bunch of mild-mannered middle-aged people and turn them into figureheads for the global climate justice movement. In the inner motivation that gives them the courage to go to jail for their beliefs and actions. 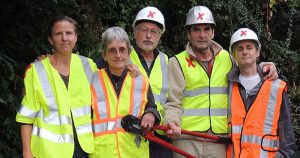 Take Emily Johnston for example. She’s a 51-year-old poet from Seattle, and one of the Valve Turners, a group of five people who temporarily blocked the flow of tar sands oil into the USA by shutting off the valves of five pipelines:

“I’m not courageous or brave…I’m just more afraid of climate change than I am of prison.”

Recent months have seen the Valve Turners involved in court proceedings in various US states. Sentencing has ranged from probation to actual prison sentences. The most recent member of the group to be sentenced is Michael Foster.

Michael is a 53-year-old family therapist and father of two. He has been sentenced to 1 year in prison (of a total 3-year sentence, with 2 deferred) for shutting down the Keystone pipeline, which carries some of the dirtiest oil on the planet.

“I made a decision to commit civil disobedience to defend my family tree and yours, knowing that there is no government, no politician, no corporation on planet right now putting forward a plan to defend life as we know it…My kids and yours won’t survive this mess if we don’t clean up all this.”

But once it becomes part of a collective consciousness, the results can be astounding.

I’m thinking here of the civil rights movement and Martin Luther King, or the anticolonial liberation of India and Mahatma Gandhi.

We’re not there yet with the Climate Justice movement. But the pressure is building. And the clock is ticking.

And that is what is so awesome about the women and men from the Valve Turners. They thought and acted from the heart. They overcame their fear of the consequences by mobilizing a kind of direct dialogue with their descendants. They put their bodies and wellbeing on the line and did whatever they could, and what they knew to be right.

There’s a video interview with Michael Foster in which he says:

“Hey, I’ve never shot video for grandkids that I don’t have yet…but I want any grandkids, or grandnephews and nieces or whatever, anybody in any family tree of mine, to know that once upon a time people burned oil, and they put it in these underground pipes, and they burned enough, fast enough, to almost cook you guys out of existence, and we had to stop it — any way we could think of.”

I don’t know about you, but this kind of integrity speaks volumes to me. I have so had it with the criminal bullshit and ecocidal foot-dragging of the fossil fuel industry and their political shills.

Now more than ever we need increasing numbers of Valve Turners: honest, decent people committed to stopping the destruction of the Earth in the name of profit and greed.

So where does resistance, resilience, revolution even, come from?

It comes from the head, sure. It comes from the science, and the recognition of the dire situation we as a species, as a planet, are in. And the acknowledgement of the need to act and act quickly.

But most of all it comes from the heart.