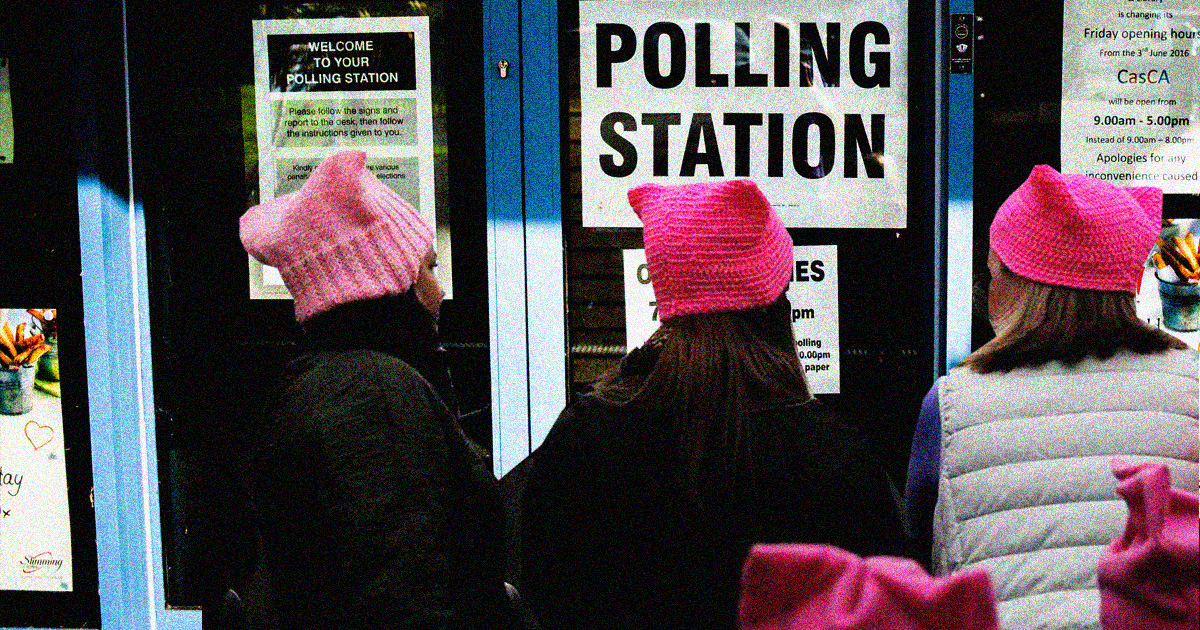 Yet another school shooting, this time one that left 17 people—most of them teenagers—dead. Mounting evidence that Russian interference in U.S. politics not only warped the election that gave us President Trump, but is ongoing today. More accounts of the president’s sordid past and likely susceptibility to blackmail. Unrelenting gridlock in Congress, while the Trump administration’s unelected minions serve the agendas of lobbyists and donors by peeling away protections for health, safety, and the environment. These are dark times indeed for America.

But glimmers of dawn are breaking out. Voter registration drives at Black Panther screenings. The downward arc of Special Counsel Robert Mueller’s hammer of justice is picking up velocity, this week with the indictment of more than a dozen Russians for fraud, identity theft, and other subterfuges that helped Trump win in 2016. Perhaps the most heartening glimmer of all is a teenage girl who not only survived the Valentine’s Day massacre in Parkland, Florida, but mustered the courage to call out the president and other politicians who’ve sold their withered souls to the NRA.

Her rallying cry was basic but bracing: “We call BS.”

Emma Gonzalez is not alone in calling bullshit on the injustice, inequity, and outright insanity Trump and his Republican enablers are pushing. All over America, incensed citizens are coming together so our cries of outrage resonate louder and further. Black Lives Matter calls BS on racist and militarized policing. The Brady Campaign to Prevent Gun Violence calls BS on politicians who claim semi-automatic AR-15s are hunting weapons. The #MeToo campaign calls bullshit on sexual harassment, not to mention patriarchy itself. And more than 6,000 Indivisible chapters across the nation are calling BS on Trump’s bigoted, authoritarian agenda and the Congressional Republicans who enable it.

Yes, there’s plenty of BS stinking up many corners of the country, especially in D.C. But it’s heartening to see so many coming together to name that foulness and hopefully, vote the worst bullshit artists out of office come November. The special elections that have occurred since Trump began his rein of misrule seem propitious, with Democratic upsets in places like Alabama, Wisconsin, and Virginia. If that Democratic wave continues to build in the months ahead, it will change the country’s direction on hugely consequential issues that include gun control, the environment, and income inequality—not to mention ensuring that the would-be despot bent on turning America into a gilded kleptocracy gets the tar-and-feathering he so richly deserves.

Women’s March 2: Power to the Polls

The paramount importance of the upcoming midterm elections was underscored again and again at the national Women’s March rally held in Las Vegas last month, which had the tagline “Power to the Polls.” “We started 2017 with perpetual outrage and now we are at the moment when we have perpetual outrage plus a plan in place for 2018,” Linda Sarsour, one of the co-chairs of the Women’s March, told The Guardian. That plan involves two not-so-secret weapons: female voters and women candidates. Or as one sign I spotted in Vegas put it: “Last year we marched, this year we run.”

Other Vegas rally slogans were less on the nose and more mischievous, such as “Call me a snowflake, but remember: Winter is coming.” My personal favorite sign featured an unflattering picture of Trump (as easy to find as a three-leaf clover) and the caption “I’d call him a cunt, but he lacks depth and warmth.”

The mood in Las Vegas was different from that at the first Women’s March in D.C. The sense of outrage was just as strong, but this time it wasn’t about showing up in force in our nation’s capitol and reminding ourselves that it was still our nation and our capitol, despite the horror-show inauguration that had defiled it the day before. That 2017 D.C. protest featured a thrillingly massive (but resolutely polite) throng so tight you could barely move, much less march. And for millions of us, the only way we could tell that a particularly celebrated speaker had taken the podium was the distant roar that rose from the far-off area where people were close enough to actually see the stage or the screens that flanked it.

The 2018 rally in Vegas was smaller—though thousands were there, and millions marched at sister marches in cities around the country and the world that weekend, just as they had the year before. Those of us who’d assembled in the huge outdoor stadium had comfortable seats and could see and hear the speakers, whom I’d estimate were roughly 98 percent female (cis- and transgendered) and 75 percent people of color or representatives from other marginalized groups. And we attendees needed to hear those speakers, because they weren’t just there to provide catharsis; they were there to discuss plans and make sure everyone was moving in the same direction.

At the Las Vegas rally, intersectional feminism was no longer an ideal; it was a framework for action. “There’s a difference between being woke and being transformational,” Women’s March co-chair Carmen Perez announced. “What are you going to contribute to this community? Because being woke is not enough.”

Planned Parenthood’s Cecile Richards cited the fact that women of color had been the decisive element in recent Democratic electoral victories. “White women, listen up,” she said. “We’ve got to do better. It is not up to women of color to save this country from itself. That’s on all of us.”

The woman whose speech moved me most (yes, even more than Cher) was a waif-like blonde named Christine Caria, a survivor of the U.S.’s deadliest-ever mass shooting, which took place at a Las Vegas country music concert a few months earlier. Clearly still shaken from that massacre, where an armed-to-the-teeth lone gunman snuffed out 59 lives, Caria’s voice faltered as she opened with the words, “The last time I was in a crowd like this, it didn’t go well.” That brought tears to my eyes, but the waterworks really started when an elderly black woman sitting in front of me called out, “We love you, baby.”

Bolstered by the hugely supportive crowd, Caria persevered. She explained that despite the horrors she’d witnessed and the injuries she’d sustained, she was determined that something good must emerge from that carnage, so she’d become the head of the Las Vegas chapter of the Brady Campaign to Prevent Gun Violence. “I’m going to live for those who died,” she told the crowd. She went on to detail the connection between guns and domestic violence—and how states that have strong background checks for gun buyers have 47 percent fewer deaths from domestic violence.

To borrow some animal metaphors, the huge crowd of feminists who came together at the 2017 Women’s March in D.C. was like a vast herd of gazelles, who use their sheer numbers to confound those who would harm them. The women and allies who assembled for the Women’s March rally in Las Vegas last month were more like a pack of wolves—and I mean that in a good way. Numbers were still an important strength, but planning and cooperation were paramount.

Feminism’s traditional alphas, white women, are being challenged by intersectional feminism—and are sometimes being pushed aside in favor of upstart leadership. With their growing strength and wider perspective, those new leaders are invigorating the pack. Wolves being wolves, pack members will occasionally nip at one another. But when the storms come, and we have to join forces to keep each other warm and alive, we will. And when the time comes to hunt our prey, be it politicians or harassers, we will team up, we will be relentless, and we will take them down.