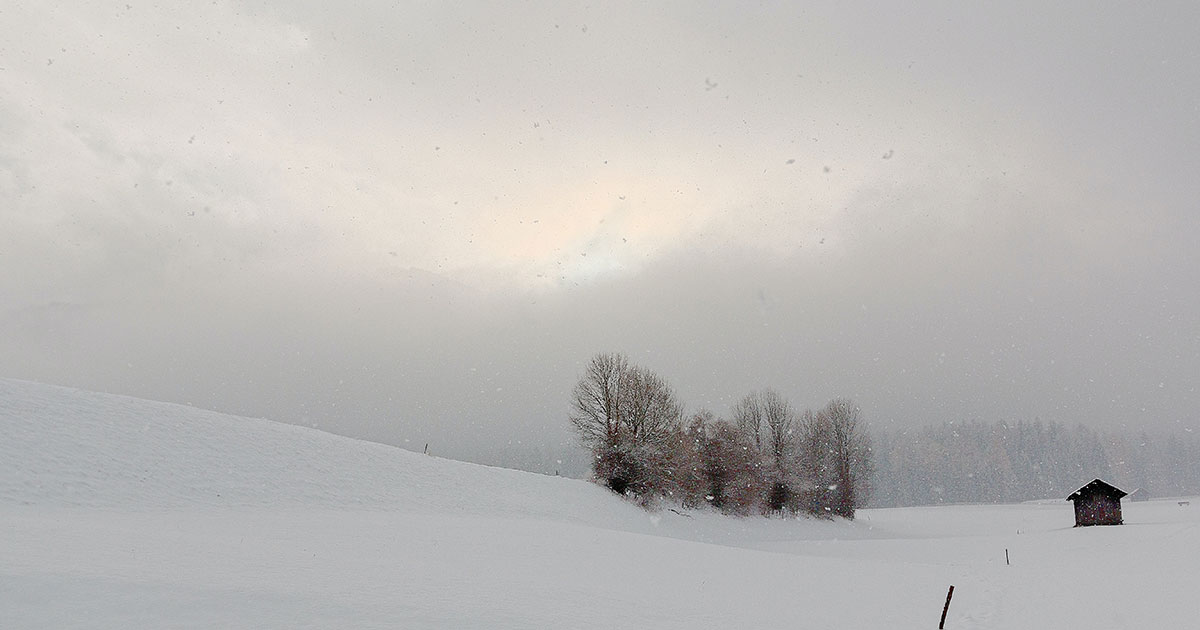 In winter the weather that comes down from the mountains holding this village in their palm can kill both small creatures and beasts.

In an old farm cottage, stoically isolated on the side of a mountain – ears cocked for strangers, a child in Daddy’s big boots, being on a horse, and being both horse and rider, clumps across the kitchen’s bare tiles in front of the wood-stove’s flames, vivid behind newly cleaned glass – a brightness hard-won by Mummy, marriage-hefted, tummy rumbling, grimacing to maintain the morning’s bristling truce, the sleeves of her jumper stretched down over bruised fingers in the  cheek-aching morning where she watches yet again from the window, dawn emerge as a pink welt stretched trembling across frozen peaks.

When they first arrived she’d put food out for the birds, and because she’d seen evidence of mice inside the cottage she also left some secretly in the cupboard under the stairs where she keeps the hoover, dustpan, brushes, brooms, dusters, and where her husband never looks.

Out there in the winter landscape the mountain air creaks and cracks while the patient, waiting earth is sealed deep beneath permafrost.

However hard they tried they could never entirely seal the cottage against draughts.

“Would you like your cereal now, darling?” But their child is still galloping through the fire-lit air across a dazzling frozen lake under sparkling stars – to make things right – a kindling stick Mummy gave him now a bejeweled sword in his little fist, a dragon-banner streaming behind him, hurtling full pelt into furious battle against an enormous enemy, a traitor, to slay him without mercy for daring to hurt Mummy again. Then suddenly “Yes please.” It’s sugar puffs, a favourite, and Daddy’s too. By not having any, Mummy always makes sure there’s enough. This avoids the danger of the sensational silence, where she’s learnt to make herself small, to gaze only at the dangling sculpture she made herself: the skeletons of birds and mice delicately clicking against each other as they dangle on the ends of ribbons. 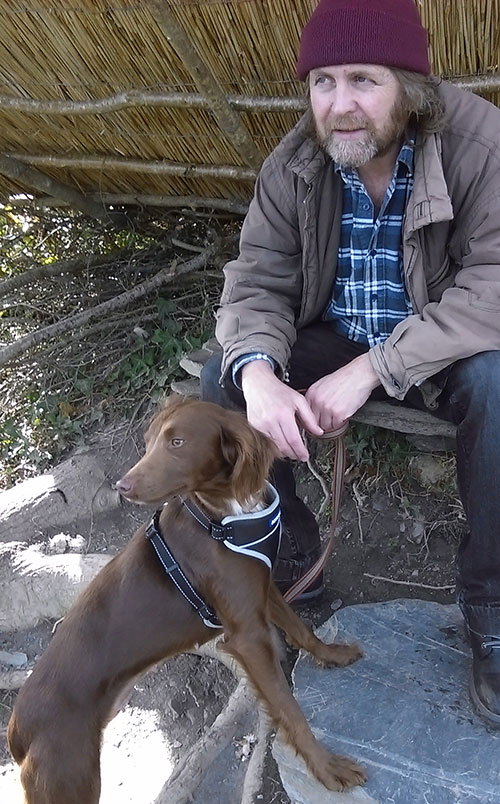