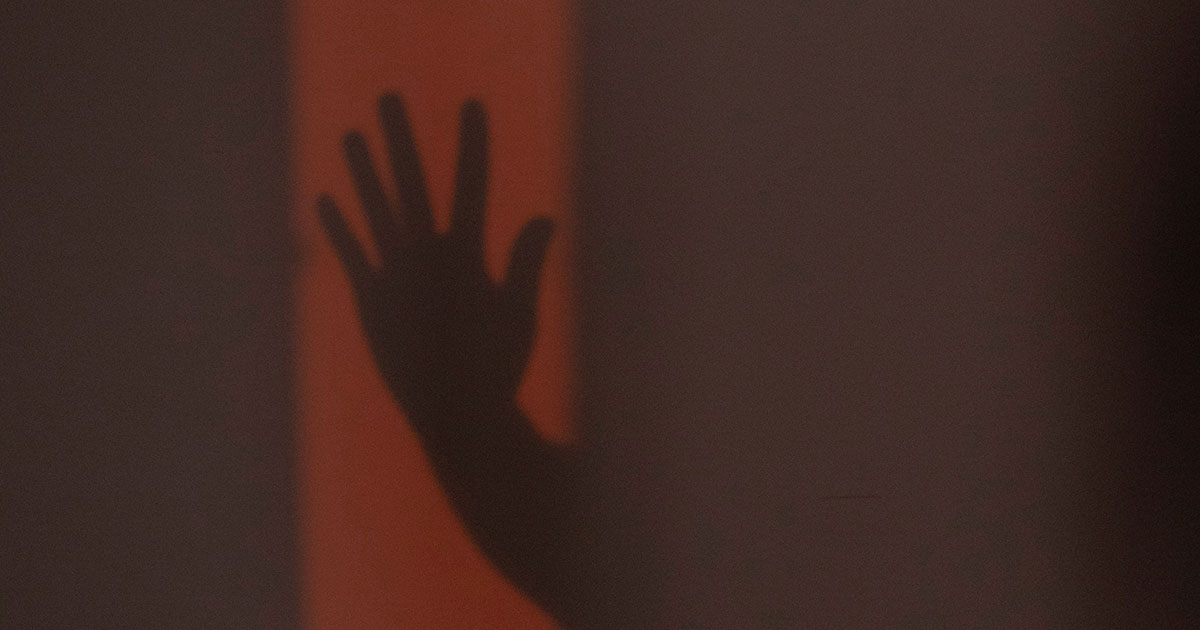 I can feel it crawling its way up my throat. I throw my legs over the side of the bed and cough, my stomach muscles convulsing, retching. A reverse sort of birth. I close my eyes and when I open them again it is lying in front of me in a pool of blood and saliva, its thin arms trying to push itself up.

It’s smaller than I remember, but then again, I am bigger now.

It came to me when I was seven. Our house smelled like Chicken McNuggets, barbecue sauce, salty fingers and greasy microwave popcorn. Plastic toys dotted the floor and were hurled against walls when stepped on, their cheap body parts shattering. The wood-paneled basement was cold, with sticky couches and a dusty bar with bulbous, half-filled bottles of liquor. When our mom was feeling guilty, she would pile us in the back of the rusted station wagon for last-minute family adventures, my brothers leaning too hard into me as we sped around corners, my body pushed against burning, broken seat belts.

When we got home from school we would all watch soap operas, their dramas told in bite-sized snippets between commercials for laundry detergent and antidepressants. Still in her pajamas, our mom would stretch out on the faded red couch behind us.

One day, I saw something out the corner of my eye. A little white thing that clambered down the stairs to the basement.

“Did we get a dog?” I asked. There were always animals in the house. Hamsters, guinea pigs, a budgie who picked out all its tail feathers and died of stress, falling like a stone from its perch as we ate burnt macaroni. The thump of sudden death heavy in our stomachs like the fluorescent powdered cheese.

No one answered. Everyone’s eyes were glued to the TV, to Days of Our Lives and pastel plots. John was performing a long-awaited exorcism on Marlena, her unblinking eyes white as bone, her body rigid. I heard a hollow tap-tap coming from the basement and got up to investigate. The stairs were covered in beige carpet, stiff from dirty shoes and an old grape juice stain. The soap opera got quieter the deeper I went and the tap-tap got louder. I peered around the corner, the only light a strip of yellow streaking in from a small, ground-level window.

It was crouching between a Barbie Dream House and a toppled tub of Lego. Skin slippery like a fish, the colour of a turnip. A flat oblong head, a bean bag-like torso, long arms and legs that ended in sharp points and moved it about like a disembodied hand. It tapped its disturbing extremities on the floor, against the stacks of toys, and snapped its face towards me. It was completely smooth with no eyes and no mouth. Tilting its head like a curious dog, its slimy turnip skin wrinkled, sensing me. It crept forward, easing its limbs around the colourful blocks, inching closer and closer to my frozen body.

Pensive steps like hard rain drops on the roof, the beginning of a storm. “I cast you out demon.” Tap.

Its pointed limbs were cold paperweights on my feet, my arms, my neck.

“Back to hell where you belong.” My mouth still tasted like string cheese and Ritz crackers smuggled from the pantry.

I lay on the floor with my hands clutched to my stomach and my eyes shut tight like fists. After a while I managed to pull myself back up the stairs and into the living room. With one eye on the quick stream of credits and one eye on me, our mom said, “You look like shit.”

I was a possessed marionette wrenched from the floor and thrown on top of her. I tried to stop but I couldn’t. Punching, ripping, screaming. She picked me up and locked me in the bathroom like a cat we’d once had. I pounded on the door, lightning cracks forming in the cheap wood. Hours later she found me curled between the toilet and the sink, the bathmat drenched with bits of me.

“I always knew you’d turn into a little monster,” she’d said, scratches crawling up her arms like ivy.

It would take over in school, during meals, in the middle of the night; my body coated in bruises like I’d crawled through grey and yellow paint. My nails were cut to the nub after each outburst, leaving them bloody and misshapen. I would gnaw at them anxiously, peeling away thin fillets of skin. As I got older, I would find myself starting fights in bars, throwing milk jugs across grocery store aisles, spitting at my estranged siblings. Sometimes I would watch from a dark room, but mostly I’d surrender in exhaustion and wake up when it was over, disoriented, surrounded by terrified faces.

Now we’ve been together longer than we were apart and, seeing this limp doll shivering in front of me, I wonder how it moved me around like a fleshy robot all those years. I am humiliated and angry but I know I have to move fast because even though my memories are full of holes I can still hear John chanting as it tap-tap-ed across the basement floor.

I pick up the heaviest book from my bedside table and split its head open like a watermelon, releasing a milky juice and a smoky, burning smell. The book slips from my hands and lays cracked open at the spine, absorbing the strange liquid. My body falls back on the bed and a howl escapes from a newly vacant space deep inside. I scream into my pillow and tear it apart.

I feel different now, but I don’t know what else to do. 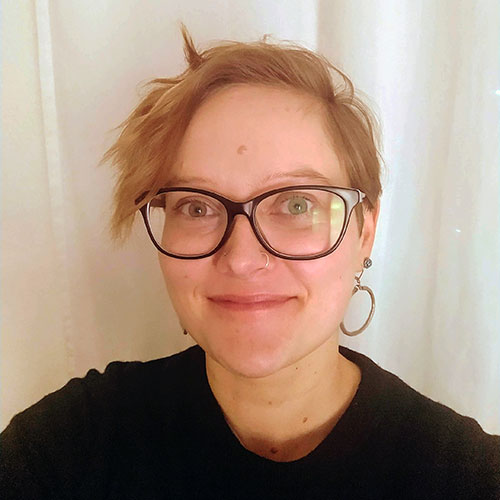 Tam Eastley (she/her) is a writer and web developer based in Berlin. She is currently editing her way through her first novel, and has recently been published in Fusion Fragment, CP Quarterly, Drunk Monkeys, Visual Verse, and The Wild Word. Together with her sister, she runs ongoing, a prompt journal for music and prose. When she’s not writing, you can find her cross stitching, reading on the balcony, or going for various hikes around Berlin. She can be found online here: tamwrites.space.