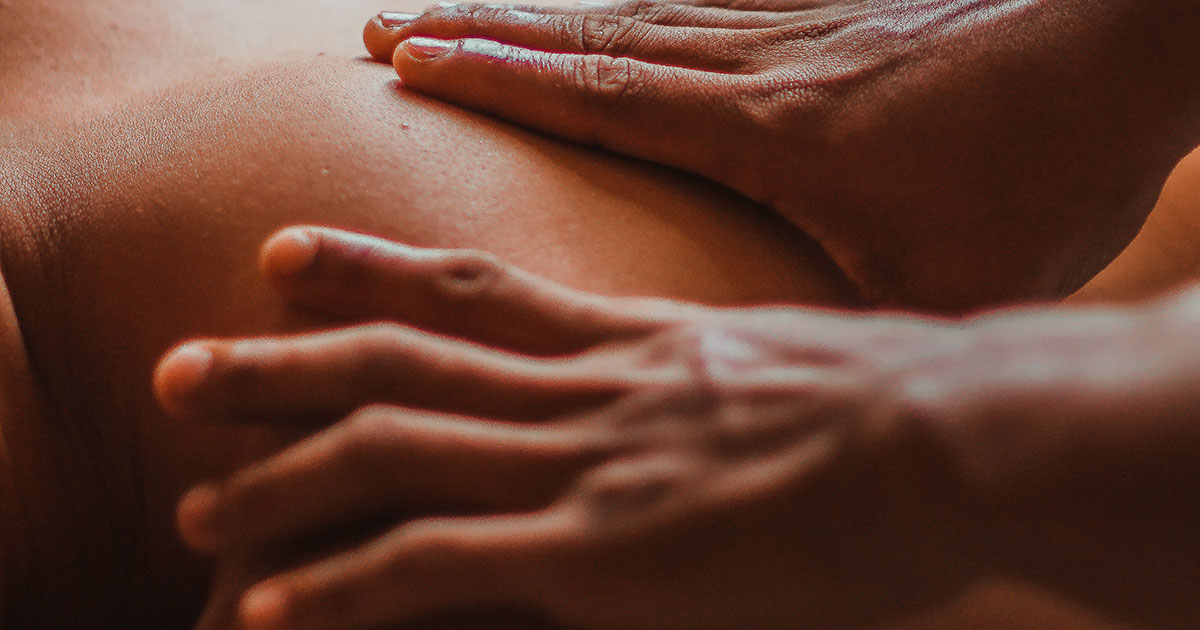 The masseuse a half-block off Le Moulin Rouge giggles as she slaps my ass. “I never seen a butt like this,” she says, slapping it again, lighter this time, to gauge its globular, wobbling effect. “It’s so fun!”

“There’s certainly plenty of it,” I reply, cheeks flush, not knowing what to say or exactly how I’d got here. I’d come to Ru Yuan Massage for a foot rub, but the cocktail dress-clad women behind the desk, told me they only do full body.

“But you’ll do the feet too?” I asked. My feet were aching.

“Yes, feet included,” they said, pointing at a poster of a multicolored pair of footprints. “See, reflexology!” and that was it. I could have turned around when I walked in and saw their dresses were far shorter and fancier than my own. I could have turned around when I saw the sign in the massage room, written in both French and English, that read, “No Sexual Activity Allowed on Massage Table!” I could have turned around when my masseuse (in a pink one-sleeved satin minidress) insisted that I take off all my clothes, including underwear. Or when I realized the effect of the day’s heat on my body, as it plumed odors from all relevant locations. I dabbed at myself with some paper towels, and kept the underwear on, hoping to make the best of it. There was no modesty blanket, no way to cover myself. Just the table and a long strip of paper placed there, I presumed, as a sanitary measure, against smelly people like me. I could have slipped on my dress and left that massage parlor and never had my ass slapped by a masseuse in a pale pink cocktail dress. But instead I hop onto the table and lay down. She comes in and says underwear is not allowed. “Too much oil,” she says, to my horror, pulling it off, stretching it like a rubber band down my legs. And as she begins, I realize she is right. There’s too much oil.

She is rubbing my calves when she asks me if I have children. “No children,” I reply.

She gives me a Telemundo-caliber gasp of shock, and tells me I look very young for my age.

“Oooh English. You going to write about me?” she asks, the focus of her hands moving downward from my calves toward my feet.

“If I did, it would have to be fiction,” I say, “because no one would believe this.” I stare at the sign in French, trying to translate it in my mind: “L’activité sexuelle est interdite sur la table de massage.”

“No children for me, too,” she says. And we both turn quiet as her admission hovers in the space between us and I choose not to ask why, and as she moves onto my feet, sinking into the rhythm of the massage, we drift into our own thoughts, with each stroke of her strong hands, into the possibilities of all that we are and are not, and why.

She talks in her sleep. Every night, entire worlds unfold from somewhere deep in the folds of her brain. “We’ll race the crows!” she bellows one night. “You are singing way too loud,” she announces to the silence. Some nights I drift off, only to hear her inner life begin. “Don’t you think I know how to drive?” she asks, and for once, I actually turn on the table light and scribble it down, because she always wants to hear what it is she says, because she never remembers.

“I remember something about birds,” she says one morning, “but I don’t remember a race.” Each night, my scant notes become paragraphs, and from them I whisk out tiny imagined stories that in the morning I read aloud to her like vivid ancient poems, spun from the gleaming of her subconscious. “Imagine the energy generated by a purring cat,” she says the following night, fast asleep. I picture her holding a soft gray cat with a green collar, asleep in her arms in a cozy-lit room doused in sunlight. I picture her inside herself, hooking up a set of generator wires to the source of the purr, the in-out breathe-box of the cat, whose happiness might soon start a car or turn on a lamp. I picture her feeding the cat fresh sardines from a crystal tray to keep it hooked up and happy so she has enough energy to run her dishwasher. I picture the cat in her brain purring and eating, generating energy, and I love that cat and I love her more, and so I write it down because I want to write myself into her story, into her subconscious, and so I write down what I see and what I want to see and then reply, “Yes. Imagine.” 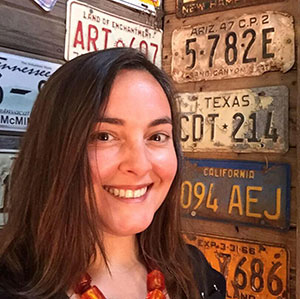