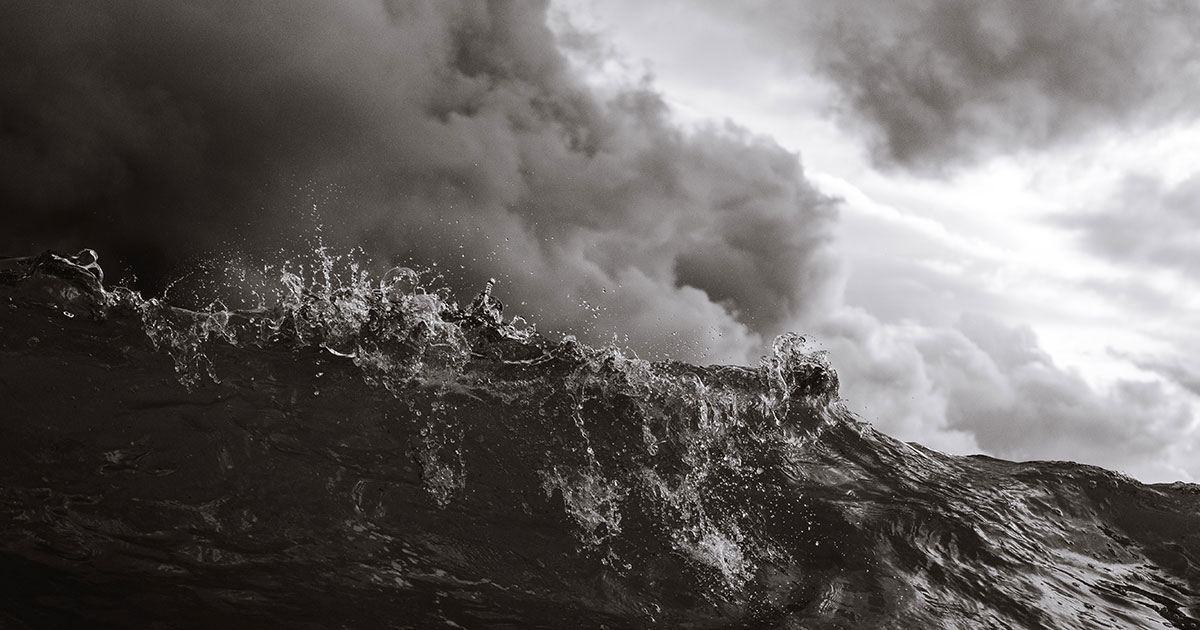 The ocean is the uterus from which I emerge. People perceive their pre-evolutionary home, covering seventy-five percent of Earth’s surface, as beachside attraction, recreational center, food basket, dump. Each year my salt water is warmer and every hurricane season my capacity to hulk grows.

I vaporize from tropical seas as warm moist air, as clouds rising from low pressure to high. I rise and I spin counter-clockwise, merge into one cumulonimbus, a white and grey whirling dervish of air. Propagated in the direction of the wind field I revolve larger and faster around my eye, become a supersonic engine crashing and smashing across beaches and, cold, I collapse inland.

Every six years the names are recycled, but not Oscar. Killer hurricane: 171 dead, people’s media headlined. Monster Oscar destroys 78 percent of homes, Mother nature takes everything, Oscar, the force of a mother’s suffering. My media is seawater. I greet the crooked ‘0’s’ set in eyes and mouths and in people’s long wet faces. I meet their limbs flapping like tails on twisted torsos and I wonder if, in them, I am seeing their Oscar. I wonder as, together, we condense, reunite, flow back home.

Daniel’s mother was surrendered to animal rescue. They saved premature Daniel but Theodora died during donkey birth. Rescue Facebooked his progress—Daniel running up and down a farm road on long spindly legs copying the dogs, his ears swaying like pointy succulents in the speed-bred breeze, being followed by his bestie, a motherless lamb. At night they curled up together by the log burner. I melted, volunteered to be Daniel’s forever person, only my circumstances changed: my house was lifted by a hurricane.

Daniel and I boarded with friends on their pocket handkerchief-sized property in town while I studied seamanship and safety. Daniel baby brayed if I left him by himself at night—perhaps he missed Lambie—so we camped in a large tent in the yard.  With the insurance payout, I purchased the biggest yacht I could find that I could reef and lower, smother and tie, without assistance, in all weathers. With supplies, including fresh hay, we set sail.

On Windcheetah we lived in one long cabin. Daniel hee-hawed his disapproval when I push-pulled him on deck so I divided the cabin into stable and sleeping quarters. To emulate a human smile he’d retract and waver his lips to reveal a neat row of large ivories and try to kiss me. What a giggle! He nudged me overboard twice. Once, Windcheetah was in full sail on an equatorial-set course. Luckily, I carried a locator beacon in my lifejacket and Daniel and Windcheetah were found by the coastguard, becalmed at sea.

Atlantic hurricane season runs from June to November. The year Nancy swirled landward blown by the warm African easterlies, Windcheetah was drunk, three sheets to the wind. I worked non-stop through one night and the next day to keep her afloat on a course to safe anchorage, where I collapsed on my bunk. Throughout I’d remember to feed Daniel but forget to pull the sails. Next morning I experienced the same twisting in my gut when I forgot my newborn in the car seat as a first-time mother. This time guilt was followed not by frantic action but by reluctance because loud banging emanated from Daniel’s stall. He was backing into the corner opposite the doorway where I held out hay. His eyes rolled round and round in their sockets, flashing whites and blacks. He drew his lips back as if smiling but gnashed his teeth. His body expanded sideways to walls and up until his ears were folded along the ceiling. He stomped his left front hoof. A puff of hot snot shot out of dilating nostrils, creating a torrent of air that made my shirt flap. The cabin was a swirl of hay and moving air and then I was barrelling through a new opening in the cabin to starboard deck where I lay covered in planks and splinters. At the same time, in my peripheral vision, I saw a hand stirring air—my unborn, Peter, grown. The first time I had seen him, he was approaching with a crowd on a crosswalk while I was saying, ‘What about the sexual abuse, the neglect,’ to a priest outside the hospital who was praying and leading a small group holding protest placards. ‘And what about the unmarked graves and the cover-ups!’ Lying on my belly on deck, I looked skyward in the direction of Peter’s wave and saw Daniel, rising into cumulonimbus. His whip-like grey tail flicked and cracked from side to side, and he was changing into a vaporous whirl.

A full-term newborn was found in a dumpster at the town recycling center by a worker who was sweeping up after a storm. ‘At first I thought she was a doll.’ A tiny soiled pink beanie and a white cotton jumpsuit with red rocking-horse print were also found but it remained uncertain whether they were related to the baby or coincidental.  State police said the baby may have been stillborn and advised the mother to come forward to receive medical attention. CCTV footage of trucks arriving at the plant were studied to try to determine from which part of town the dumpster came but results were inconclusive.  A local church offered to give the child the dignity of a free funeral but police said the body, which was in the morgue, was needed for forensic purposes. DNA samples have since been taken. A local Women’s Center representative announced they had given the baby a name, Angela, and appealed to the mother on State TV. ‘We are worried for your health and wellbeing and can offer you care and support without judgement.’

Nobody has come forward. They don’t have a name. There’s no-one to blame. 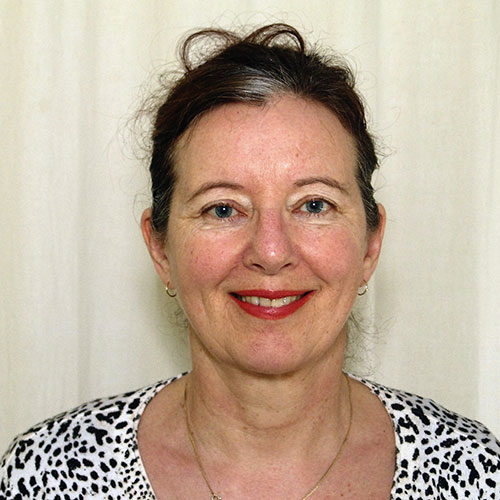