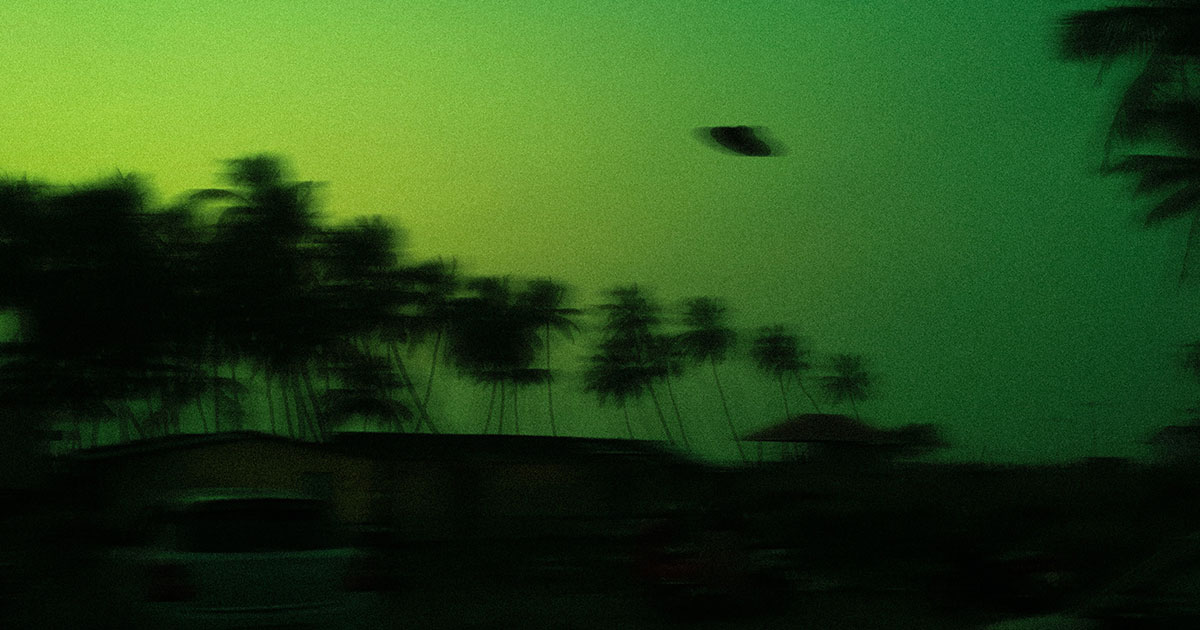 I never believed in UFOs. The concept of an Unidentified Flying Object was simple to understand: whenever something was in the sky and you didn’t know what it was. But believing that UFOs were flying saucers commanded by little green men from another galaxy was a different matter.

My old friend Axel always insisted that the theory about visitors from other worlds was absolutely true.

“All the people who have seen them can’t be wrong,” he told me, like a preacher reciting his sermon, waving his arms vehemently.

“The verdict of the masses has never been an objective criterion to validate a hypothesis,” I replied, just as convinced.

“But there must be something, right?”

“Until I see it with my own eyes, I won’t believe it.”

That night, when I got home from a tiring day at work, I settled down to watch TV on the couch with a beer in hand and a tube of potato chips, in a very Homer Simpson style —I always loved the Simpsons—, when my cell phone rang. It was Axel. Not in the mood to talk with him, I ignored the call and decided to start watching a rerun of Lost.

“Bruno! They have arrived!” he exclaimed.

“Who arrived?” I asked him, pretending not to know what he was talking about.

“Them. Aliens. They’ve landed in my garden. They’re looking for me.”

“Aliens only exist in books and movies. They are pure fiction.”

“It turns out that fiction, as you say, has come to my house.”

“Okay. I believe you. Take a selfie with them and send it to me. I’m busy looking at more believable things, like an island where a group of shipwrecked humans inadvertently travel on and on through time but still can’t escape.”

At that precise moment, I heard a buzz like a thousand angry bees and the call was cut off. Surely Axel was playing one of his pranks on me. Just then, I wouldn’t have been surprised if he had sent me a photo of him hugging a blue alien with little golden antennae.

I disregarded the matter; Axel was surely laughing at me at that very moment. The secret was not to get pulled into his game. So I resumed my episode of Lost. It was funny to see these poor beings of various origins washed up on a beach like toys of fate. Some details of the dialogue escaped me, perhaps due to cultural differences, but I was still more than entertained.

A few minutes later, my cell phone rang again. It was Axel.

“I can’t speak very loudly, Bruno,” he whispered. “I had to hide in the attic. They’re searching the whole house with a laser, some kind of red-light scanner. I’m afraid they’ll find me. Please, come help me!”

His speech seemed rather convincing. But Axel was such a good actor.

“What can I do if I go to your house?” I replied. “Stand at the entrance, honk the horn of my car and tell them to go bother to another planet? They would take me too. Besides, I’m watching TV.”

“Stop and come help me! This time it’s serious! I just told you that aliens have arrived!”

“Nice try, Alex. Say hello to the Arcturians for me,” I said, laughing. Then, I hung up.

Honestly, Lost had already bored me. So I looked for another show. After some channel surfing, I found a zombie movie from a few years ago, where the infected mutants were attacking a city that could be San Francisco or Tokyo, I couldn’t tell. It was the typical fight of Good versus Evil, of the heroes against the invaders. I watched it for some time, until I ran out of beer.

I got up to find a couple more ice-cold bottles. As I passed through the kitchen, I saw light reflected in the backyard. It wasn’t an aurora or an electrical discharge from the sky. It was beams of red light sweeping across the back of my house.

I looked out the window and noticed a saucer-shaped ship perched in the middle of the lawn. A hatch opened and several humanoid beings descended, walking on two legs, dressed in insulated suits with astronaut helmets and armed with rifles. What Axel had told me was true!

I reached the dampest corner of the basement and curled up in a cocoon, folding my wings over all four of my arms, trembling with fear, my shell in stretch mode and my antennae sticking out to peek over my wings.

If I was lucky, those human aliens wouldn’t find me. 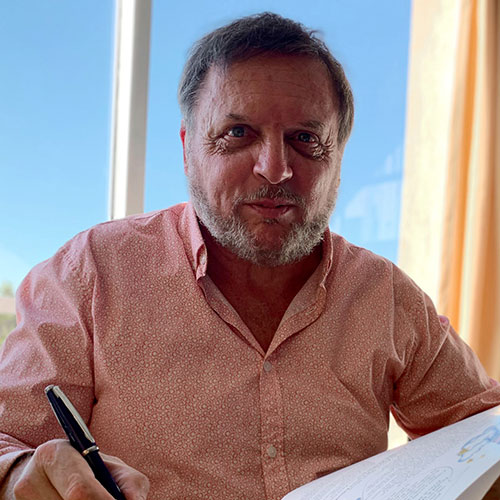 Marcelo Medone (1961, Buenos Aires, Argentina) is a fiction writer, poet, essayist and screenwriter. He has received numerous awards and has been published in more than 40 countries. He has been awarded the First Prize in the 2021 international contest by the American Academy of the Spanish Language with his surreal short story La súbita impuntualidad del hombre del saco a rayas llamado Waldemar (The Sudden Unpunctuality of the Man in the Striped Jacket Named Waldemar). His flash fiction story Last Train to Nowhere Town has been nominated for the 2021 Pushcart Prize.