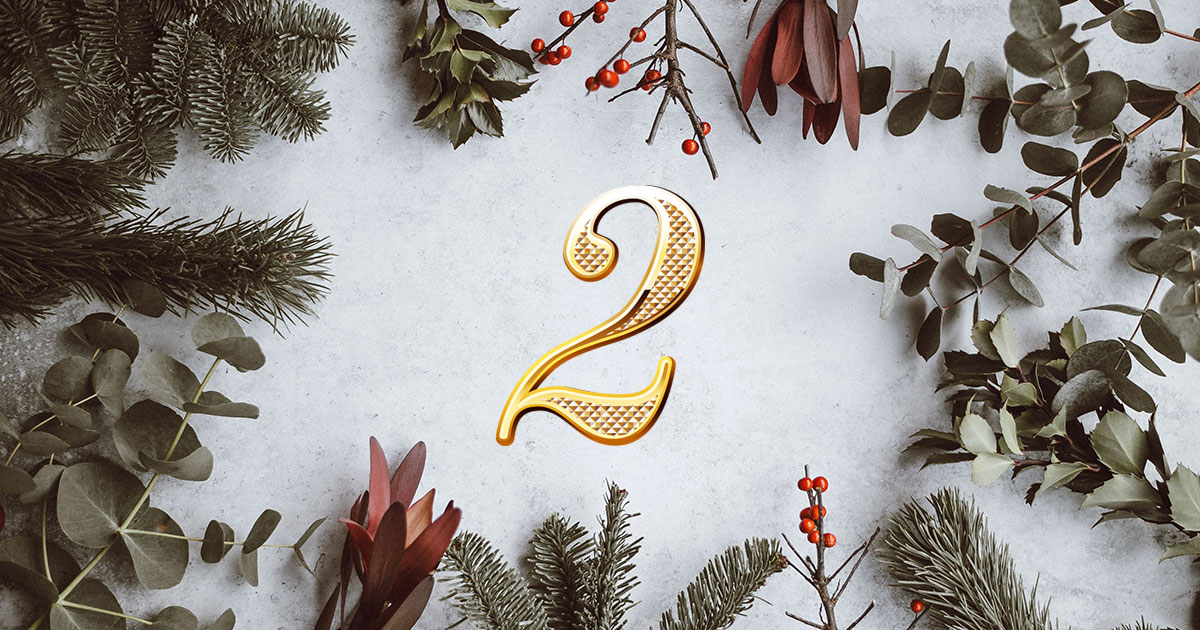 In yesterday’s advent calendar, Holly found a mysterious person lying prone under the Christmas tree. Convinced it’s Santa, she calls her brother for help. In case you missed it, read Day 1 here.

Noel and Holly surveyed the large, motionless mass of humanised Christmas iconography spread-eagled under the Christmas tree. The white of Santa’s beard caught different colours and intensities of the fairy lights, making it look like something that had PTSD after an unfortunate wrangle with a lava lamp.

“I don’t think he heard you,” Holly whispered back to him.

“I mean,” Holly began to correct, but was stopped by the awfulness of what he said. Still, it couldn’t be true, could it? Santa couldn’t be dead? He didn’t die, surely. He’d already been around for so long. “I mean Dad,” she finally managed to finish. “Should I go upstairs and get him?” She reconsidered. “Or Mum?” Their mother generally kept a cooler head.

“No, it’s,” Noel started. “I think – ” How was he going to tell her? Not just that Santa didn’t really exist; he was only an attractive mythology to add a bit of fizz to Christmas for kids. There had been a couple of times that their father had dressed up as Santa for school bazaars. Did she remember that she had asked the last time why Dad hadn’t come to see Santa, too? Their mum had said, a bit loudly, oh, he was probably taking the opportunity to buy her a really gorgeous Christmas present, like maybe those earrings she had had her eye on, or some nice new underwear – don’t you think, Santa baby? And she winked. And the Santa pretender had had the good grace to do his “ho ho ho”, but Noel saw his father’s face redden behind his big snowy beard in a way that had nothing to do with polar cold.

Noel had cringed, inwardly and outwardly. How could she have said that out loud, in front of everybody he knew? They called him Santa Baby the next day at games, and he had had to beat up that wally Ronan, and then he was called in to the head teacher, and mum and dad had to talk to him about it and sign a letter that they had discussed his behaviour with him. And really it was all their fault. Well, Mum’s. But did Dad have to dress up in that stupid costume and overact all that “ho ho ho”? And now here he was, flat out on the floor. And he, Noel, was wasting time thinking about something that happened years ago when something had to be done because his dad was lying dead on the floor while impersonating Santa Claus.

“Dad?” Holly called softly. At least, Noel thought she was calling him. She didn’t know. But it was only a matter of time.

“Maybe Mum would be – ” Noel started. Then he thought, maybe Dad isn’t dead. Maybe he’s just having a laugh? Kind of a sick, rubbish laugh, but then, there you are. Dad had a kind of rubbish sense of humour. “Dad?” he said, a bit louder.

When nothing happened, and they remained staring at the supine Santa under the tree, unable to move, he tried again. “Dad,” Noel said again, with insistence, a touch of panic-induced vibrato wobbling his voice.

“What?” said an almost normal speaking voice behind them.

Noel and Holly both jumped in fright. Having managed to avoid the creaky step – or maybe Noel and Holly were both so overcome with what they were confronted with in the sitting room they never heard it – their Dad had materialised behind him.

“What are you two doing down here? No peeking until the morning. Back off to – Jesus!” Dad finally saw the obvious. Dead Santa under the tree. “What the hell?” He walked over to the lifeless body of Santa.

Then he screamed, convulsed and fell to the floor.