EAT TO NOT DIE 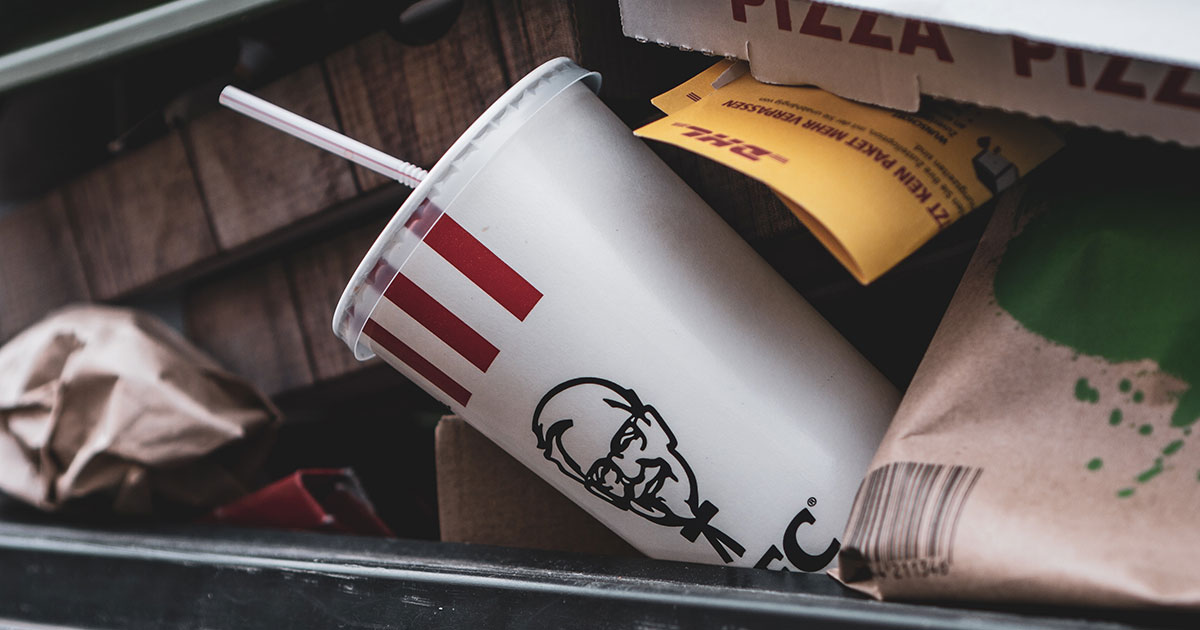 I’ve always had an uneasy relationship with food, like an ex I know will be bad for me, but I keep coming back. Sure, I’ll feel bad tomorrow or some time in “the future” (ha! Like that time will ever exist) but for right now, I’m happy eating as much as I can until it hurts to eat anymore. Then I’ll take a break, so I can eat some more later.

When I was growing up, my family didn’t talk about healthy food. It was a concept I wasn’t familiar with until much later. They talked about what tasted good. I remember my brother sopping up grease from the skillet with a piece of white bread and eating it. Steaks and cake multiple times a week. Much of the food we ate was healthy in certain ways—we lived on a farm, and the produce and meat we ate was usually organic by default. It was also fresh, locally sourced. Veggies were great if you battered and deep fried them. Salad was something we ate on hamburgers.

Every meal included at least one piece of white bread, rolls, or biscuits. Even pasta. I remember when my family came to my college graduation. I didn’t have any Wonder Bread, so they were hesitant to eat anything. I tried to explain that the wheat bread I had actually had flavor (unlike Wonder bread), but no takers.

My brother would eat like this: He’d lie in bed with a plate on his chest, reading a book while he spooned food into his mouth. He’d also drink sodas from a giant plastic cup—the kind you get at a gas station that say something like “Big Gulp” – while lying flat on his back. It was a sight to behold. I tried it one time. I ended up with a face and bed full of food and drink, but not too much in my mouth.

You could eat like that when you worked on a farm. The manual labor burned the excess calories, for the most part. I had those same eating habits working retail, sitting in college classes, and later teaching. So, I packed on weight. I honestly didn’t know what it felt like to be hungry. I ate when it was the time of day to eat, or because I was bored, or because there was food nearby. The idea of eating for nutrients rather than something to pass the time was foreign to me.

But food was more than just something to do. It was a substitute for all the things I was missing in life. Food filled the time not just when I was bored but when I was lonely or depressed. I had something to do to keep me occupied; I could eat. Food was a friend when I had no others. If I felt bad, the sugar and caffeine in fast food were a great way to feel better…for a little while.

And being fat meant people left me alone. Sometimes, sure, someone might be rude or mock my weight, but for the most part, they wrote me off and ignored me. This is what I wanted. A person doesn’t get to be morbidly obese without some trauma in their background. It isn’t like a person just forgets to stop eating; this kind of obesity usually comes as a result of coping mechanisms gone awry, as they tend to do. I dealt with my childhood trauma by metaphorically trying to fill the hole with food.

This all changed for me a couple of years ago. I realized I couldn’t do things with my daughter because of my weight. What if she was in danger? I couldn’t run to help her. Maybe worse than this, I felt like I was teaching her my own sloth, the way that I’d learned it as a kid. So I resolved to do better.

This meant dealing with the trauma, first off. That’s an ongoing process that has taken a lot of help and a lot of hard work. Then, I stopped binging. Instead of ordering a large pizza (because it was “on sale”) and then eating the entire thing, I ordered small ones. Instead of eating fast food several days a week, I’d eat salads at work. I reduced portion sizes across the board. I started exercising regularly, and over the course of a year or so, I lost 75 pounds. No fad diets. I still ate carbs. I just ate a little smarter and a lot less.

All of this is a process that won’t ever be finished. I’ve had to reprogram my mind, not just about the way I think of food, but of life and how I respond to it. I’m still losing weight. I’m still working on myself. I’ve got a ways to go. But I feel like my relationship to food is healthier. I feel like I’m showing my daughter not only a healthier relationship with food, but that she can do hard things if she is willing to put in the work, that she can overcome anything.