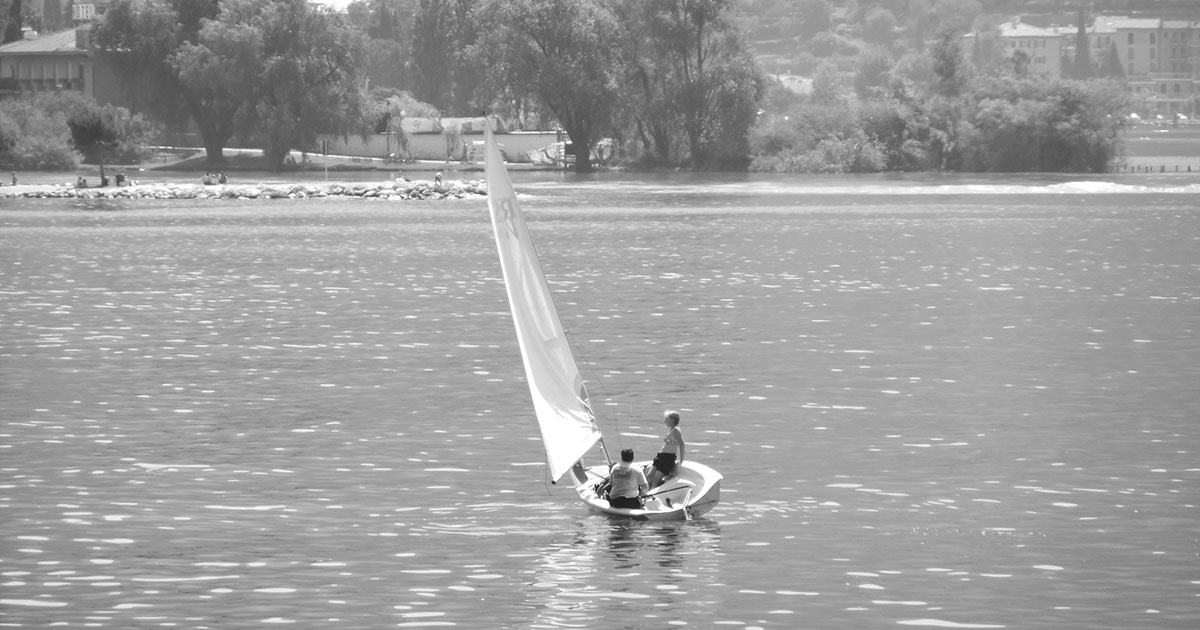 In 2008, the current poet laureate Simon Armitage released The Not Dead, a unique collection of poems written after conducting interviews with veterans of various wars. After hearing their testimonies, Armitage composed pieces for these survivors to record on camera, a type of ventriloquism that was intriguing and deeply affecting. The mechanics of the relationship between poet and performer struck a chord: how the resultant symphony of voices was made possible; how the connective tissue of their trauma and grieving for their past selves was expressed through Armitage’s language and imagery.

The Not Dead, named for those soldiers struggling with the guilt of escaping warfare, came back to me as a remembered melody just after the coronavirus stormed into Ireland. Like everyone else, I was spending all of my time at home, apart from runs to fetch groceries, cut loose—in some ways happily so—from the trappings of modern life. I have always been both plagued and gifted with an abundance of creative energy. My brain is constantly jitterbugging and is rarely content if I’m not writing, doodling or strumming something. Therefore, when Covid-19 drew normality to a sudden stop I felt the urge to respond. I was initially hesitant to write anything at all, partly because I did not know what insight or encouragement I could offer, and partly because I was conflicted over whether time and intellectual distance would be needed to view this pandemic with more clarity.

I started thinking about Armitage’s predecessors: the so-called “War Poets” of the early 1900s—Sassoon, Thomas, Owen, Brooke—who documented their experiences in tragic accounts of loss, fear, bewilderment… all of the emotions that accompany revolutionary events. This started me thinking about the potential of reacting to Covid-19 in a different way: would it be possible to vocalise this worldwide catastrophe by employing the prism of war poetry? Very quickly, that seed of an idea germinated and bloomed, and a feverish fortnight of writing began. A couple of poems became half a dozen, which in turn expanded to ten, which became twelve… and so on. Some of the pieces—‘Blackout’ and ‘Blitzkrieg’, in particular—were inflected by the language of war reportage whereas others such as ‘Reclaimed’ and ‘Rooms By The Sea’, inspired by the Edward Hopper painting, were more abstract. A longer, celebratory spoken word piece, ‘Homefront Prayer’, was propelled by the timbre and rhyme scheme of performance poetry: the in-poem camera moves from the interior of an all-too familiar hospital setting before panning outwards into the community, changing perspective to carers, farmers, teachers, food supply chain workers… the people who keep countries afloat, particularly during periods of distress and paranoia like this pandemic.

I knew that I wanted to record the poems, to collate them in some form that could chronicle the shared period of isolation that we were all experiencing. I was struck by the notion of fellow poets reading these pieces: as I saw it, the combination of voices from all over the island of Ireland would affirm the idea that the pandemic was universal, that we were all joined by our disjunction. I wanted a combination of established and emergent poets, and most importantly an even split between male and female readers.

To my surprise and gratitude, everyone I asked agreed to be involved. Each writer recorded their designated poem in their own home. I collated the audio and uploaded it to Bandcamp. Mel McMahon, whose poetic acuity (his work on Wilfred Owen is wonderful) is rivalled only by his kind nature. Enda Wyley, whose voice rings clear with sincerity. Pat Boran, a very fine writer who channels the harmonies and nuances of poetry in a way that speaks directly into the heart. Keith Payne, whose delivery reminds me distinctly of jazz, being at once naturalistic and surprising. Gaynor Kane, whose warmth and generosity comes across in her inflection. I was galvanised by the willingness of the roll call of fine writers to participate, and with a little bit of back and forth, a sequence began to take shape. A Silent War is separated into two parts: the first archiving the fear of this unseen beast prowling our streets; the second a clarion call of looking forward with optimism, of reflecting upon a growing need for kindness and compassion to others, how the silver lining of the coronavirus is that it has forced us all to stop and “take stock / of how we all ended up so cutthroat and cut off.”

With this in mind, it was paramount that A Silent War served a purpose other than stoking my own creative impulses. All of the profits from Bandcamp sales and donations at a GoFundMe page are going to help Cruse Bereavement Care, an organisation that supports children, young people and adults who are grieving. Charities such as this will be much needed when the pandemic subsides, and the survivors are reeling from the devastation left in its wake.

Before,
time was precious, never enough to savour
the sweetness
of days without landmines or barricades,

the all too fleeting
glimpses of God rays and beads of glass winking
on beams of grass,
the unwitting squandering of the gift

of breathing,
the not yet knowing of grieving for what
once was
and what can no longer be, the distance

between sleep
and dream never too deep, the price of a life
so cheap
we could not realise its worth but now,

here,
with perfect hindsight and the clearest of glass,
we see each day,
less blurry now, as it slowly edges past.

Rooms by the Sea

Rooms By The Sea

beachside home, suspended, as if by balloons,
past billowing waters and shifting dunes

to the great beyond. Slow days were once infrequent.
Now, it tastes all the more sublime to relinquish

the interminable daily grind and embrace
a more forgiving pace: the incantation of waves,

salt and wind. The interplay of the world without
and the one within would make me a devout

spreads like sap across the floor’s geometry
affirms afresh the day’s perfect symmetry.

Given the choice, I would not trade all of this
for a free pass to Shangri-La or Atlantis.

And yet, so grateful for the winding down
of this clock:
a chance to stop, pause, reflect, convalesce
and take stock
of how we all ended up so cutthroat
and cut off,

to unyoke our heavy burdens, to walk
out of step
with jittering rhythms that rendered us
underslept
and propelled us to be competitive,
so entrenched

in our busyness – the constant drumming
of sword duels
and dogfights – to see how far afield, how
out of tune
with the true line we were, how foolishly
we refused

to concede our need for solitude,
an armistice,
a truce, a ceasefire with those who harmed us,
catharsis,
letting go, a humble acceptance of
powerlessness,

a tending to our wounds in these houses
of healing,
a moment to halt our faltering hearts
from beating
quite so quickly, some time out, a respite
from feeling

so paranoid, sickly and tearful for
no reason,
a need to relinquish, to embrace this
strange season
wherever it may lead, that we would all
agree on

letting ourselves be cupped, like fallen birds,
in the palm
of slowness, the curative spa water
and the balm
of stillness. Check in to this hall of sleep
and be calm. 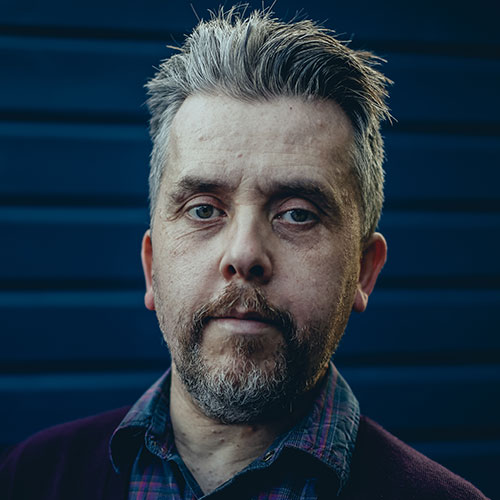 Ross Thompson is a writer from Bangor, Northern Ireland where he lives with his family. His work has been printed extensively in a diverse range of publications, and he has appeared on radio and television. Ross has also collaborated on various musical and audiovisual projects. His debut collection Threading The Light is available from Dedalus Press.