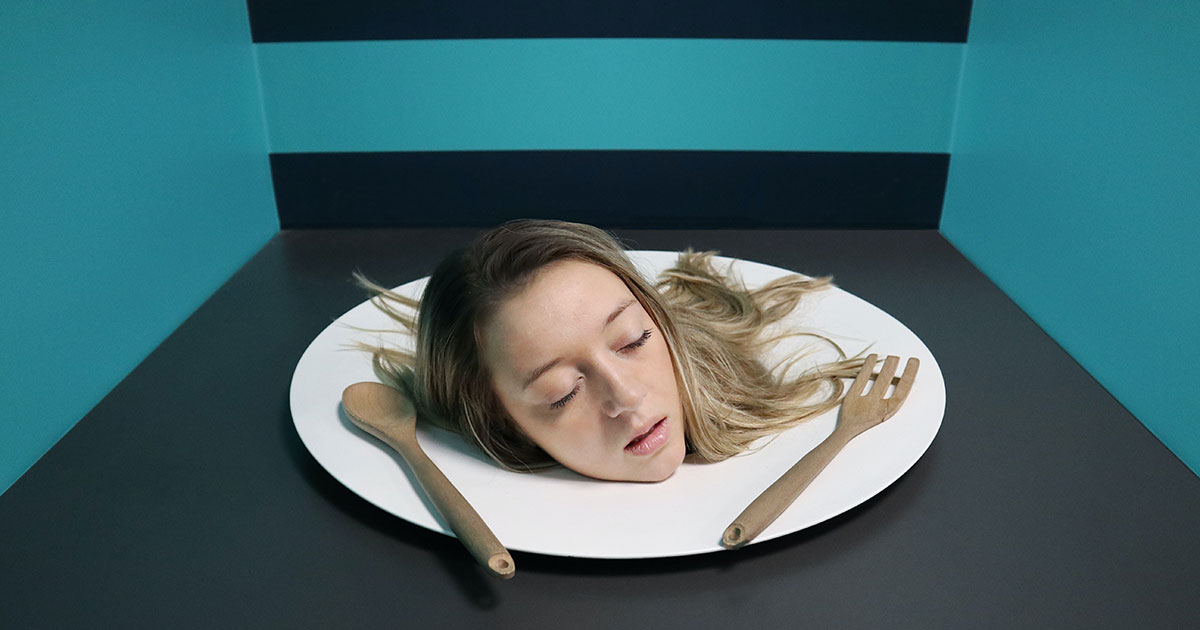 At dinner, do you clean your plate, or do you put aside a portion of your food for later? What do you think of half-eaten meals, or people who wipe their plates clean with bread? Whenever I feel full before finishing lunch, I remember my grandmother who used to threaten us into emptying our plates. “Eat your food, or your husband will leave you!” she used to say, and the association of not finishing my meal and my marriage collapsing grew so strong over the years, that I often used to devour everything just in case.

My grandmother had survived two wars, and as I later rationalized, she learned early on to eat as much as possible when the scarce opportunity arose. But the thinking behind her blackmail is nevertheless interesting. In her generation, women didn’t work, and a husband leaving his wife meant the woman might end up starving to death. Eating all her food was a sign of appreciation of her husband and what he had to offer her. One way or another, a dose of guilt was attached to whatever decision she made.

Years have passed and society and beliefs have changed but food is still widely associated with guilt, and arguably, to a greater extent today than it was in the past.

If you don’t feel guilty enough by people’s expectations, all you have to do is watch some food ads on TV or read a magazine. As you’ll find out, we are all measured and judged daily by our eating habits.

Are you teaching your children proper eating habits?

In other words, are you a good mother? As many experts will say—and the implication here is that you are not smart or educated enough to get it yourself—eating together as a family is sacred, the meals prepared by a mother’s hands are more delicious than all the rest, and of course, fruit and vegetables are vital for kids’ health. Ads and experts forget that fruit and vegetable prices have skyrocketed over the last years and that someone (usually both parents) has to work to get food on the table.

Fixed-time meals presuppose family-friendly working hours, and that someone has the time, ingredients and energy to prepare family-sized meals. It goes without saying that unless you are the daughter of a ship owner and can afford help and a cook at home, the hours don’t add up. For some reason though, a child’s unhealthy eating habits is always considered a mother’s fault.

Are you slim, desirable and happy?

In every ad we watch, these three adjectives seem interchangeable. Women are shown as smiling at the thought of celery and low-fat yoghurt, and after they consume them, they happily proceed to fit into extra small shorts. The guilt-ridden narrative stresses that with all the info and food available, we have no excuses. If we don’t keep a balanced diet, there is something wrong with us. It can’t be because it’s our decision, because it is arguably the uninformed decision. Perhaps we are not disciplined enough.

Our bodies are treated as commodities, something we should regulate and work on, as well as something that reflects our personalities. Being overweight nowadays often carries too many uncomfortable connotations: overweight people are too undisciplined, impulsive, reckless perhaps, and ineffective as a whole. They are regarded as people who cannot control themselves. Instead of treating food as a source of indulgence and pleasure, it is turned into a contest over who can follow the stricter rules and make the most sacrifices. And we are expected to take everything with a smile.

Has your husband gained weight lately?

As if you didn’t have enough worries already! The glaring implication here is that the wife is responsible for the family’s meals—despite both parents working away from home for the most part of the day—which consists of and does not limit to, shopping, preparing, cooking, and serving, and thus the spouse is the main person held accountable if something doesn’t work with her husband’s diet.

A simple Google search can discover the number of articles dealing with ‘Ways to help your husband eat healthier’. That way men are not only excused for not sharing the housework, but they are also acquitted of all agency when it comes to their personal care. Somehow everything turns out being the wife’s responsibility again, from preparing school lunch to her husband’s work snack, and from providing dinner, to deciding on birthday party food, even to her husband staying hours in the toilet.

These, though, are not the only issues women are made to feel guilty about on a daily basis. Cleaning our plate is connected to overeating, while the opposite to food wasting. Which, in turn, can lead to criticism about overspending and waste, and subsequently about a faulty family budget. On top of everything, we are constantly reminded that there are so many people that don’t have enough to eat. That, excess on our part should be avoided at all costs. Even that craving for an extra portion of dessert is just a way to satiate other psychological needs.

On the whole, we constantly find ourselves at the receiving end of criticism and advice, and what better way to achieve that than by creating guilt? The more we achieve, the more is expected from us, so perhaps it is time to close our ears to the critics, and start treating ourselves as someone we really care about. Unload our backs from all the obligations of the world and allow ourselves to take genuine pleasure in food. Is that too much to ask?