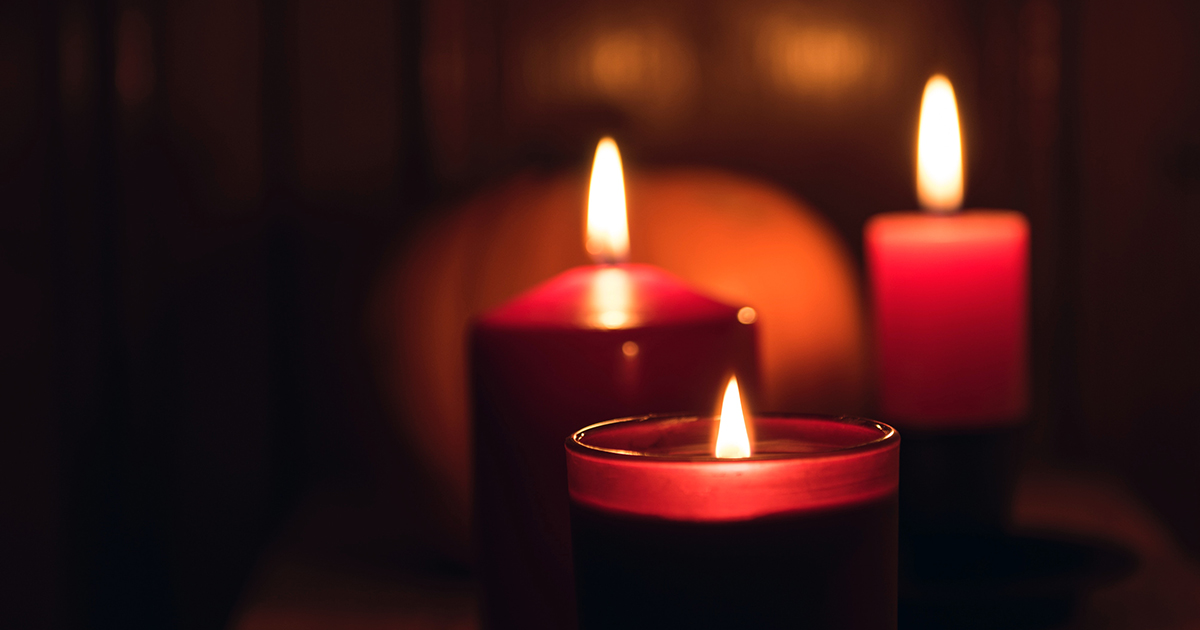 My three-year-old son has been working through the concept of death, lately.  For several weeks, he talked about how Grandpa “dived,” which was adorable and comforting, so we never corrected him.  Then swimming class started, followed by a newfound fear of going underwater.  When my husband did an underwater handstand, our son became apoplectic.  We quickly set the record straight about diving vs. dying, and then the harder questions started coming.

Where did Grandpa go when he died?

Last week, I flew solo with the kids back to New York, combining a work trip with a visit to Grandma Bea.  My parents drove in from Ohio to help me with the children, and four generations of our family slept under one roof. Relishing the luxury of extra hands, I spent the jet-lagged mornings writing upstairs, listening to the kids shriek with delight over the hot chocolate and cookies they received from my mother, downstairs.

Each day, my son plays a forty-year-old plastic trumpet/kazoo that he dug out of a moldy closet, and talks non-stop.  Without really understanding what Halloween is, my son is excited to celebrate it; and I am excited for him to experience American trick-or-treating.  We talk about ghosts and Halloween and death, at the whiplash pace reserved for the innocence of children.  He has been instructed not to ask Grandma Bea these questions, so he whispers them to me in the bathroom.

Can we carve pumpkins tomorrow?
Yes.
Did Grandma die?
No.
Where is she?
At the dinner table, in the other room.
Did Grandpa die?
Yes.
Where is he?

I wish again that I believed in Heaven.  Because we are in New York now, I tell him that we will go see the plaque at the synagogue, with Grandpa’s name (now my son’s name) on the wall.  He likes that idea, and readily washes his hands and trots back to the dinner table.

I take an extra moment to check my phone, and see a note from a friend who birthed a baby that morning.  Instead of an update on her newborn, her message offers condolences and kind words. I check the news, and see the mass shooting at the synagogue in Pittsburgh.

The night before we flew to New York, my cell phone rang while I was packing.  A close German business contact apologized profusely for disturbing me after hours.  After our quick conversation, she said, “Be careful, ok?  The news coming out of the U.S. doesn’t sound very good.  I know you’re from there, but just… be careful.”  I hung up the phone half amused, half sad for our nation.  I am 35, but still feel invincible.  I suppose that is the benefit of having a 99-year-old grandmother. Among other privileges.

As I wash my own hands, I wonder whether to mention the synagogue shooting, back at the dinner table.  I think back to my own childhood (How old was I? Five?), when Yitzhak Rabin was assassinated.  I learned about it the next day in Hebrew school.  I remember it only because my father pulled me into the hallway in the middle of class, and I was worried something really bad had happened.

I want you to know that the prime minister of Israel was assassinated yesterday.
I know.
Ok.  I just didn’t want you to find out here, and be upset.
Why would I be upset?

I Google what year this was, and am surprised to learn that I was 12 years old. I try to collect my thoughts, but jet lag puts up a firewall in my brain. I wonder what the president said, back then. I head back to the table and eat six chocolate chip cookies, one after the other.  Mommy, can I have one?

Last month, I attended a weekend yoga and writing retreat. I cringe writing that (Annie, who are you?), and my college roommate pounced on it when I posted my #Ommm photos on Instagram.  I was looking forward to a mostly silent weekend of self-reflection, and upon arriving, was mildly (incredibly) horrified to realize that I had joined the American Women’s Club’s semi-annual retreat.  Although I am an American woman, I was raised with a religious belief in Judaism and the Groucho Marx quote, “I refuse to join any club that would have me as a member.”

If you have ever been around a dozen—or just two—American women, then you already know that the weekend was decidedly not “mostly silent.”  And instead of finding time to work on my column, I was called to sit in a circle and respond to writing prompts like, “Write a letter to the person who knows you best.” Then we all read aloud and cried together. It was embarrassing, not what I expected.

There will be another retreat in the spring, and I will probably be the first one to register. I think I will ask them to make us write about where we go when we die. For now, there is a 3-year-old with a fireman costume and a pumpkin waiting for me downstairs, wondering where I am.