A PLACE OF LIKENESS 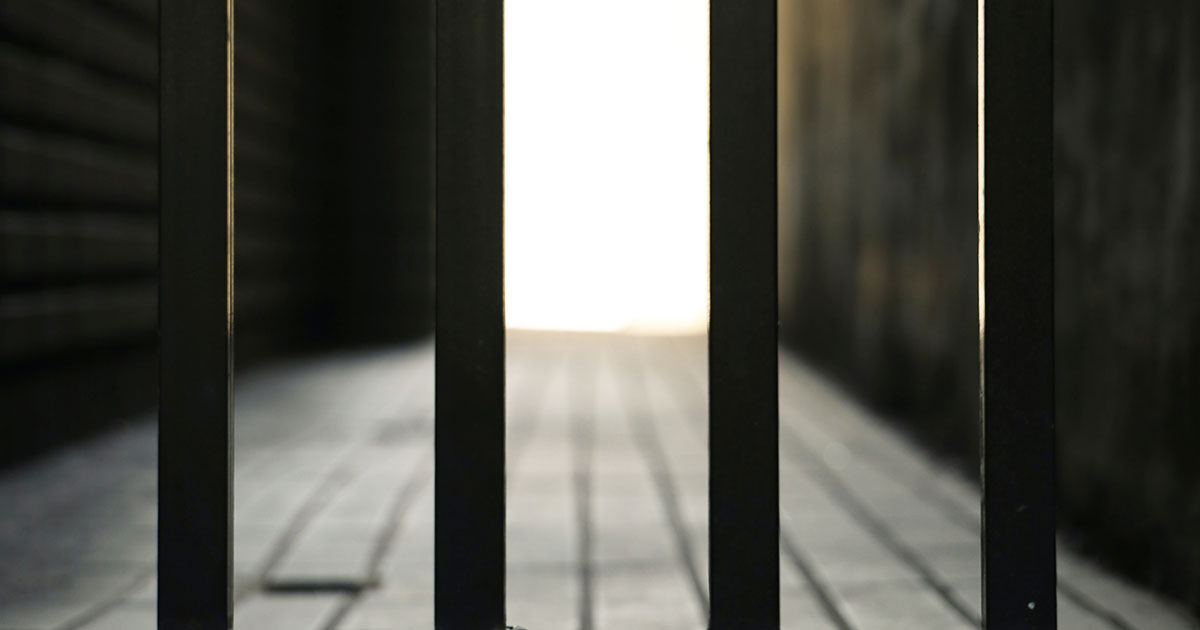 Image by De An Sun

Prison is a great equalizer. In here we’re all the same, each entwined in a struggle of mortality and sin. Because of the loss of dignity, safety, and freedom, no one is better than anyone else. For the privileged, money can buy you some special consideration inside, but it doesn’t exempt you from the day to day horrors and institutionalization of the pen. No matter how prosperous or educated you are, the system will always level the playing field. In here, a poor immigrant is equivalent to a wealthy blue blood. A drunk driver and a murderer are one and the same.

When men stand hip to hip, lined up naked for a strip search, all of our differences fade; the humiliation spares no one. When an officer punches and kicks a prisoner, we all feel the sting. The pain of family separation rests equally on each of our shoulders. Time slows for everyone. As you lay your head down on a hard plastic pillow with an elephant of regret sitting on your chest, the balance of men is uniform and fair — a universal scale of impartiality at work. Class, race, background, position…these words mean nothing anymore. Just labels from a past you can no longer touch. A life you can no longer feel. The moment you walk into the carceral domain, an invisible hand takes the things that separated you from others in the real world and rips them away.

Coming to prison will knock down the mightiest king from his throne, and knowing that I was privileged when I walked into prison, I made an attempt to blend in and treat everyone I met the same; that equanimity allowed me to get along with guys from all walks of life, without seeming like I was talking down to anyone. Inside, a Harvard professor or CEO doesn’t have the advantage…it’s the career criminal or the hustler. The sooner you realize that, the easier things become. A humble man will understand that we are all the same before coming to prison, but an arrogant man will find out the hard way once he’s there.

Inside this environment, everyone loses. The Department of Corrections treats us all the same and degradation is doled out evenly; however, once all men are truly considered equal, we start to band together like brothers. A wartime camaraderie. Oftentimes, it’s an inmate who comes to the rescue of another inmate, and I’ve seen surprising generosity from men who have nothing but the blues on their back and long sentences around their neck.

There is a kind reciprocity to giving a cellmate your last Ramen soup or passing a cup of cheap coffee to a man in need, knowing that you may not have any money coming and will be counting on someone else’s largess for the next time you’re in need. Everyday items of no value hold great importance behind bars, and many guys step up to help someone with a roll of toilet paper or some old socks or a broken pair of reading glasses. Simple gestures that provide the next man with some relief go a long way, as so often in prison we have to fend for ourselves when the administration neglects us.

A quiet benevolence underlies the never ending egotism of prisoners, and our survival sometimes depends on the humanity of others. Whether it’s a serious issue like an old head telling a gangbanger to take it easy on a new jack, or something as trivial as giving a hungry junkie the stale bread off your tray, we sometimes need each other to get by. The stereotype that incarcerated people are selfish loners is sometimes off base, and while many prisoners are like that, I’ve seen that many more are not. Most men will try to help if they can, because someone over the years has done the same for them.

When I first started my sentence I had a solo mentality: I came here alone and I’m leaving alone. I’ll do my time and you do yours. I thought I didn’t need anybody. I had money. I had a loving family. I ordered clothes and supplies when I needed them and made a life for myself while incarcerated, working on personal growth and continuing my higher education. No one had anything I needed, and I wanted for nothing except my freedom. But in time, I realized that everybody needs a helping hand once and awhile in life, especially in prison.

I learned it doesn’t matter if you have cash if you can’t get to the canteen for a bar of soap or a Tylenol for a migraine. You can’t talk to your son if someone, sometime, doesn’t give up their spot next on the phone so you can call home. And when all else fails and you really need something inside desperately, it will often be a man who has nothing that offers to help. A selfless act of giving someone a blood pressure pill because medical won’t refill a prescription on time may save the day…or a life. When you need to send a birthday card home and you can’t find a stamp, the man who gives you one is acting out of kindness for others.

Even in a world of self-centered lawbreakers, some good-heartedness will always exist.

People helping people is what makes us human, and if there’s a little nugget of compassion within the walls of the most oppressive environment on Earth, then there may be hope for mankind after all. Leaving me with a noble truth: when you enter the gates of hell, all pretenses fall and the desperate must stick together.