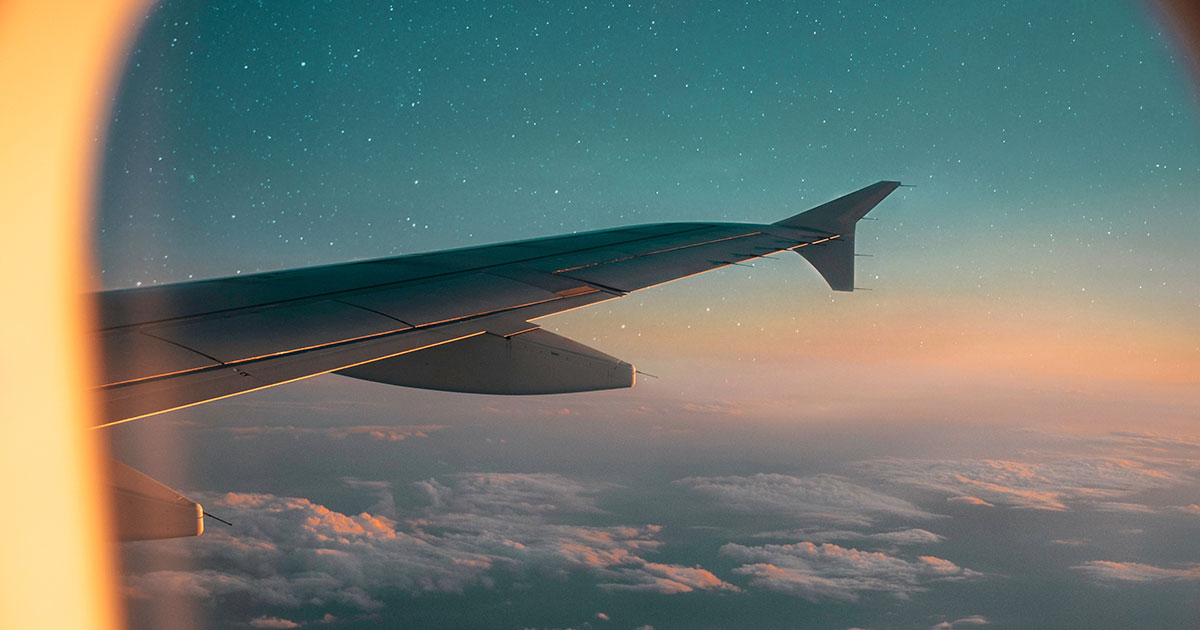 Celestial. Adjective. 1) Of or related to Heaven and the divine. 2) Related to the sky or outer space. 3) Of or pertaining to the highest degree of glory.

I am sitting in a hotel restaurant in Manila, drinking a celestial watermelon slush, considering this month’s theme, my own jet lag, and the fact that I did not produce a column the past two months. My editor is supportive and understanding, which is truly lovely but also unhelpful. I am best motivated by expectations and guilt. A constant striving to fulfill my highest potential; to accomplish the highest degree of glory, possible.

Sometimes it seems that my ambitions and my writing are in direct opposition of each other. I have two small children; a full-time job; I have been on three continents in as many weeks. And yet, my 2019 goals glare up at me from my bullet journal, Write 10 columns this year, and I feel far less understanding of myself.

Writing is my outlet, my path to self-awareness and clarity. This dearth of published writing belies the internal storm that has been brewing for the past two months. And maybe it is not just internal.

When I look in the mirror, I hardly recognize myself. Which is partly par for the course, because mirrors have always lied. My college best friend and I bonded over this fact, back when we were 18 years old. I don’t look at mirrors, they lie. Seriously, there is no way my teeth are that big.

However, 18 years later now, the lies grow bigger. The mirror claims that the skin around my eyes is darkening and sagging. When I turn a certain way, my sides fall down and my stomach folds over onto itself. Acquaintances and my father keep asking me if I’ve “done something” to my hair. I do not fully understand what anyone means, until Dad explicitly asks if I’ve dyed it. No, I’m going gray. Quickly. I start using this answer, the truth, but it makes people shift their eyes uncomfortably. So I join the mirror’s conspiracy, and I lie. I seem to be getting blonder! People like that answer better.

“You look really tired,” a daycare teacher says to me one day. Thanks.

Things began to slide just after our three-year anniversary of living in Berlin. We went to the Foreigners Registration Office with a giant stack of paper—literally every official document we have each received since birth—and renewed our visas. Sitting in the exit hall, where you unceremoniously pay your fee through an ATM-like machine before exiting the premises, my husband and I took misty-eyed stock of all that happened over the past three years. Things like, adding a new person to the world. Building strong friendships and a supportive community. Fully establishing ourselves in this foreign land.

The celebration was short-lived, as practically the next day, our landlord called to say that she intends to sell “our” apartment, and wants us out. She reminded me that we had told her, when we first moved in, that we were not sure if or how long we would stay in Germany. Her news and comments left me speechless. Without even recognizing that a change had occurred, Berlin and our apartment had become home. Not only my home, but my children’s home. I wanted them to be able to take home for granted, in the same way that I had taken home for granted as a child. To create for them a feeling of safety and permanence.

Left floating, I wrote to my editor to inform her that I could not possibly write a column that month. She understood.

We traveled back to the US in October, a couple weeks after receiving this news. The trip had already been planned, but the timing was perfect. I wanted to feel grounded, connected to a place, a sense of belonging and permanence. I flew alone with the kids to meet my father in New York, and spend a week with Grandma Bea. Her house is the last bastion of my childhood, and I walked through it taking photos of everyday scenes. The kitchen table. Her collection of owls. The random, peeling wallpaper in her basement, depicting a British fox hunt.

Grandma and I went to Rosh Hashanah services together. I sat by the door, staring out at the security guards, and tried not to think about what I could do with Grandma if there was an attack. I wondered how many Americans have to have armed police in front of their houses of worship, and then chastised myself to pay attention to the rabbi.

I went to bed with the kids at 7:00 pm, woke up with them at 3:00 am. I wrote to my editor that I could not possibly write my column this month either. She asked if I wanted maybe to write about the synagogue shooting in Halle. I responded yes, and then wrote not another word.

Work became busier. We returned to Berlin, and my organization’s senior leadership came into town. I co-hosted and attended events with senior government officials, a famous talk-show host, CEOs. Reveled in the glory of ambition and accomplishment. Midnight became 2:00 am, October became November, and here I am, sitting in this hotel in Manila, lost among time zones.

The day before I left, was the day after the anniversary of Kristallnacht. As I walked my son to Kindergarten, he stopped and pulled my arm, and asked, “What’s that?”

I had to get to a meeting, and then get home and pack for my trip, and catch a flight. This, plus Where the hell are we going to live?; Berlin is over-crowded, there are no apartments, legally we don’t even have to move, was on my mind. And as I spun around to insist my little dude start walking again, I looked down and saw where he had stopped. A candle had melted over a copper Stolperstein, rendering the name and details illegible.

“You know what a Stolperstein is. It marks where a Jewish person lived a long time ago.”

“But why is there a candle there?”

I sucked in air, crouched down, and tried to explain hate to a 4-year old. To find the right words that teach, and not scare, him. That separate the past from the present, without lying. No mention that Dresden just declared a Nazi emergency, for example.

It is 3:15 am in Manila. 8:15 pm in Berlin. 2:15 pm in New York. The workshop that I am here for starts in 6 hours. My babies are asleep, at home; home meaning Berlin and our current apartment, where we are no longer wanted. I need sleep, too. But more than sleep, I need the security of knowing I can still finish a piece of writing.  So I use the quiet, and begin to type.