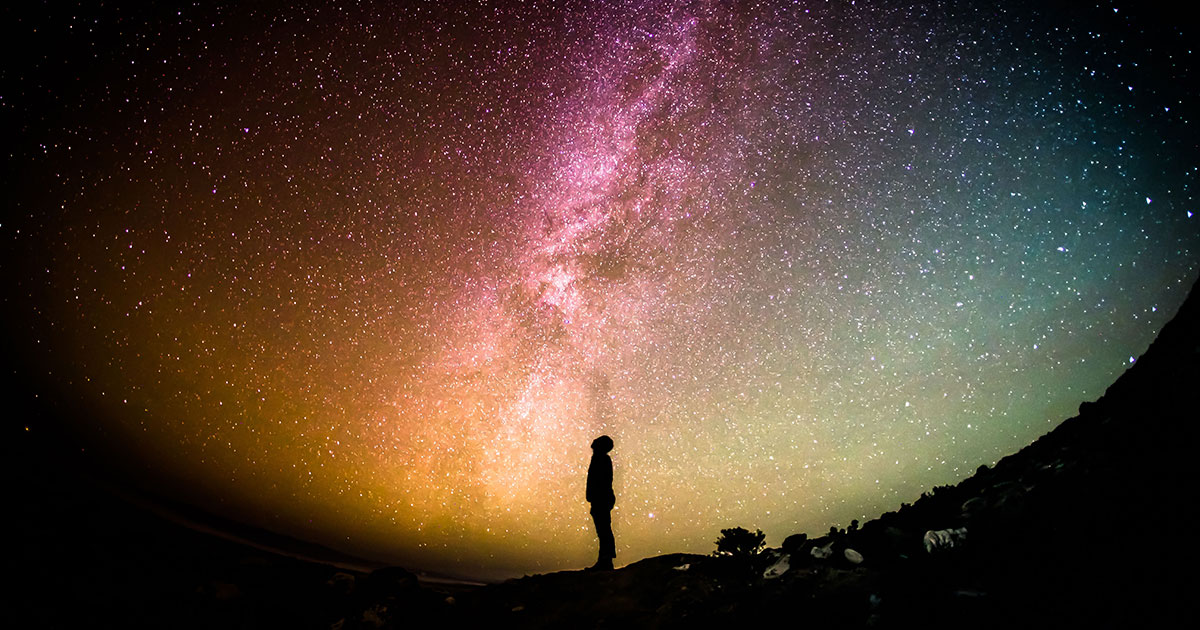 ‘A Romancing of the Heavens’

When I was a young boy immersed in the Hardy Boys books and the Rocky Jones television programs, I’d look up at the stars and think about how I wanted to go there and explore the universe with my own homemade spaceship from junkyard parts. My imagination sparkled like the stars. This led to a lifelong love of discovery and a career in science and engineering.

There’s something about the mystery of outer space and the imagined adventures to new and strange places. As I grew older my spaceship there became a telescope…and my imagination, which was still fed with fantasy and science fiction, but enhanced by my advanced degrees in chemistry and physics. My awe of the heavens has been magnified a hundred-fold because of math and science.

It all began with curiosity because I could see the sun, the moon, and the stars, also. A simple pleasure that led me to study the physical world professionally, and later contemplate all the unanswered questions, especially the big ones (which are often metaphysical, philosophical, and theological), like ‘Where did I come from? How? Where am I going after I die?’ And so enters poetry, that entity that tries to answer the unanswerable questions. All of this—fantasies, my science, my literary art—all came from that first look toward the heavens when all I could see were stars, the thousands of beautiful stars.

Nightsongs is a multimedia project in the form of an enhanced eBook. It’s a poetry chapbook that celebrates the awesomeness of the night skies—a romancing of the heavens—but also informs about the vagaries of light pollution, which threatens all of the stellar beauty and compromises the legacy that starry nights could leave.

In the making for years, Nightsongs has twenty-six poems in a wide variety of styles. Voice recordings by the author and other artists will be included. Each poem will also be augmented with a variety of musical backgrounds, including jazz improvisations, digital music, and recorded music from progressive rock groups. In one case, excerpts from the Globe Theater radio broadcast by H. G. Wells (1938) about the Martian invasion are included (because high-intensity highway lighting appeared as UFOs in a light snowstorm had inspired a poem). In addition, static and/or dynamic images in the form of photographs, digital artwork, paintings, macromedia flash, GIFs and PowerPoint combine with the sound experience for a synergistic effect.

The collection fuses art with science, but the science is light, yet serious, and the poetry is speculative, but literary, yet entertaining. The introduction will discuss the issue of light pollution and suggest some remedies and links to resources.

Preserving the dark skies is important for many reasons. To begin with, the night sky is a resource and a treasure. Preserving them is the ethical thing to do. We humans have the responsibility of being good stewards, at least for our posterity’s sake (if not to ourselves)—to leave the legacy of appreciation of the beauty in the natural world. Like nature all around us, dark skies with all of its stellar jewel chest, is inspirational. But it is more, the night sky is a laboratory in which we can study many natural wonders. It’s not just to sate a curiosity or to ponder philosophical/theological questions or to wonder if there is extraterrestrial life, but to celebrate creation itself. Why? To help find our place in the universe. And in appreciation the night skies we also help ourselves. No apologies for sounding preachy—I believe that when we love and respect all of creation, then we will be more apt to love and respect our fellow human beings. Also for generations, stars have influenced history and culture, and I’m not talking about astrology. We can relive those stories when we can see the constellations. The night sky sparks imagination, which makes us better poets and writers, thinkers, scientists, and people in general.

Besides preserving the night skies, raising awareness and reducing light pollution is so important for other reasons. Light pollution hurts the natural world by upsetting the balance of ecosystems, which ultimately affects humans. Light pollution is having more than necessary light and any light where it is not intended, especially in private spaces (light trespass)—is, in effect, wasted light. So not only are the skies light-washed, but a great deal of wasted energy costs money (as in higher utility bills, especially for corporate structures and utility companies). Those costs are then passed on to the consumer. Much of the wasted light comes from the poor concept that ‘more light is better.’ Poorly directed light doesn’t provide more security, but the glare ironically will often blind the innocent while the thug can hide in shadows. Responsible lighting, say for example, like cut-off lighting, will direct light downward and to where it is more useful—illuminating businesses and parking lots, not the starry sky or your bedroom window. Glaring lampposts and unnecessarily/poorly lit structures lead to bird strikes, wayward sea turtles (endangered species), confused (beneficial) insects. More efficient lighting is good, but there are concerns about LED lighting (especially billboards). Not only does the light make it harder to see while driving at night, but also the blue end of the spectrum is unhealthy for humans. Melatonin production is seriously hampered by such lights and has been linked to breast and prostate cancers.

As a physicist and amateur astronomer, I have a responsibility (and desire) to teach others about our wondrous universe, but as a poet, I have a unique opportunity to touch hearts about appreciating that universe and the stewardship that humankind has over all this creation that we are so fortunate to enjoy.

Nightsongs is planned for an April 2020 release (in time for International Dark Sky Week). 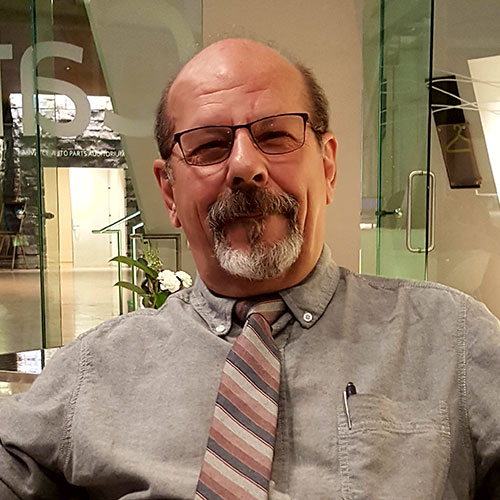 John C. Mannone edits poetry for Abyss & Apex and other journals. He won the Jean Ritchie Fellowship in Appalachian literature (2017) and served as celebrity judge for the National Federation of State Poetry Societies (2018). His work appears in Artemis, Poetry South, Baltimore Review, Windhover, Sonic Boom, Red Coyote, Sin Fronteras, and others. He’s a retired professor of physics living between Knoxville and Chattanooga, TN. See more at jcmannone.wordpress.com and facebook.com/jcmannone

When it’s really dark, I can see
the sky-on-fire light of sunset,
the orange glow of a harvest moon,
Orion stepping over granite mountains,
pine trees laden with moonlit snow
and the Milky Way glittering night.

When it’s really dark, I can see
the star of Bethlehem shine
through the ages. I can feel the light
of the world.

The Western world is a lit
up saddle, rhinestone-studded,
the Americas, leathered,
lie sprawled-out on the tacit
ocean—burgundy blanket—
smoothed by weight of night, gold
moon glitter caught in the folds.
But Pegasus, now placid
no longer fierce, but timid,
blinded stallion in the dark
no longer sees into the sparse
unholy light that’s now beset
with glare. Into dusty trails it
gallops, kicking up stardust
filigree, braids of silvered mist
remain—only cowboy glit.

Image created with data from the Defense Meteorological Satellite Program

There is no murder

still stare
through city glare
as if the Corvus hiding there

pluck all the stars

that once were planted
ears of corn
like Spica