WHO’S AFRAID OF GETTING BERNED? 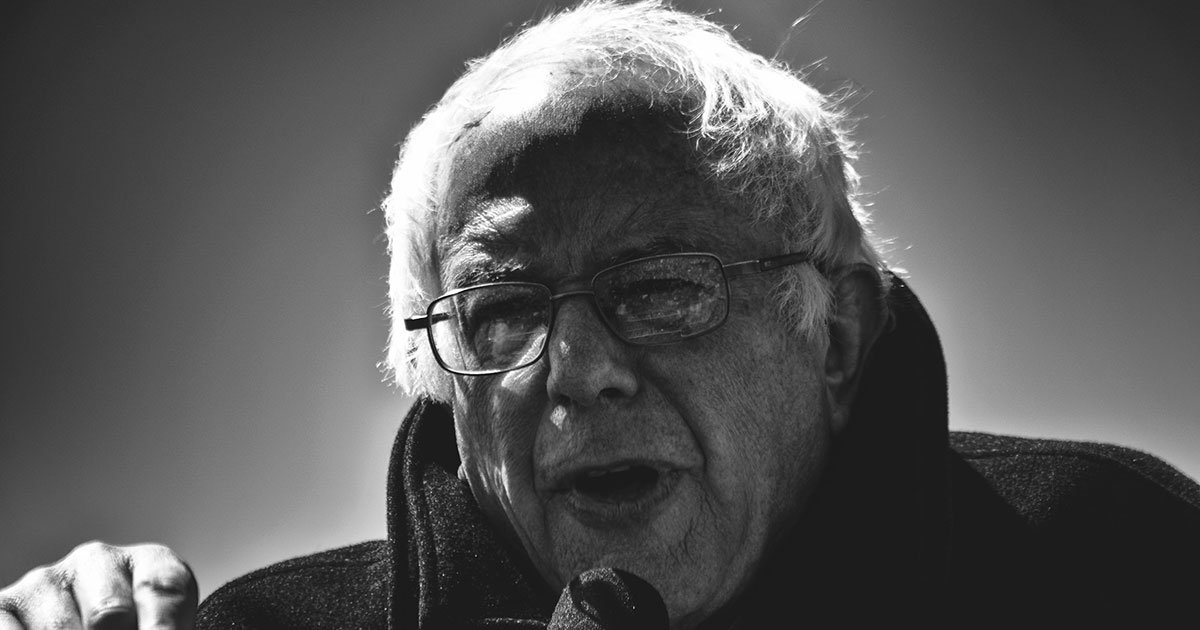 That nervous fury was on full display at the February 25 debate in South Carolina. The seven contenders for the Democratic presidential nomination—two of them billionaires, most of the rest politicians who have taken large sums from billionaires—squared off for a cockfight.

We can probably all agree that cockfights are best conducted in dim back alleys, but this one was in a well-lit and well-mic-ed auditorium, a setup that laid bare some uncomfortable truths. Some were trivial, like the way politicians talking over one another and frantically waving their hands to be called on are considerably less adorable than first-graders. Other exposed truths were damning and consequential, none more so than when billionaire former New York Mayor Mike Bloomberg took credit for the wave of freshman Democrats who stormed the House in 2018 by announcing, “I bough-…I, I got them.”

Bloomberg also seemed to have bough-…er…got himself a crowd at that debate, which was notable for audience members booing and cheering with more volume and zeal than we’ve seen at previous Democratic matchups. Odder still was the fact that they were booing some of Senator Elizabeth Warren’s sickest Bloomberg burns (ones that had killed at the last debate) and cheering Bloomberg’s limp “zingers” about Fidel Castro (he’s dead and the Cold War is over) and the Naked Cowboy (an obscure Times Square performer and Tea Party candidate for president in 2012—perhaps Bloomberg contributed to his campaign, since he has contributed to those of many other repellant Republicans, including South Carolina’s homegrown Gollum, Senator Lindsey Graham).

The debate crowd’s rapt enthusiasm for a candidate with the charisma of a piece of gristle in an expensive suit only became explicable when we learned that a chunk of the audience was well-heeled donors who’d bough-…er…got seats to the debate by paying between $1,750 and $3,200. Apparently, Bloomberg didn’t actually write a check to those crowd members, as he does for the for-hire social media endorsements that are supposed to look genuine, as well as for the costly Bloomberg promotional ads that I’m pretty sure popped up at every commercial break during the debate (cringingly, one moderator had to cut off her counterpart’s attempt to sign off for the night so CBS could squeeze in one last Bloomberg ad before finally releasing us). However it worked exactly, selling expensive “guaranteed-seat” debate tickets to wealthy donors supported the same goal as Bloomberg’s bought media: propping up a candidate who has no business being on a Democratic debate stage.

Just how outrageously inadequate is Bloomberg as a candidate? Well, besides being unable to do much beyond wrinkle his nose when Elizabeth Warren ripped out his tiny spleen at the first debate, and bragging about buying Congressional House seats at the second debate, Bloomberg is just astoundingly awful…even at being an astoundingly awful billionaire. His campaign is now trying to hawk hats emblazoned “Not a Socialist” on the front, and “Bring in the Boss” on the back. Unless that’s a Springsteen reference, I don’t think that’s a winning slogan. I’m waiting for the “Meet the New Boss, Same as the Old Boss” version. Or “Sniff the Glove of Your Rich Overlord.”

I digress…sorry. Bloomberg drives me crazy—and not in a sexy way, despite the fact that he told a Guardian reporter, “I am a single, straight billionaire in Manhattan. What do you think? It’s a wet dream.”

Blech. Back to Bernie.

It’s not just billionaires and their tightly leashed political pets who are upset by Bernie Sanders. It’s also the media, op-ed writers, and commentators facing an existential crisis as they’re confronted by the possibility that the endless hours of airtime and gazillion inches of ink they’ve spent pontificating and defensively wagon-circling are supporting a neoliberal edifice that’s crumbling faster than they can talk or write. If more of their audiences start to notice and unplug from the matrix, those corporate media outlets denizens are done for. According to MSNBC commentator Chris Matthews, they should be especially careful in the vicinity of Central Park.

The third constituency freaking out about Sanders’ rise is the only one I have compassion for: engaged voters who are justly terrified that if Democrats pick the wrong standard-bearer, it will doom America to another, possibly unsurvivable, term of Donald Trump. And man, do I understand that fear.

Although Donald Trump’s election in 2016 showed us that the old rules about electability no longer apply, it’s hard to give up on ways of thinking that most of us have held on to for years, decades even. That’s why when Warren was surging in the polls towards the end of 2019, she became my progressive of choice (in my view, the environmental and social urgency of these times mandates the bold solutions that only progressives are offering). Although I’ve loved Bernie since the 1980s, it seemed to me that Elizabeth looked and sounded more like a conventional candidate—i.e., more electable.

But now that we’re having caucuses and primaries, voters are weighing in on who’s electable by actually voting, and that’s taking away some of the guesswork. And right now it’s looking like the electable candidate is the one who is raking in votes from pretty much every demographic of income, education, gender, and race. He also won with voters who labeled themselves “moderate” and “conservative” in the recent contest in Nevada. I believe the only group Sanders didn’t win was people over 65.

And because Sanders ran in 2016, these early 2020 voters are well aware of all the supposedly fatal flaws that MSNBC pundits and your Facebook friends spend most of their time wringing their hands over. And since Sanders is such a known quantity—right down to his democratic socialist label and the fact that he honeymooned in the Soviet Union—and still draws such strong support, maybe the pundits can put a sock in it and leave it to the voters to lead the way? Maybe, just maybe, the candidate who generates the most enthusiasm and gets lots of votes may be the most electable?

“But what about suburbanites?” you shriek—mainly because CNN has trained you to.  “Or swing voters in Wisconsin?” Well, numerous polls show Bernie may do very well in key geographies and demographics that the pundits have been telling us he’d be a bust in.

Trump and America’s plutocracy have brought us to a pivot point where the old rules about what’s “safe” and what isn’t have become obsolete. Don’t take my word for it… look at how people are voting and what they are telling pollsters. Many of the people who support Sanders do so not despite the fact that he seems like a deeply unconventional candidate, but precisely for that reason. I’m with former Labor Secretary Robert Reich: “Today’s main divide isn’t left versus right. It’s establishment versus anti-establishment.”

I think this is a moment when we can have big dreams and big plans, the kind of things that both Warren and Sanders talk about a lot. Indeed, we have to, if we’re going to address existential issues like climate change. And the way things are looking at this point in the campaign, Warren doesn’t look like the standard bearer voters are choosing to deliver that future, at least not in this election. Sanders does.

The criticism people make most about Sanders is that he’s angry. To quote Billie Eilish (who is now old enough to vote and perfectly fits the profile of a Sanders supporter), “Duh.” Anyone with eyes can see that. But anyone with eyes can also see that anger is justified if you’ve spent decades peering closely at a society and an economy that elevates the few unfairly and grinds down just about everyone else.

Was Jesus affable when he chased the merchants and money changers out of the temple? Did he saunter up Buttigieg-style, quietly pocket a donation, and suggest they reframe their message to something more appealing, maybe “Usury for All Who Want It”?

Bernie’s fellow Jew, Jesus, had a very different style. He kicked up a ruckus, smashed their tables, and chased them to the exits. That’s the way you get capitalist profiteers the hell out of the temple.