HOW TO SPIN STRAW INTO GOLD 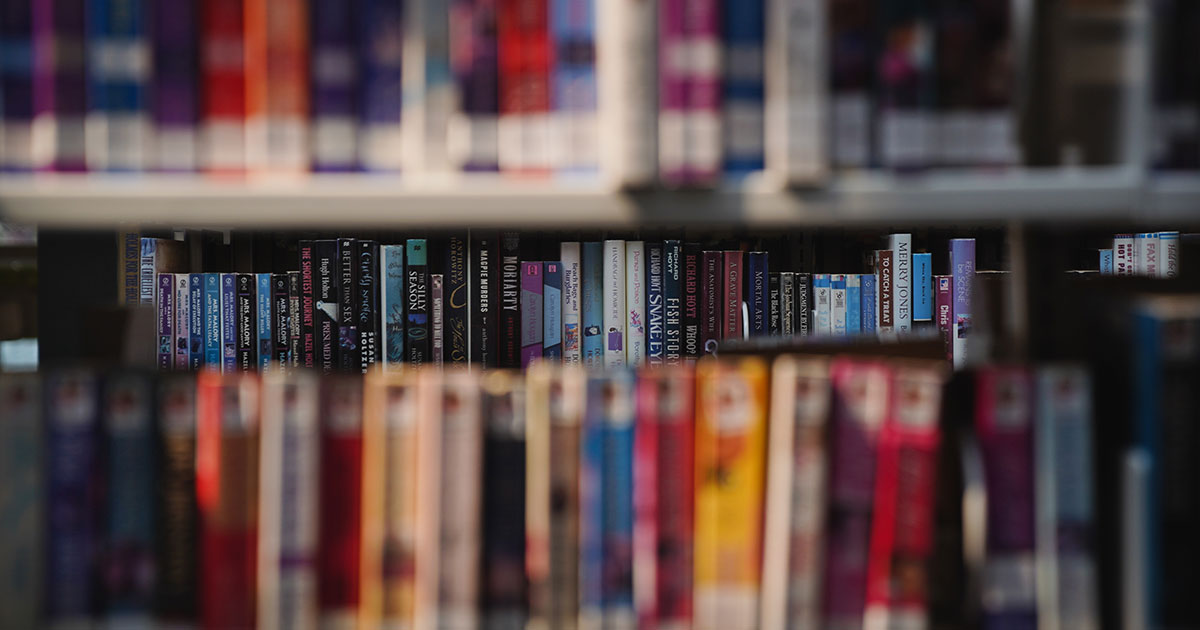 Prison is bleak and void of growth or substance. It’s not a place conducive to learning. The first day I stepped into the general library at Walton Correctional institution, I was immediately reminded of this fact when I was accosted by a junkie hooked on K-2 synthetic marijuana, begging for “toochi” to get high.

“You got two seconds to get out of my face,” 1 replied swiftly.

A prison library can be a precarious place—like the chow hall or rec yard—especially for the timid or uninitiated. The Department of Corrections is understaffed with underpaid officers who don’t give a shit what we do, as long as it doesn’t make them work more. The library is normally guarded by one officer sitting behind a desk, feet up and eyes closed. Drug deals go down in the Classics section. Homosexual “punks” meet up in the Thriller/Suspense aisle, gossiping and concocting homemade makeup with various items from the canteen. I saw at least two gang meetings being held—the Bloods in the Sci-Fi area were huddled up in a tight circle; the Unforgivens stood in the row of Romance novels, swastika tattoos inked on bald heads shining under the fluorescent lights.

I ventured to the library each week for a short reprieve from the nonstop violence and insanity on the compound, hoping to rediscover the joy I once knew through the words of the literati. My yen for knowledge and vibrant stories had been dormant, but not deceased.

When I was younger I had travelled through the fantasies of many great minds. I traveled to Castle Rock, Maine and lived in V. C. Andrews’s attic; searched the Rue Morgue and crossed Cherokee country to find a sacred red fern. I survived a plane crash in the Tibetan mountains with “Glory” Conway, kidnapped and whisked off to the valley of the blue moon and Shangri-La. Ponyboy was my best friend when I felt like I didn’t fit in anywhere. I melted into tall tales and beloved imagery and fantastical myths. Each new book I read was a chest of gold I’d found on the Isle of Monte Cristo. The Celestine Prophecy scroll. Every character a version of someone I’d like to meet

As I grew older, I would read to become submerged into the larger alt-reality of life, not to escape, I tried to glean lessons from Holden Caulfield’s disillusion; to learn deductive reasoning from Holmes. In The Alchemist, Santiago sets out on a journey in pursuit of magical treasure and realizes that it was with him all along. I was following my own personal legend; my treasure was my ability to write. The residents of Alice’s Adventures in Wonderland were my eccentric neighbor or a mad-hat schoolteacher or the wise beer store owner. Every pretty girl I wooed was Juliet.

I recognized that books could provide me with all the advice, knowledge, mentoring, and wisdom that I would need in life—even if I didn’t heed the warnings of gods or learn from a protagonist’s mistakes. I was a wayward teenager breaking all the rules, and I felt like nobody understood me except the authors of these numinous books. Rilke said that a true poet writes poems in a jail cell that no one will ever read; I began a journal with abstract angst all over the pages, hidden from the judgment of adults. I started writing novels with no idea how to write a novel.

Slowly, in prison, I began to immerse myself in new genres and follow unknown writers. It didn’t come easy and it took a long time, but eventually, I was able to use the library for good. I found a little niche of my own behind the Reference shelves, away from the arguments and bathroom trysts, and blocked out the entire din. I began to seek the lessons again. I soon discovered that I was wrong—I could learn something during my incarceration. Those same life lessons I grew up reading were still there on the yellow, crinkled pages of the battered novels and poetry books around me. All I had to do was get in the trenches again; to float across the thought-clouds of the sage guides before me—Didion, Franzen, Homer, and Burroughs. Basho and Keats and Hirshfield. The immortalized Jung.

After a while, I befriended one of the library clerks named Jeff. He was serving time for fraud and always had a current magazine or cool autobiography for me when I came to the counter. The other clerks charged some inmates a fee to check out books (by the laws of jailhouse economics, the weak white boys had to pay a tax), but Jeff warned them not to mess with me—he’d seen me defend myself.

“Thank you, my friend.” I tossed Jeff some smokes; tipping earned respect, and respect was everything in prison. “Can you keep an eye out for the new Atlantic Monthly?”

Some days the library was closed due to a shakedown or restricted movement because of a stabbing. Other times we would be locked inside the spacious building for security reasons, choking on mace after a brawl near the Urban Fiction or Fantasy sections. The one place that I expected some civility was actually a breeding ground for decaying minds and confrontations. As tears rolled from my red eyes, snot dribbled from my nose, and the taste of cayenne pepper burned my tongue, I oddly recalled that in the past, many masters had worked from behind the same walls that surrounded me now. O. Henry and Oscar Wilde. Viktor Frankl and Reginald Dwayne Betts. Dante. Defoe. Sir Walter Raleigh in the Tower of London. Did they also sit in a broken chair and read the handwritten notes inside of worn tomes? Or stare at the same red property stamps adorning weathered spines? Did they pull old bookmarks like gambling tickets or love notes or canteen receipts from novels donated by the Bradford Community College? Watch two grown men fist fight over a copy of Harry Potter and the Sorcerer’s Stone?

Prison taught me that if I keep an open mind, I can learn something from anyone in here—even another convict in blue. But I still rely on my books as my sanctuary script. The lessons I pull from those pages are monumental and my true north. I’ve experienced moments of satori in my life through reading—I was introduced to Zen Buddhism by Salinger and Fight Club; fell in love with a Bohemian girl I’d only met in a paragraph; traveled to outer space and beyond….

“Perhaps your name is Rumpelstiltskin?”

I understand now that I can be like the Mistress Queen, searching the countryside for an answer to her problems until she found a way to survive, or be like the defeated dwarf, so incensed to have lost that he forfeited his own life.