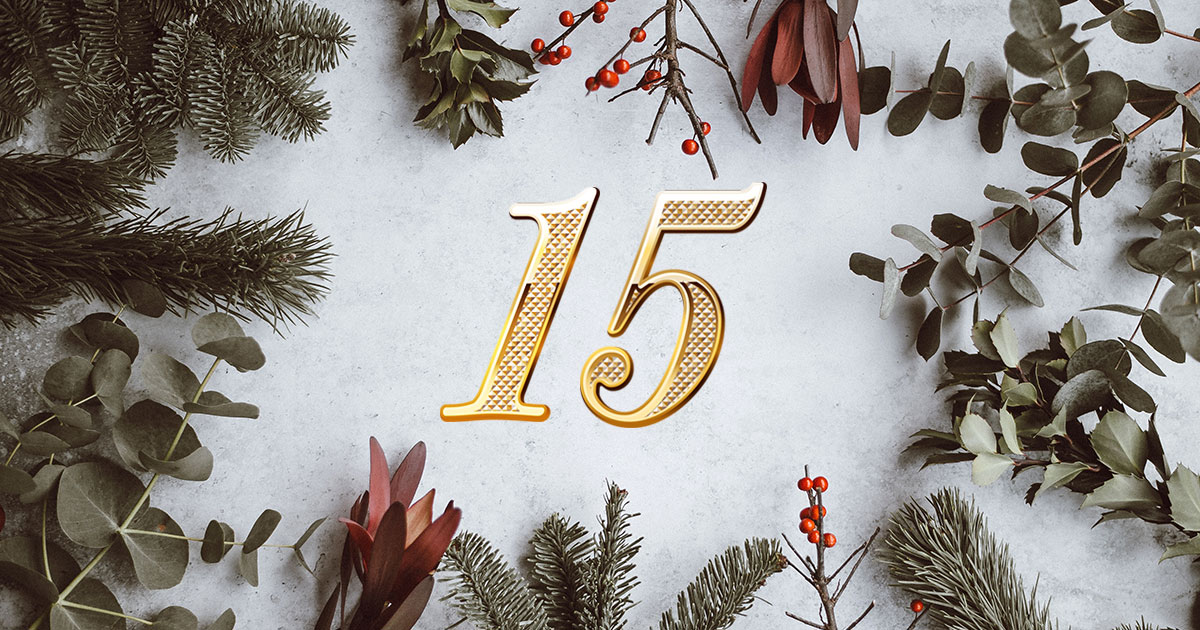 In yesterday’s advent calendar, important questions are asked like ‘What is that on the roof?’ and ‘Why was Joe downstairs before Holly found the body?’, read Day 14 here.

Episode 15: The man in the moonlight

Marie could tell it was getting to be a touchy situation. “He often comes down for a nip later. After we’ve gone to bed.”

“What?” Joe felt hunted. “Is everybody keeping tabs on my movements here?”

“If you can’t watch out for that step, how can we help it?” Granny retorted.

“It’s not a bad thing,” Marie said quickly, both to keep Joe from losing it and to keep Garda Selina Brady from jumping to more unwelcome conclusions. “It’s Christmas. When I say often, I only mean – he got that nice bottle of whiskey from my brother.”

“That explains the broken glass,” said Garda Brady, “but not how it got there.”

“That must have been the jingle,” Holly said suddenly, as she had a realisation. “It wasn’t bells. The bottle broke.”

A junior detective. Selina wondered if she knew anything else. They’d need a child protection officer for further interrogation, though. Anyway, there was Mr Carroll to hear from now. “Was the bottle broken when you came downstairs?” she asked him.

“No,” said Joe truthfully. “I didn’t break it, and I didn’t know it was broken. I stepped on the glass and cut my foot. Both feet.”

“Right,” said Selina. “So, what was in the room when you came down? Anything unusual? What was your purpose?”

A few feet away, Garda Paul McNamara had scaled the ladder up the side of the house and shone his colleague’s torch across the roof. There were footprints all over it. Well, indentations. Probably animal prints, because they were – number one, too small for adults and – number two – who was going to be walking about up on the roof with snow all over it? Too dangerous.

There was the thing he had seen from below. It was long, a bit curved at the end … did it have red markings on it? And what was that, just beyond it, also half submerged? He stepped up another rung, made sure he was still secure and stretched out an arm. He could just reach it.

Joe, meanwhile, stood there, considering, in an endless silence in which everyone’s eyes were on him. He kept expecting his currently entirely unhelpful mother to jump in and say something else incriminatory, which didn’t make him feel any more relaxed.

The problem was, he didn’t really want to say why he had come downstairs. It sounded ridiculous and totally implausible. The lamest excuse ever. It was just … his own personal ritual. Since he was, probably about Noel’s age. He had crept down the stairs in the early hours of the Christmas morning – when he and his family lived in a house without a creaky step, damn them all – to see if the presents were under the tree yet. He didn’t believe in Santa anymore, not for a good while, but he definitely believed in his parents and their potential to deliver on Christmas day. And he stood there, the moon full and beaming into the front room, making the ornaments on the tree glimmer. There was no snow that year, but a deep frost, and lacy fronds of ice twinkled on the windowpanes. The stillness was absolute, apart from the gently glinting reflections of milky moonlight. And even at an age when he could hardly keep quiet enough to tie his shoes properly before racing outside, he stood still there, overcome by a sense of total peace and tranquillity. He forgot all about the presents.

The balm and promise of that night had never left his memory, and the peace it offered became more elusive as he got older. He came down secretly every year, hoping to recapture it. And though it was never the same, the return of the experience flooded through him. He was grateful for the memory, even though its elusiveness made him a bit melancholy.

The door banged open, and Joe started. But it wasn’t so much because of the door but because of a long, unwieldy object that Garda Paul Brady was carrying.

It was a hurley. It was wrapped in red ribbon tied in an elaborate bow, now limp with melting snow. And something else red on it that wasn’t ribbon.