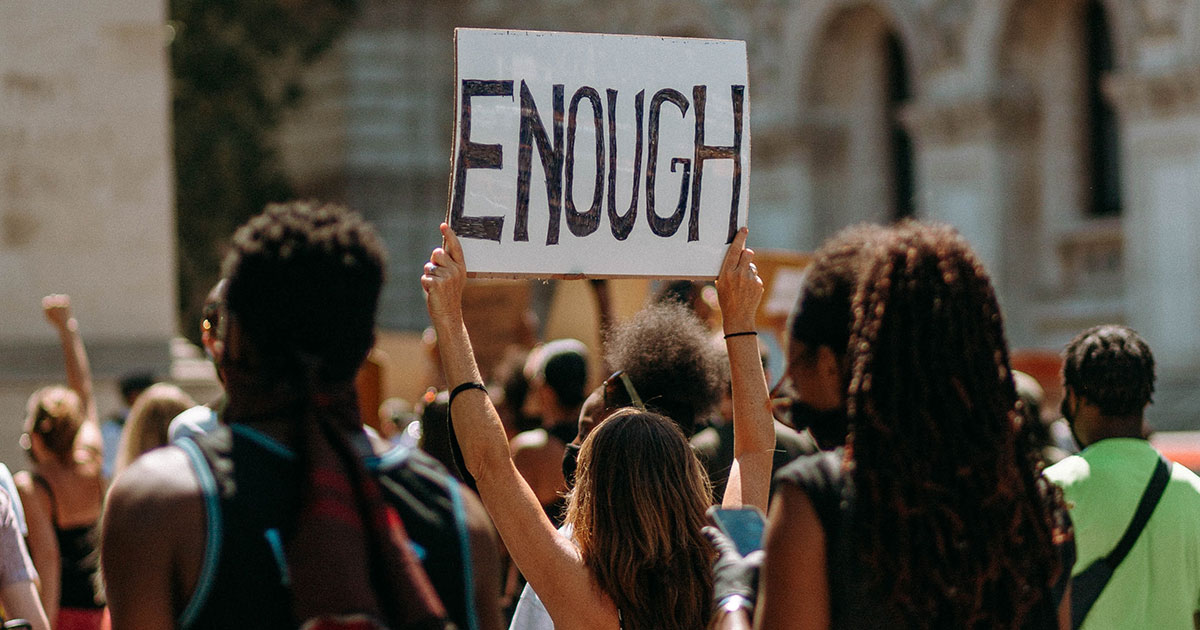 You made it by the skin of your teeth.

All that gut-wrenching worry. All the fears about a potential coup. All Trump’s challenges to the legitimacy of the electoral process, all the court cases, all the hate-mongering. So far it’s come to nothing.

So breathe a sigh of relief, and take a moment to celebrate, and enjoy the sight of the worst president in the history of the USA being forced to leave the White House.

Just don’t get too worked up about the resilience of US democracy, because not only is it seriously compromised in lots of ways, but the challenges to it also look set to get worse.

And don’t crow too much about the defeat of the Republicans, because the GOP is still committed to Trumpism in a big way.

And of course, don’t get the idea that the threat posed by fascism has gone away. It may have receded somewhat for the time being, but it’s going to take more than a middle-of-the-road neoliberal Democratic president to really face it down.

But for now, let’s just breathe, and savour the here and now.

I guess the surprising thing is not that Joe Biden won both the popular vote and the electoral college vote, but that the US electoral system was still capable of delivering a victory to the Democrats at all. Not only have Republican governments at both state and federal level been consistently sabotaging the electoral process for decades, not only have millions been disenfranchised or otherwise denied access to voting, but Trump’s game plan to rig the elections has been on public display for most of his term.

His first move was to pack the Supreme Court in the expectation that election-related lawsuits would get tossed up there for adjudication.

His second move was to defund the entire US postal system, sabotaging the mechanisms of postal voting to discredit the postal vote itself.

His third was to call foul on the electoral process, as soon as he figured he was losing.

His fourth has been to delegitimize the incoming administration, effectively setting up a Dolchstosslegende – a stab-in-the-back legend featuring himself as an unjustly deposed king, ah sorry, I mean president.

The fact that the electoral system delivered in spite of all that is a tribute to all the honest officials and election workers involved in the process. But make no mistake, even in technical terms, American democracy is in deep shit. In a recent article, journalist Ed Pilkington identified the five main areas of concern as: the electoral college, voter suppression, the structure of the Senate (“an outdated, racist, Jim Crow-relic meant to enshrine white landowner power in our government”), the politicisation of the judiciary, and redistricting, aka gerrymandering. It’s an article that makes for bitter reading, and is a measure of the work that needs to be done over the next four years.

But what does it mean to have a two-party democracy, in which one of the parties has declared the system bankrupt?

The Republicans have been in culture war mode for years already. Now, however, they have upped the ante, and moved into a different gear altogether. Now, after years of using every dirty trick in the book to hang on to power, they have declared the process of democracy to be corrupt, and have publicly branded the president-elect as a crook, a liar and a cheat. Of course, they will participate to the extent that they are able to wield a degree of power, e.g. in the Senate. But what they are saying publicly is that the election was stolen. That is not the voice of gracious defeat. That is fighting talk.  Republicans are no longer talking about draining the swamp. They have basically committed to a vision of the future in which American democracy needs to be swept away and radically reshaped to serve the interests of white supremacy, Christian fundamentalism, heteropatriarchy and the 1 percent. As long as Trump was president, this openly antidemocratic aspect of Republican policy was sidelined. Now, with the Democrats ascendant, it has emerged into the open. It is a psychological – and political –  barrier which has been crossed. The Republicans are on a civil war footing.

Trump’s lawyer Sidney Powell was recently quoted as saying: “We have no idea how many Democratic officials paid to have the election rigged in their favor…This is a massive, well-coordinated effort. It is the 1775 of our generation and beyond”. In case you missed the historical reference, 1775 was the start of the American Revolutionary War, aka the War of Independence.

And as for the future of democracy, Utah GOP Senator Mike Lee recently tweeted that “democracy isn’t the objective” of the US political system, “liberty, peace, and prosperity are”.

So regardless of how Trump’s final days as president play out, the Republicans, their supporters, and all the other forces even further to the right, are already lining up for a different confrontation. Under a government regarded as illegitimate, their first duty will be resistance. And their overarching imperative for the next election will be to make sure that the conditions for another stab in the back are never allowed to repeat themselves. If Trump I was a trial run at the abolition of democracy, you can be sure that Trump II will see it through. This is still very much a Weimar moment for the USA.

In that respect, I think it’s worth taking a look at a short article – actually a book review –  in the New York Times entitled “How Did the Nazis Gain Power in Germany?”.

“When elections were called in 1932, the purpose was not to confirm democracy but to bring down the republic… The elections were a ‘solution’ to a fake crisis that had been… ‘manufactured by a political right wing that wanted to exclude more than half the population from political representation and refused even the mildest compromise.’”

This is where America is now. The Republican leadership has sworn never again to concede defeat to the Democrats, even as president-elect Biden makes conciliatory noises and hints of bipartisanship to the opposition. The GOP has taken a sharp rightward turn, as the Republican base forms a seamless movement with even the most right-wing militias. The old status quo is irrevocably broken. Even as Biden dreams of parliamentary bipartisanship, the other side has already moved beyond the very idea of parliamentary democracy. As one Trump supporter on the November 14th MAGA rally in Washington put it: “If we allow this to happen in our country, why bother having votes ever again?”

The trouble with stab-in-the-back myths, is that they take on a life of their own, especially when delivered from on high, like this one. If the entire Trumpist camp rejects the election results, if they are essentially on a civil war footing, it means that anything goes. At the very least, we can expect a sharp uptick in militia-related incidents and white supremacist terrorism by the flakiest of an already pretty flaky bunch. At worst, well, there’s no telling what the developments of the next four years will bring. And it has to be said – an authoritarian right-wing mass movement that rejects bourgeois democracy in favour of disenfranchisement and armed insurgency is placing itself firmly in neo-fascist territory.

But what can be done, now that the genie is out of the bottle? Now that Pandora’s box has been opened?

First and foremost, anything and everything that increases the mobilisation of the progressive coalition – workers, women, BLM, LGBTQI, immigrants – all the people who have most to lose by any future victory of the extreme right. That involves not just pressuring the Biden government for action on Covid-19, jobs, healthcare, the climate and the Green New Deal, but also building community defence, cooperation and resilience, and building the capacity of the working class and the oppressed to take independent, direct action.

Secondly, there has to be effective action on democratic reform to ensure the maximum enfranchisement of black, brown and working class communities, and an end to the conservative blocking majority on the Supreme Court.

Thirdly, there needs to be a long hard look at alternatives to the status quo.

If the right wing is pushing for open insurgency, autocracy, white supremacy and a break with America’s version of democracy, what is the left pushing for? Keeping things as they are? In the face of incipient fascism, mass death from Corona, ongoing climate breakdown, and unprecedented levels of unemployment? That’s how the country ended up in this mess in the first place: democratic gridlock in Congress and the Senate, government inaction, extreme lobbyism and subservience to the interest of the super-rich.

It’s time for the left to take a long hard look at what comes next, and what it wants to come next. Beyond, and independently of, Biden and the neo-liberal Democrats. With a view to the needs of the people and the coming conflict.

Take a deep breath America, and tell us how you intend to reach your dreams.