A new comic serial about a man, his life, and the path of most resistance 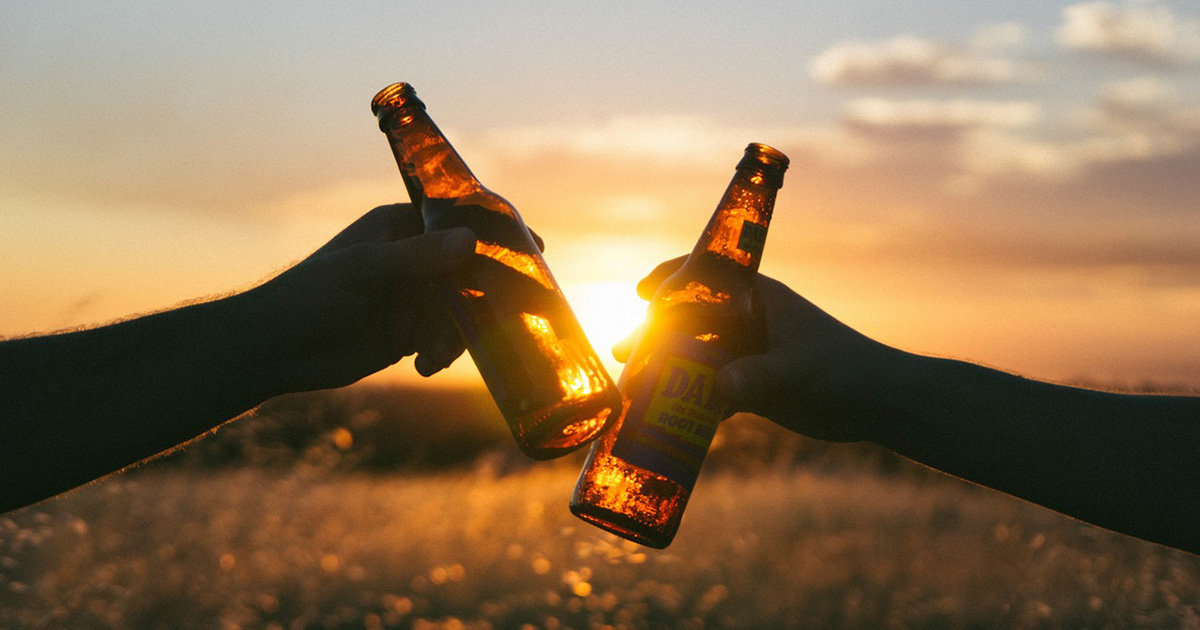 There is something intoxicating about accomplishment. If there is a visible reward it is almost overpowering. We had mowed the lawn, weeded, and edged the flower beds, planted flowers, and three scrawny, doomed tomato plants (I am the pale rider of plants, I am surprised weeds grow around me) and spread rich, moist, hardwood mulch, fragrant with the primal smell of earth. It was hard work on an unusually warm, bright day. It looked great, though.

Natasha, my wife, decided we deserved a little reward. “Let’s go have a drink and an appetizer at Bijou,” she said.

We showered, the hot water scalding on our sunburns, dressed, and dropped the boys off at a friend’s house for the evening.

Bijou Bistro on The Lake wasn’t really on the lake. If you stood on your seat, though, and looked down the redbrick store fronts you could see the sun sparkling on Lake Erie. You could feel the cool breeze coming down the boulevard. Watch the gulls circle and drop screaming loud, almost obscene calls as they dived for food.

I sat with my back to the street, facing Natasha across the table. She glowed with happiness, achievement, and sunburn. Her skin, tinged slightly with red, complemented the neatly pressed white, blouse and khaki shorts.  It was a beautiful sight.

“That guy is just like you,” she said, pointing with her menu across the street behind me.

I moved to the side of the table, to see my twin. “He is a lot shorter, and thinner than me. Plus, he is probably in his early twenties. He is probably half my age. He has straight blond hair, and no gray. Did you forget your glasses?”

“No, he doesn’t really look like you. But, he has gone back into the building three times to get something. Once he drove off, had to find another place to park, and ran back. Always going two ways at the same time.”  She smiled at me, as she took a drink of my beer. She moved the menu to cover her face, I heard her laugh.

“You know I’m a big picture guy. Details, punctuality, tied shoes, all of that is for dull people,” I said, watching the poor man rush back upstairs, patting the right back pocket of his jeans, probably looking for a wallet that was on his dresser, or in a pair of pants in the laundry. It was a move I knew well.

“Remember our first date?” She asked, her face hidden behind the menu, the delight obvious in her voice.

For our first date I had showered early, shaved early, dressed early. I was going to be on time if I had to leave a day early. I left the house, early. I drove to the address from memory, arriving 10 minutes early. A victory for planning and industry. Nobody at that address knew what I was talking about, or who I was asking for, they barely spoke English.

I was glad for their limited skill though, since I couldn’t speak Spanish, at all. Somehow, I managed to convey my confusion to the man who seemed to be the father. He spoke quickly and softly to his children, three of them, happy, smiling, big, dark, bright eyes staring at me.

They were embarrassingly polite and invited me in. I could smell the spices and seasoning simmering in the kitchen. The aroma surrounded me, called me, you could taste the smell, it was inviting and wonderful.  I wished we were going to a Mexican restaurant instead of a pizza place. They offered me a drink and the phone book. This was before everybody had smartphones. I didn’t even have a cell phone.

An older lady came from the kitchen and looked at me, kindly, inquisitively. Her voice was almost a song when she said something to the man. He looked at me, pointed to the phone book and said something back. They laughed, and she patted me on the cheek, her warm, soft comforting hand seemed to say “don’t worry, everything will be ok.”

I declined the drink, but looking in the phone book I found my navigational error. Natasha lived on West 17th. When I pointed to the entry and showed the man the address he laughed. “West, not East,” He said pointing in two directions. His children began dancing around my legs, singing “west, west, not east.”

The woman bought me two fresh tortillas and handed them to me as I was leaving, and the man said “one for you, one for the lady.” We all smiled, and I took the tortillas. They were wrapped in foil, and the warmth was comforting and familial.

For some reason that I still can’t explain, maybe because I couldn’t express my gratitude sufficiently, maybe I was nervous and needed to do something physical no matter how stupid, I bowed in the traditional Asian sign of respect and gratitude.  These poor people from Central America looked at each other in confusion, and then bowed at me. Not knowing what else to do I backed out of their comfortable little house bowing.

“I bought you a fresh tortilla, remember,” I said. She took another drink of my beer.

“Those things always happen to you.” She said, patting me on the hand, her eyes bright, happy, and victorious.

The waiter came over and asked if we were ready to order.

Oliver, our server, crossed his arms, and pulled a pen from his left vest pocket with his right hand and a pad from his right vest pocket with his left hand. He wrote our order and returned the pen and pad in a delicate reversal, no wasted motion, no fuss. The practiced ballet of a food service professional. He reached for my glass. “It isn’t quite empty. Would you like to finish it, sir?” he asked, and Natasha giggled.

Light from the setting sun bounced off windows, chrome hand rails, passing cars broke it into pieces. Crazy patterns of refracted, blinding brilliance crashed against walls and sidewalks. Blinding light, and burning heat, all around us. But, we were protected under the canvas and aluminum awing, in the comfortable shade, wrapped in soft cushions on rounded wooden chairs. Daylight be damned, we were in paradise.

Paradise is sitting in the shade with someone you enjoy. Simple, quiet moments, with small, unimportant conversation, a few smiles, the comfort of familiarity.

“Should we go?” Natasha asked.

“No, let’s order another beer, and relax, we have a few minutes to kill.”

“Why?” You could hear the confusion, but it was tempered with a small amount of delight, the evening was beautiful, and there was something magic in the air.

“I locked the keys in the car.”

She sighed, got her phone out of her purse. “You order the guacamole and tortilla chips, I’ll call the auto club.”

Leif Erklart chased success from Iowa to Ohio. He found glory managing a small department in a small production facility owned by a huge corporation. Married to the woman of his dreams, father of two sons, and firmly entrenched in the middle of the road.