SOME WORDS ON MARRIAGE 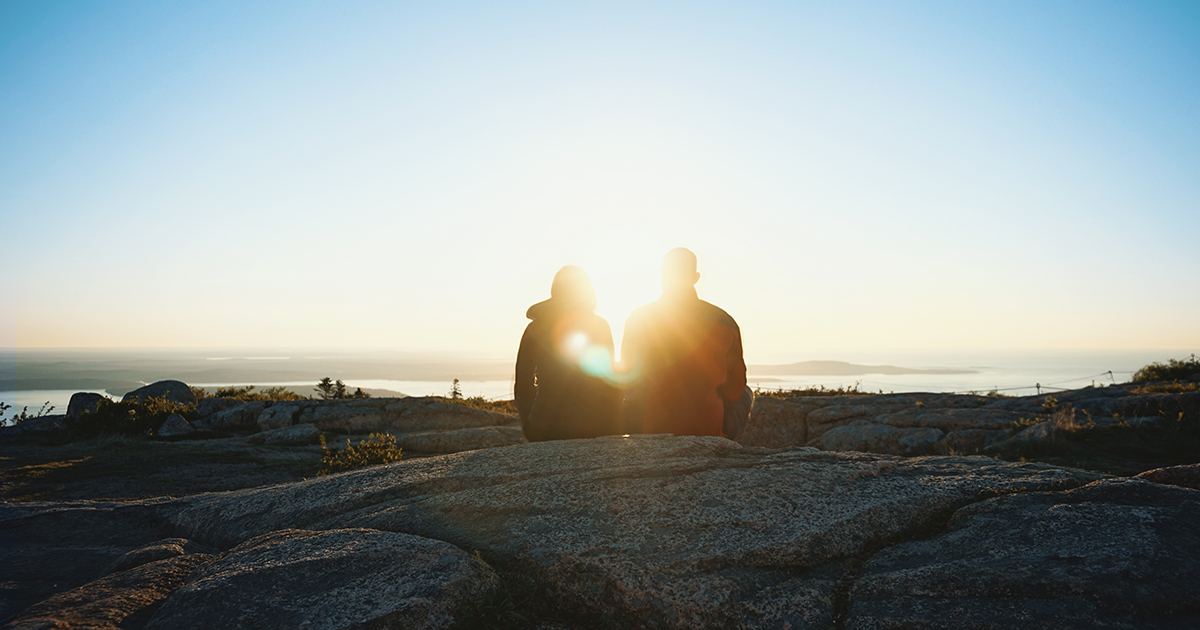 My husband “M” has always been the better partner.  It is partly why I married him.  After a few drinks, I will tell you about the uncanny signs that he is probably my soulmate; otherwise, I will say that I fell in love with his way with words.  Accordingly, our engagement came not after a proposal, but a series of conversations that defined our life goals and the rules of our marriage: to live a life of meaning, purpose, and adventure together; to move abroad; and to bring out the best in each other.

Three years ago, we put M’s career on hold in order to follow mine.  He had just made a difficult career change, and was on the path to opening his own craft beer taproom in the Bronx—a dream finally within reach after years of planning.  Instead, we dropped everything and moved to Germany for a professional fellowship program that promised to pivot our future toward Europe.

When I told M that I was accepted to the program and asked what we should do, he said, “What do you mean?  This isn’t something you say ‘no’ to.”  This moment of generosity and unquestioning support typifies my husband.

Although the decision was easy, implementing it was not.  We moved every four months that year, and M was unable to work.  After the first of three moves, we discovered that I was pregnant.  M began to struggle with his identity, role, and purpose in life, and his despair became an existential crisis for us both.  As with most marital challenges, this was exacerbated when our beloved son made his debut.

To be clear, we were thrilled to have a baby. It was always the plan; and going through the process in Germany, with its stellar healthcare and parental rights, felt like a gift from the universe.

We planned for M to care for our son while I worked.  However, the terms “stay-at-home-father” and “primary caretaker” visibly agitated him, providing our first clue that this arrangement would be problematic.  In equal parts, M both wanted to and could not play this role.  He felt victim to society’s ridiculous gender rules—both the ones he had internalized, in which he felt guilty for not contributing financially “as a man should,” and also the ones that women seemed to have internalized.  He felt ostracized at the mother-dominated playgrounds and “mommy-and-me” events.

This came to a crescendo in our next period of “purgatory in Ohio.”   We were waiting for my employer to make a decision about our future location—an anticipated three-month process that wound up taking almost a year.  We alternated nights between the homes of my parents and his mother; and although we all love each other, the arrangement simply was not working.  Our marriage requires the ability to sit on the couch in our underwear.

Unable to take our frustrations out on my employer, our in-laws, or our baby, that left only each other.  I confided in a good friend who responded with deep yet casual wisdom, “Oh, yeah.  Last year we almost got divorced after The Baby Mitten Incident.  I highly recommend marriage counseling.”

Ten minutes into our first session, the counselor declared, “Your life is a shitshow.”  This was a comforting diagnosis.  It validated our stress and our inability to cope with it.  Our challenges were not personal failures, and perhaps even typical—of a development worker and a “trailing spouse”; of new parents; and a couple choosing to live an unconventional life that shirks normative gender roles.

Still, this was our crossroads.  At what personal cost do you support your spouse’s dreams?  At what point must you walk away from your own dream, if there is no role in it for your spouse?  When two people in a marriage have fundamentally different or opposing needs, what happens next?  One answer was certain: as parents now, the only option was to make it work.  I laid awake at night wondering which of us would have to be the miserable one.

With our counselor’s help, we found our way back to each other.  We moved to our own apartment.  We recommitted jointly to our goal of moving back to Europe, but established an end-date, when we would seek Plan B (a terrifying non-plan, nuclear option).  M gave me the words to quickly guide my employer to Berlin as our destination—an affordable city with a beer scene, where we could both thrive.

We also established new operating rules for our marriage.  Inspired by a “Modern Love” piece in The New York Times, we are allowed to hate each other for 10 minutes a day.  For us, the absurdity and honesty of this actually eases tension.  We do not have to pretend that everything is fine, and we have a framework to let frustrations be aired and then dissipate.  There is something particularly cathartic about looking at M and saying pointedly, “I like you again,” and hearing his laugh.  Or even being able to ask, “Do you like me again?” and hear him answer, “Not yet.”  There is unconditional love in that yet.

In Berlin now, we have achieved our harmony again.  M has an exciting beer job, and our son loves his daycare.  Under the covers at night, M whispers, “I do love you and like you.”  I smile, and whisper those perfect words back.