The t-shirt has you in silent giggles. In crowded English, it asks “Are you a tourist? Did you enjoy Berlin? Good—now go home.” The wearer is a dumpy woman, earnestly raking leaves from the communal path, not five feet from where you are busy doing your community hours. Gunther has decided that the community hours will be your best introduction to the Kleingartenkolonie. So here you are, trimming branches from the apple trees that hang over the paths and clearing reeds from along the frog-spawn-drenched canal. You have registered the volunteer hours with the plot number of Gunther’s neighbour, because officially you are not supposed to be here. No one is allowed to know that you and your boys are squatting in the garden, now that Gunther’s erstwhile neighbour has grown bored of digging, seeding, watering and harvesting. No one knows that you are a foreigner, and relying on Gunther’s whispered English instructions to know what to do. The t-shirt is not meant for you. You wonder what she would do if you went over and introduced yourself in your accented German, a spy in their midst. Gunther tells you not to giggle.

Gunther is the reason you are here. For years now he has gazed over the fence at the abutting poorly-kept garden with barely concealed colonial pretensions. He dreams of invasion, expanding into neighbouring territories. Now he has convinced his neighbour not to surrender the plot to the garden committee, who would immediately put strangers into this prime position. How lucky for you, in your English-German tandem class that he mentioned all this, invited you to be part of the take-over. You jumped at the chance. You didn’t care that it wouldn’t be official—you know that your foreign surname would get lost on the endless allotment garden waiting lists otherwise and you desperately crave a family garden experience. In return, you will plant what Gunther wants, share the harvest with him, and help him annex the better drainage down to the canal.

Finally, no more planting herbs that die with the first frost in little window boxes. Your city-bred kids, the ones who think mud is yucky and that lady-bugs are scary, are going to learn what it means to dig and plant, and be in tune with the seasons. There will be apples and plums and carrots and pumpkins and berries and fresh flowers to cut. You can practice German with the garden neighbours, and feel superior to all your foreign friends here who like to show off how well they fit in.

You have no idea how to lay out a garden, but Gunther has had his campaign planned out for years. He tells you that the first thing to do is pull down 80% of the fence that runs between the two plots, so you can access each other’s space. You can only pull down 80%, he explains, because there is a rule about how much fence must surround each property. Also, each garden should have no more than 30% lawn and 30% must be devoted to food cultivation. But for every fruit tree you have (like the valuable pear tree) the percentage goes down by 5%. You must have 30% flowers, and you must agree to dig out invasive species, of which he now names about a dozen. The remaining 10% should be garden path. You cannot remember all of this. You open your mouth to ask about the first thing again—what percentage of vegetables?—but Gunther has moved on to his method of cyclical planting, and a plan of who will pay for the new compost bin.

And so it starts. Your dreams of lazy summer afternoons must be prepped for with hard work. Not just cutting the grass and digging over seed beds. You spend days, literally, digging out the long, thorny suckers of an ambitious blackberry, its spiky branches like little swords. Your husband is bent double cutting out sods of earth, like a peat-harvesting Siberian peasant, making a path between the garden beds. By the time he has laid the stones his fingers are blistered and his big toe is bloodied. But Gunther is not pleased. The path is not flat, and there is too much space between each stone. To your astonishment, he convinces your husband to take the stones up, pour more sand, begin the weary work again.

It takes time, but slowly the whole family finds their garden legs, their collective green thumbs. The path is finally finished to Gunther’s satisfaction, the blackberry has been dug out (or at least is invisibly lurking below ground, which you decide is good enough for now), and the new grass seed is starting to sprout. The slim, fragile spears make your toddler clap in excitement, before he crawls under the protective twine and tramples all over them. You fall into a rhythm of weekends in the garden, digging and planting until your muscles ache pleasurably and surveying the dirt under your nails in satisfaction.

You and your family start to bask in the seasons. In March you plan an Easter egg hunt. In April you buy a small bbq. You watch the blossoms flare open into delicate fairy floss colours on the branches, followed by the steady swell of ripening fruit. As your neighbours walk past, you call out a cheery Guten morgen!, and they nod and look with interest at the garden coming back to life under your devoted care. You are even foolish enough to think that perhaps they are pleased.

It is late spring when you hear about the inspection. The garden overlord (ok, you know it can’t be overlord, but that’s what the word makes you think of) is coming to inspect the garden. He has heard that great changes are afoot: he is coming to see What’s Going On.

Gunther is surprisingly nervous. He mutters to you darkly that the garden overlord is ex-Stasi. You understand that with his guerrilla gardening, his imperialist ambitions, Gunther is not well-liked by the garden community. You must say you are a friend of the real lease-holder (who you have never actually met), just helping out. Definitely do not mention that you are a friend of Gunther’s.

In the end, you do not say much. Your basic German withers like a weed before Herr Kellerman, the officious older man who comes armed with his clipboard, a measuring tape bulging menacingly in his back pocket. Herr Kellerman counts your fruit trees and asks detailed questions about what is planted in each bed. He looks at the sandpit for a long time, but evidently he can find no rule that governs its size or placement. You have passed the inspection! As he walks to the gate, in a rush of giddy relief, you call out “Thank-you!” in English.

He pauses, turns back. He looks at you for a long moment, then surveys the garden one more time. Gunther, pretending to weed on his side of the fence, looks up in alarm. Herr Kellerman barks out that you do not have enough flowers: there is not enough colour in the garden. He informs you that he will be back in twenty days to check again.

It seems that you have raised the suspicions of Herr Kellerman and the garden committee. They have sniffed out what you really are—a queue-jumper.

The weekend traffic past the garden increases significantly, as neighbours are drafted in to try and catch you rule-breaking. You behave exemplarily, planting even more flowers and vegetables, cutting every rogue nettle, and setting out new garden furniture. At the same time, you notice that not everyone takes such care to follow the rules. Or perhaps there are rules that you don’t know about if you are not a Berliner, not an East Berliner, not from a two-or-three-train-station radius around Treptower Park.

Paranoid, you forbid the children to play any game that might fly over a fence. You are afraid to skip a weekend, in case the grass grows too long. One Sunday you can’t make it, and Gunther grumbles that the apples will be rotting on the ground. Another weekend, you convince friends that a day in the garden will be a chance to see the real Berlin. But once there, you worry you have made yourself conspicuous. But when Herr Kellerman comes back, the flowers are growing and he pronounces himself satisfied.

The armistice lasts as long as autumn. Like many great campaigns, it is a foolish error that brings about the end. You have worked days, cutting back fruit trees and pruning roses, piling the debris in the far corner of the garden. The boys have worked too, using the leaf-blower, and running back and forth with dry leaves clasped between their little gardening gloves. You and Gunther survey the impressive mound and he grunts “You should burn this.”

Perhaps he has made a mistake with his modal verb. Perhaps you are so used to following Gunther’s orders that you automatically assume it is a command. Whatever the reason, as he goes to make coffee, you fetch the matches from the bbq grill, bundle the drier leaves together, and drop in the flame. By the time Gunther comes running out of his shack, waving his hands madly, it is well alight, a tell-tale plume of smoke rising merrily into the air.

It doesn’t take long for the first neighbour to arrive. Someone has run to fetch Herr Kellerman, and soon he is there too, blustering that he will call the police. Gunther melts away, leaving you to explain falteringly that you didn’t realise it was against the rules.

Now the interrogation starts. Is your name on the lease? Is that your sandpit, your bbq, your children? The fire is put safely out, but it is no good.

Too late Gunther steps in to explain, but it’s useless. If his neighbour no longer wants the garden, it must go to someone on the waiting list. All those Saturdays and Sundays you put in, all that labour, has merely sown the seeds for someone else to reap. Herr Kellerman informs you that you are permanently banned from the garden. He writes a sign on his clipboard and then hangs it on the fence. Your family is untersagt—prohibited.

Ashamed, you gather your tools and gloves and put them away in the shed. You tell the boys to collect their Hot Wheels from the sandpit. Gunther will have to wait until Herr Kellerman is gone before he can reclaim the tools he has stationed there. He will have to sneak over the fence to harvest the last potatoes in the dark. Hearts heavy, you walk away from the battlefield, its plume of smoke still spiring into the air dolefully.

But even as you walk back along the road to the station, a strange thing starts to happen. You realise that although you have been routed, the defeat may not be total disaster. Now that there is no longer a battle, you don’t actually have to fight.

‘You know,’ your husband says carefully, ‘Next Sunday there’s a big festival on. Maybe we could take the kids.’

‘That sounds nice,’ you say. ‘Should we invite Gunther?’

‘He’ll probably be too busy.’ 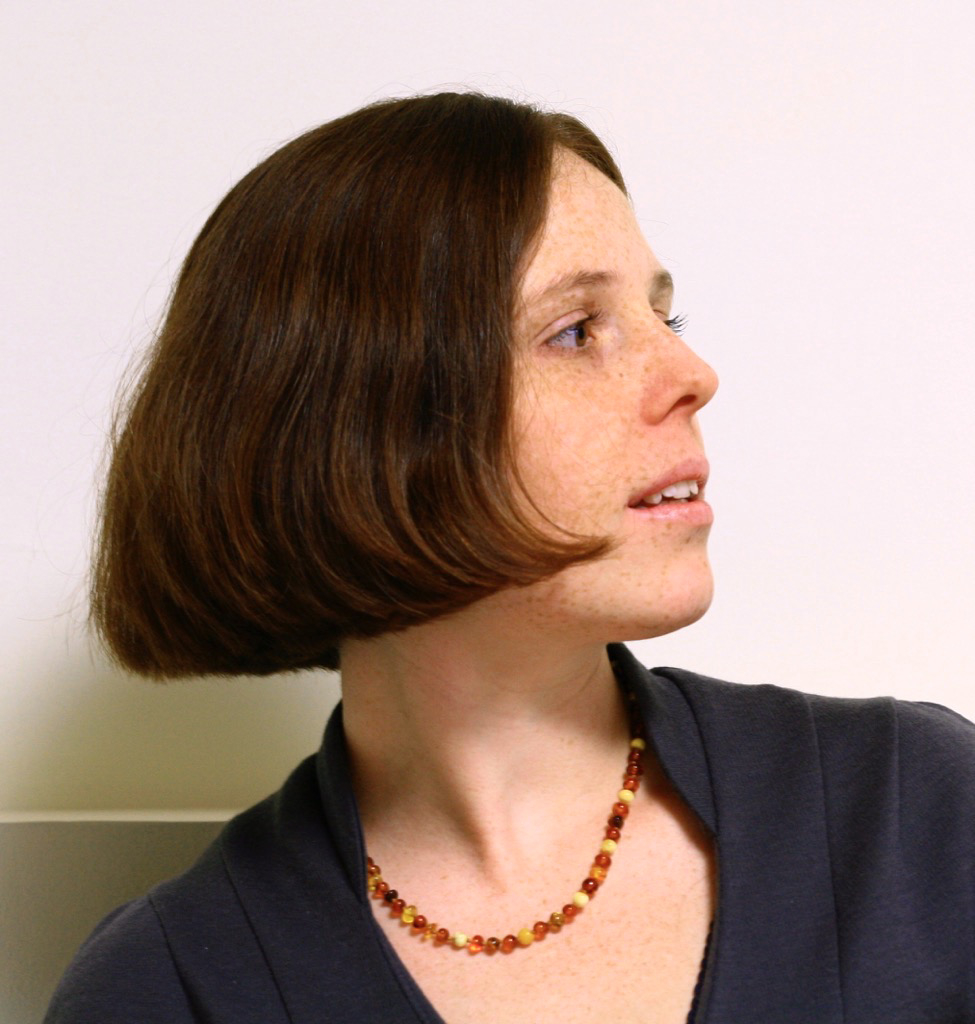 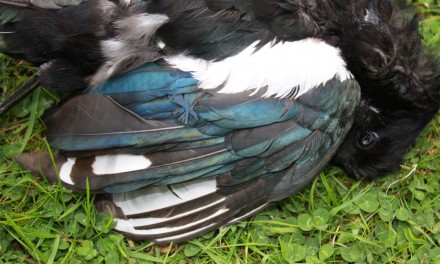 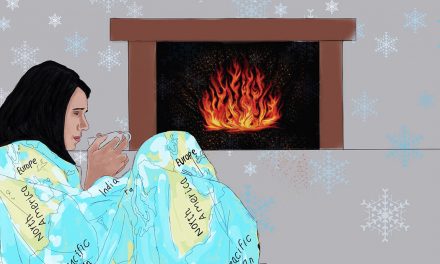 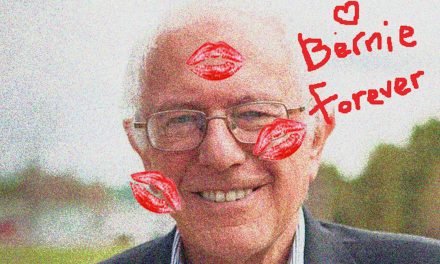 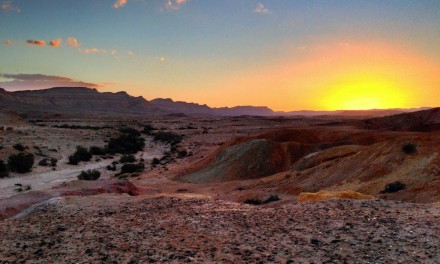