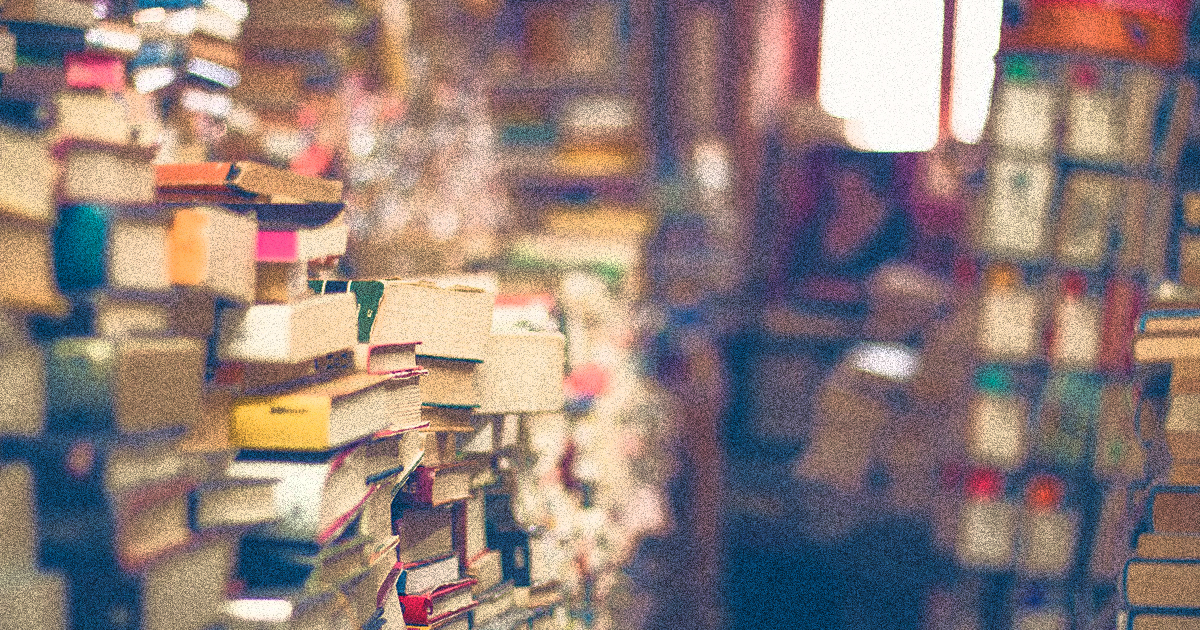 ‘How to Make Stories’

It starts in a basement.

You and many others are sitting there, have been sitting there, for ages, listening to stories. The stories are being read by invisible voices, and they demand your attention.

The thing is, even though you don’t know it yet, you will be tested.

It doesn’t really matter to you, forgetful as you are. The things you pack, you will likely forget. What is important are the stories. Remember the stories? The endless dictation of a verbal snapshot? You’re supposed to remember them. So while the voices dictate their story, try and do your best to listen.

You can’t remember all the stories yet. You’re distracted by the books around you, which you’re allowed to look at but not allowed to touch. You’re supposed to be listening, fully listening, while you pack everything you own in those suitcases, before the flood comes.

No one told you about the flood. Nothing can stay there inside that basement because it will be filled with water soon and there’s no way of knowing what will survive.

Only the stories, of course.

If you manage to remember them.

So there you are, listening to the stories, trying to memorize them, to understand them. You are waiting as you wait for winter, sometimes with longing and sometimes with dread.

But, slowly, you forget the feeling of dread, as you forget winter when it’s summer. You forget it, because somewhere, deep inside you, you start yearning for that flood with the same intensity that you fear it. And I feel compelled to remind you of the danger that looms ahead, of the danger of losing everything and the need to hurry up and remember those stories, because your life depends on it.

But you stand there thinking, measuring the situation, even though you were told not to think. Just pack and listen to what they are reading because your life does depend on it.

Before that water runs in, to destroy everything you have been living on, take it all in. It’s part of the test. Even though you still don’t know it yet.

Listen, carefully, before the landscape changes (that’s what that basement is after all: a landscape.) Listen, before you decide to walk around the basement, ensuring that everyone is making their way out to safety with their important suitcase in hand. Before the doors shut and you realize that they are very heavy and are all missing a doorknob. You can only open them with a key and you don’t have it.

Whatever you do try not to get nervous. Concentrate on the stories.

Remember the story about the girl in the busy tearoom, the story about the woman who wears bear ears and climbs up people’s balconies in Berlin, or the one about the clockwork wife. Imagine what it’s like for that brave girl warrior who rides a bull and fights the wretched, evil hag. Don’t worry, it’s all fiction, but you have to imagine it. You have to feel it. Otherwise it won’t work.

You look around and you confirm that you are the last one left, until you hear something in the next room. As the voices tell their stories you walk into the room and see a man. He’s picking up books and putting them in his important suitcase.

“You have to go,” you say in your gentlest tone, ignoring the fact that he can’t take books with him. “And you need to hurry up because we’ve almost completely evacuated the basement.”

The man looks at you crying and he says he knows. But did you know that the basement is shutting down and no one can come back for months?

You feel your insides turn cold as you think that. Fear kicks in because you don’t want to be left behind and you know you have to get out as soon as possible. You think about the doors again as you walk ahead of him, leading him out.

You tell him you both have to leave the building quickly because any minute now, the flood will come. And as you say this, you’re still trying to listen to the voices telling stories, trying to pay attention.

Then you get to the stairs leading to the exit door, which is slightly ajar, held open by a small rock. That’s when the voices stop reading and you can both hear water.

The man rushes up the stairs in panic ahead of you, accidentally kicking the rock away as he runs out the door. And as you see the door closing you’re surprised that you have time to be surprised, to run to try to put your foot in where the rock was, to grab anything to put in between so it doesn’t shut. But the door does shut and something inside you shuts down as well.

You don’t have the key.

You let out a scream but you know no one can hear it amidst the sound of that flood. That’s when you understand.  You sit on a step and cry, hard at first. But it soon becomes a soft sob.

You realize there is no food down here. You gave it away. And soon there will be only water. You may starve. Unless you feed off the stories. Remember the stories? You have to. Your life depends on it.

You walk, ankle deep in water because the water levels are quickly rising. You remember the story about the Californian retiree who had a tad bit of ear snipped off by a barber.

When the water is up to your knees you remember the story about the PhD student and the promiscuous vampires. Then the one about Jimmy and Doc Mucus, two guys making a living in a place called New Clone City.

As you picture Doc Mucus and his reptilian tongue you watch the water flow and flow and flow, doing what it has to do. It’s going to change the landscape.

You’re going to change the landscape.

And your important belongings will remain safely packed in floating suitcases.

As months go by, you float. You remember the story about a botanist and his obsession with sinister, exotic plants. As you wade you remember the stories about jazz music hands caressing an out-of-tune piano and Chinese cyber revolutions and A.I.s.

You no longer crave food. You don’t even want water because you’re feeding off stories. The stories. You chew and savour every last word of them.

You continue remembering, nibbling, until the water levels go down. That’s when you look around and notice that everything in that basement has been swept up, swirled and moved. The landscape has finally changed.

You find your important suitcase. And when you open it you find only two or three useless words, remnants of what you have devoured during the last few months to keep you alive. When you see this you feel something scratch your throat. You try, once again, to remember more stories but you can’t. You’ve consumed them all. And all you can do is open your mouth and blurt out a word, any word. The first one uttered in months.

Another word follows it, and another one after that, until words are coming out of your mouth without you even thinking about them. You are spitting them out, like a flood.

This is it. This is your flood.

It’s not until then that you notice you are no longer floating but sitting in front of other people in that basement. And you’re flooding them with words, telling them stories as they watch and listen. Each one of them paying attention, trying to remember them.

And as your stories fill the room, you can hear the faint whisper telling them to devour those stories and words. Savour them. 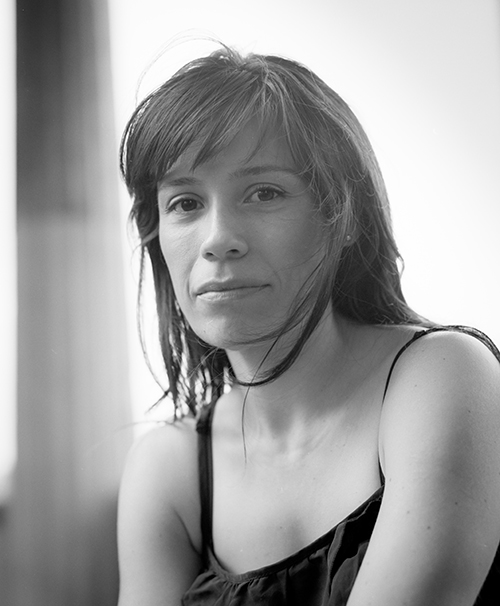 Sharon Mertins was born during the disco years somewhere underneath the deep Guatemalan sky. She’s fairly positive she lost her pixie ears when she was very little and it was her enduring pursuit to find them again that veered her into a life of endless word slinging.  She’s a master dreamer based in Berlin, where she spends her time knitting strands of thoughts together, trying to make sense of them by turning them into elaborate tales.

Her work has been published in Leopardskin & Limes, Literally Stories and in 2016 she received an Honorable Mention for the Glimmer Train Short Story award for New Writers.