REACHING OUT FROM THE INSIDE 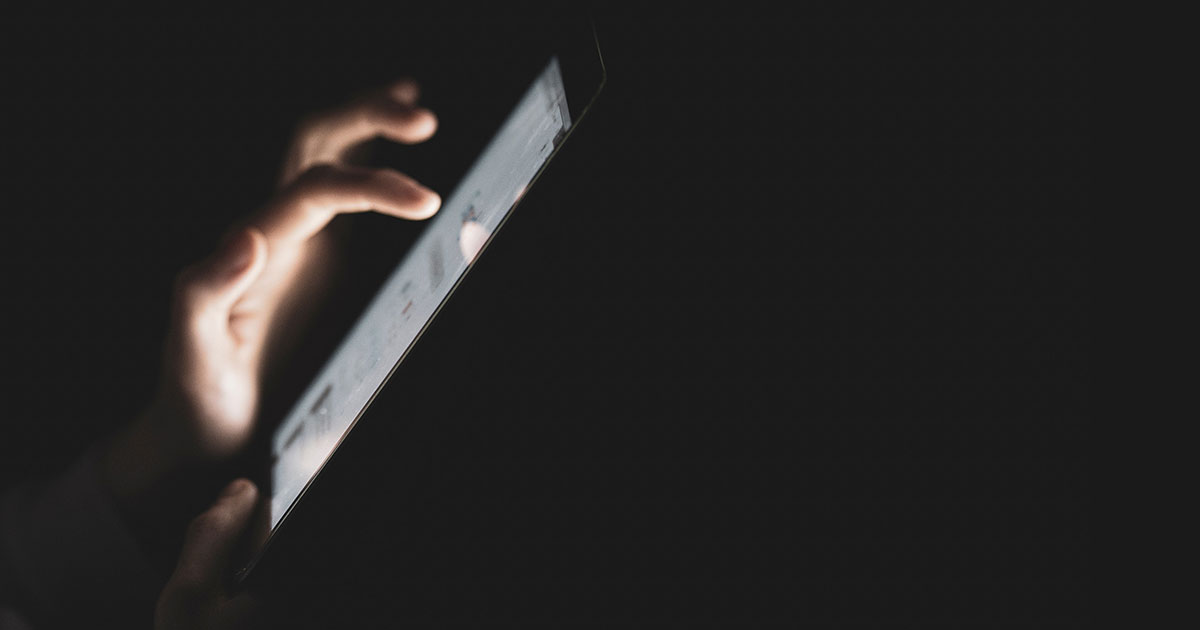 When I started my eight-year prison sentence, staying connected to the outside and keeping my finger on the pulse of the world were essential to my sanity and inner peace. I vowed to never lose touch with what was going on out there on the streets, but at times it was difficult. I read newspapers and magazines avidly, called home, exchanged letters with loved ones, and watched the local news, but I still always felt a little cut off from real life, and yearned for a way to stay relevant and present.

I missed being in the middle of the action, but mostly I missed linking up every day with my family, friends, co-workers, and lovers.

The roots of social connection in this century grow out from the tree of technology, and sitting in a correctional institution, I had no access to any form of instant communication. No internet. No iPhone or iPad. No Facebook or Instagram. No Zoom. lt was as if I had been transported back in time to an age of silent movies and telegrams. There were illegal smartphones floating around the prison, and for the right amount of money I could rent one, but I didn’t take the chance. I’d promised my parents and son that I was going to do the right thing while I was incarcerated, and I refused to risk getting in trouble if I was caught.

So I sat alone inside prison while the planet spun around without me, living on the outskirts of information, finding out weeks or months or years later if someone famous died, learning of current events long after they were extraneous. Little things passed me by that, had I been home, I might have seen on a daily news site or read on a group text. Occasionally, I reached for my pants pocket like a twitch muscle memory before realizing that my prison blues didn’t have pockets, and my cell phone wasn’t there.

Connections are the fabric of life. Connections allow ideas to interweave through different cultures, demographics, intellects, and nations. They entwine emotions and art and language with complete strangers and family alike. A communal link is as essential as mother’s milk; it brings people and dreams together and lifts up the greatest thoughts of each generation. But when you live inside a correctional institution you lose that bond with the life energy flowing all around, and it can be depressing.

When the Florida Department of Corrections introduced electronic tablets to the general population in 2018, it was as if fire had been rediscovered; it felt like a transformation. As I held my state-issued 7″ JP5 tablet in my hands for the first time and entered a new password, I was energized. The possibilities were once again endless. Prisoners have historically been segregated from society – literally and figuratively – and banished into isolation.  But with access to a tablet, albeit sans internet, I had the means to connect with my people once again, and the rest of humanity. Emails and AP news wire. Videograms and picture attachments. New music and movies. Podcasts, e-books, Kahn Academy tutorials and video games. All at my fingertips. It was like being freed from the shackles of a Luddite ruler, and the whole prison was abuzz.

Being able to wake up in the morning and check my emails gave me a flood of endorphins, and seeing pictures of my nieces and nephews and sons brought me pure light. My mother sent me 30-second videograms of the snow falling in her backyard or the sounds of wind chimes through the trees or a family picnic at Easter, faces smiling and everyone waving hi to me inside. Those moments lifted up my spirits and gave me a hope that I hadn’t always found before, and staying in touch with my loved ones so closely made me feel like a part of something real and immediate.

The world became instantaneous again. Instead of re-reading old National Geographic magazines in the library, now I watched a video tutorial about the universe by Neil Degrasse Tyson. While before I was limited to whatever static-filled stations came in on my plastic AM/FM radio, now I was ordering hundreds of songs from a catalog of current musicians. Instead of ignoring the cracked television playing reruns of some old game show in the dayroom, now I lay in my bunk on Saturday nights and watched new romantic comedies and documentaries. My life expanded exponentially and digitally. After years of experiencing the human toll of separation anxiety, I was finally tethered to the material world again.

But it didn’t take long for the DOC to exploit incarcerated residents for profit, and, in time, other problems like theft and extortion by inmates arose. The tablet services, while reliable and easy to use, were expensive. Everything–from emails to movies to printing copies of our digital mail–cost money. Indigent men had no way of communicating with others digitally and couldn’t listen to music. Some, having been in prison for so long, just couldn’t understand how tech worked. They were the ones who sold their tablets to drug dealers and reported them stolen.

Billed as a source of education for incarcerated people, the tablet became my escape from a sad reality; other men walked around the cellblock with their heads down, gazing at screens like zombies. I found myself attached to my device like a security blanket, and charged it religiously, fearful of a dying battery. I instinctively checked my email every couple of hours, and tuned out my surroundings for entire days while reading e-books. When things got tough or the negativity became too much, I’d plug my headphones in and listen to music until I fell asleep, wishing for a better life.

Having the ability to talk to my family, friends, and colleagues in an instant with the touch of a screen lets me be a part of something again; it gives me the ability to form an intangible union with the free world. Listening to podcasts on crime reform and watching TED Talks on evolution and sending videograms out so people could remember what I looked like are things that I never thought that I’d be able to do from inside the razor wire. Because of this, I am still plugged into the matrix. As I get ready to leave prison for good, I don’t know how I could’ve stayed connected to tech and people so well if not for my tablet, but I still think it’s wrong to overcharge a vulnerable population.

The feeling of waking up inside prison on your birthday is indescribably morose; the feeling of opening up an e-card or videogram from your mom on said birthday is sanguine. With all of the things you lose when coming to prison, we’ve finally gained something for once–a connection to the people and places and things we love.

Ryan M. Moser is a recovering addict serving a 8-year sentence in the Florida Department of Corrections for a nonviolent property crime. Previous publications include Evening Street Press, Storyteller, Santa Fe Literary Review, The Progressive, themarshallproject.org, medium.com, thewildword.com, thestartup.com, and more. He was a winner in the 2022 PEN America Prison Writing Contest. His essay “Injuries Incompatible with Life” received an Honorable Mention award in 2020, including publication on pen.org. Ryan is a Philadelphia native who enjoys yoga, playing chess, and performing live music. He is a proud father of two beautiful sons.