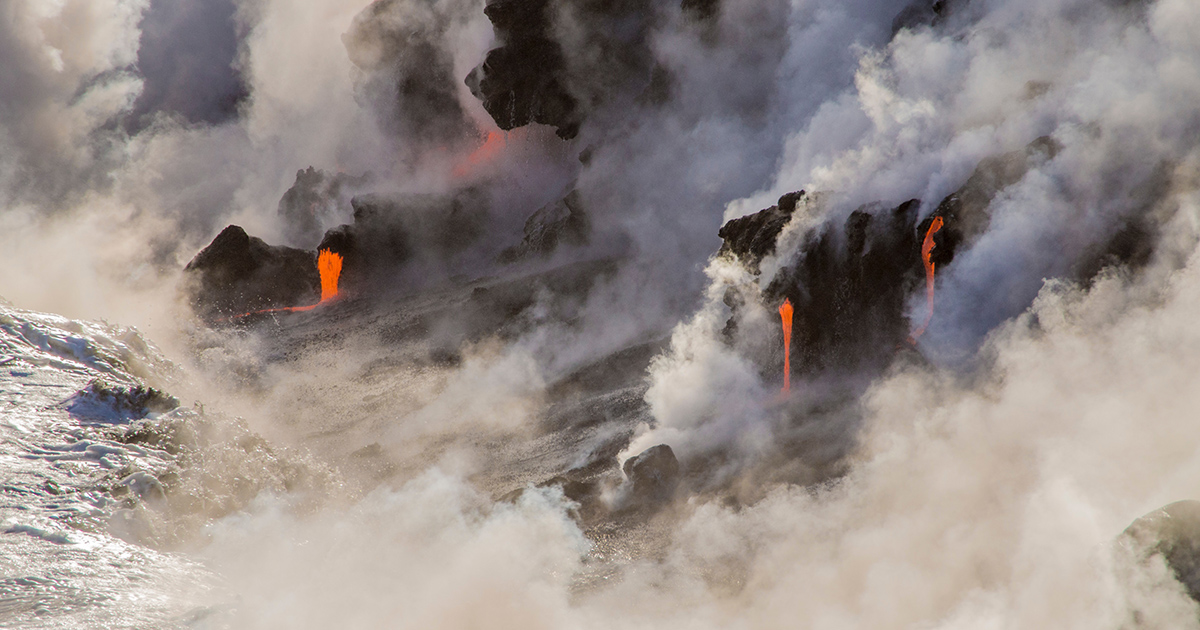 Never Underestimate the Ring of Fire

Never underestimate the Ring of Fire
for if we become so complacent that it matters not
where the next earthquake, the next volcano
the long breadth of fault spreads darkly
through city streets nowhere near
if we forget to care and lose all fear,
if Japan’s problem is theirs alone and after all
Ecuador is really far away from here
so when they beg for help we don’t answer the call
then the finger that wears that seismic ring
points in a different direction and here’s the thing
we have no control over the fire down below
we can’t anticipate where the dragon will go
as the karmic tectonics of memory slides
past all those villages where the innocents hide.

The man on the fire tower is a little black blob
from a children’s book, pressed against the evening sun
waiting for his replacement to come.
He searches the horizon for white puffs of smoke
moving faster than the fluffy clouds
speaking like the Indians spoke
in old movies,

only now the message is bleak and dire,
no rain, severe drought, fire!
But that one flash of movement
when he raises his face to the sun
enjoying the warmth
like a puppy on the front porch
stretching his neck towards the fading light
imagining the chances of sunward flight
away from fire before his evening run.

Looking up, and then off to the horizon
where the smoke speaks
as flames move towards the metal column,
a tree with no leaves,
born of desperation
born of a foundation of drought
born of climate change doubt

and the voice is a demon
whispering, you can’t stop me,
silly young boy with no plan.
But this kid with his head in the clouds,
has seen the future in the sun
in the moon and the faraway stars.
And he knows he is one.
So he yells to the skyline, “sure I can.” 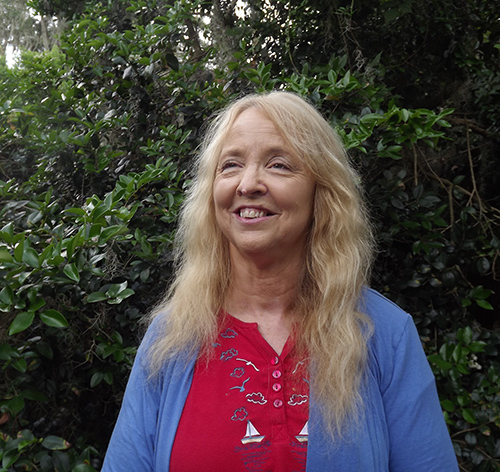 Wendy Thornton is a freelance writer who’s been published in Riverteeth, Epiphany, MacGuffin and many other literary journals and books.  Her mystery, Bear Trapped: In a Trashy Hollywood Novel, was published in 2015. Her memoir, Dear Oprah: How I Beat Cancer and Learned to Love Daytime TV, was published in July 2013. She was nominated for a Pushcart Prize, and her work has appeared in England, Ireland, Australia and India. Her new book of essays, Sounding the Depths, will be out in September, 2017.