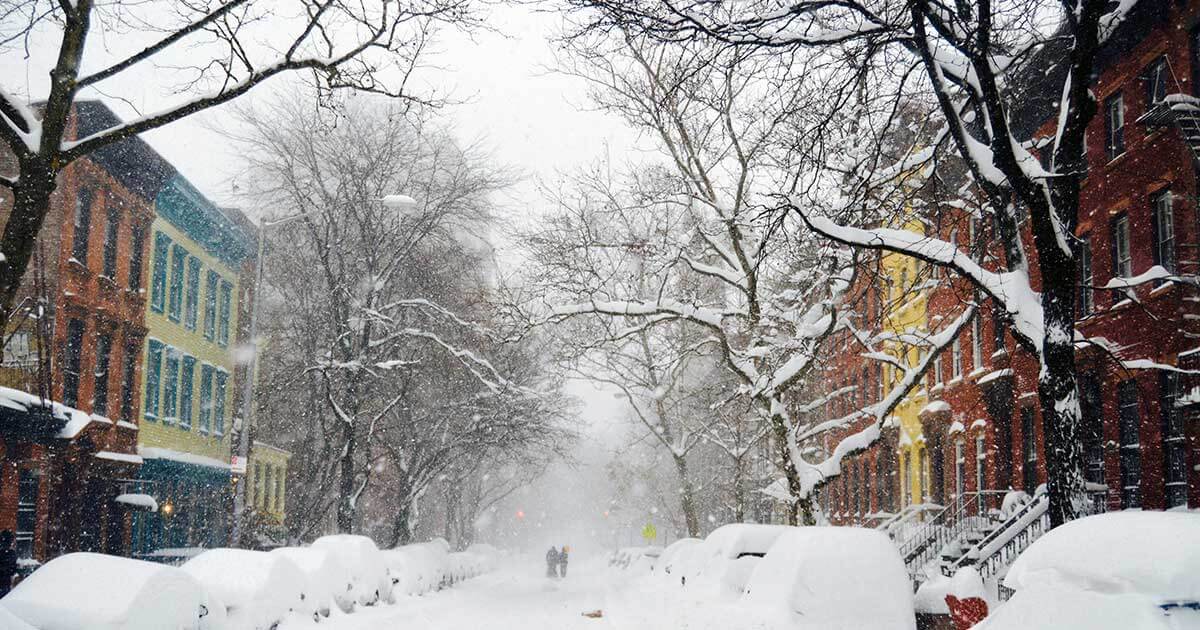 The weather forecasts all through yesterday
were rolled up into children’s dreams of snow
to close the schools and turn them loose to play
among these clouds come down to earth. It’s slowed
the adult world to a slippery, skidding halt:
we’re left to shovel, scrape, commute, arrive
late to work and tell the boss the snow’s at fault—
“I struggled just to make it down the drive…”

Now pause and hear the void between the scrapes’
clanging. Hear how each passing car drone dies—
how muffled all sounds are. Nothing escapes
this damping down of human enterprise.
Snow-ridged branches reach the low-slung sky
where white meets gray, merging imperceptibly.

Blackcaps dart through the thicket
peeping in the sun;

while the swan begins her nest
far too near the road.

And still the crocus in her bulbous wisdom
waits beneath the ground
here in hibernal New England.

From the Outer Reaches of Macomb County, Michigan

He sits and sips his morning coffee,
pulling out the letter from their son
from the pocket of his robe. Vacantly
he looks out through the picture window
down the hill and off across the yellow lawn,
through subdivisions carved
from hillside orchards,
crossed now by streets with names
like Jonathan, Duchess, and Patty Ann.
Some time ago there was, he thinks,
a cornfield just across the street
and thinks, with some more certainty,
that not so long ago their street was dirt.
Since then, along the drainage ditch
a strip mall has sprouted up. He grunts

and rises from his chair and turns;
his eyes catch,
and scan the yard. He sees
that vines have crept in from the lot next door,
and that the branches last month’s hailstorm
brought down still lie splayed or end-in
where they fell. He sees the scruffy lawn
where leaves whirl indolently.
He sees the adjoining beds now overrun by weeds
and tonsured, spent chrysanthemums
with stems keeled down on the railroad tie retaining wall
long splintered and gone soft. He sees his dangling
hammock rotted down to strings,
now flitting in the chilly breeze. He sees the mailbox,
rusted and bleeding from its rivets,
its red flag fallen and lying in the stubble
beside the warping wooden post. He sees
the white enameled gaslamp
half-swallowed by the Douglas fir, a mere sapling
back when they’d moved in.

Up closer to the house
along the patchy gravel drive he sees the cars,
with their accumulated chips and dings
and, ungaraged for years, their milky cataract veneer—
three cars for the two of them,
though he’s the only one who drives these days.
He wonders when his son will come and get the third.
The letter says he’s just about to get
the cash to get a place where he can settle in and work on it.

Nearer still he sees
the picture window’s leaky edge
with drops of condensation pressed
between the plates of glass.
The gasket around the plate glass has
given way, he sees,
and supposes that he ought to get
to fixing it before winter sets in.
He considers this a while, then rises.
He balances the letter on his empty cup,
and pads his way along the hall
to draw his morning bath. 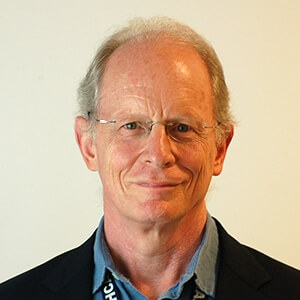 Mark Bauer’s poems have appeared in over twenty literary journals as well as two chapbooks, Imperial Days (Robert L. Barth Publishing, 2002) and The Gnarled Man Rises (Scienter Press, 2005).  His poems have merited Honorable Mention recognition from the Thomas Merton Institute Poetry of the Sacred Prize and the Southwest Review’s Marr Poetry Prize.  He is professor emeritus of psychiatry at Harvard Medical School and have published over 200 scientific articles and six books, including the anthology, A Mind Apart: Poems of Melancholy, Madness, & Addiction (Oxford University Press, 2009).