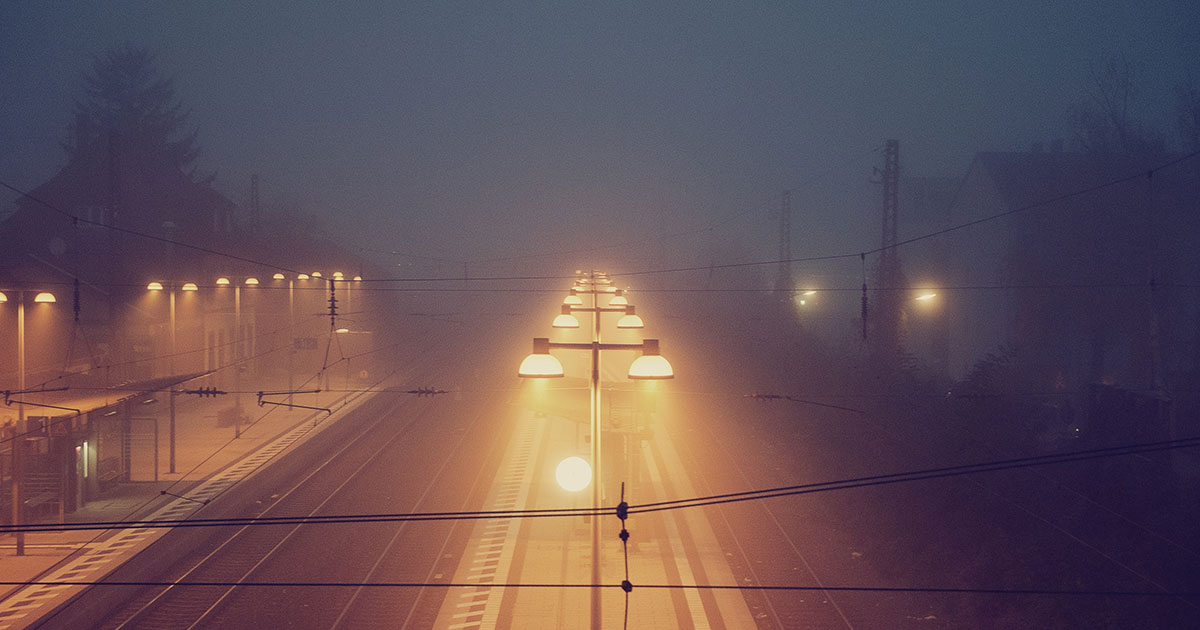 You’re at the station wearing a long raincoat
over your white shirt and blue conductor’s vest.
Colored Christmas strings blink on train cars
whose windows frame light in the darkness.
Young fathers carry small children aboard,
and old men shuffle toward the open doors.
You push a ramp into place for a wheelchair
and carry a folded stroller up steep metal steps.
You collect tickets, confer with the brakemen,
answer a passenger’s question, touch your cap,

and try not to think of your friend,
a man you’ve known half a century.
Band mate, composer, he spoke of peace
the last time you saw him. All that day
at his bedside, you sang for him
the songs he loved and used to sing.

Fog snags and drips from limbs above the tracks.
Tonight it seems the trees extend thin fingers
and reach for friends on the other side.

My name in crushed loops on white
jolts dimmed eyes. Twelve years past
last this script demanded pause, a score
marked by shame. Conscience blamed
divergence and flaunted motherhood
as fair compensation, as if friendship
were mere indulgence. In every room
gifts of art reproached me, embers
buried in paper, my fugitive glances
undeserving of forests and moonlight.

I remember laughter in echoing halls
and clanged lockers, a rented duplex
unfurnished but for two mattresses
and scratchy music unfurling
from a cheap turntable on the floor.
Decades of letters continent-crossed
conveyed our separate heartbreaks,
divorces, employment, and hopes.

Neither of us recalls what severed us,
what bomb broke our bridge, but now
pandemic’s carriage has arrived
and plucks us up. On faded upholstery
we sit facing one other, clutching thorns. 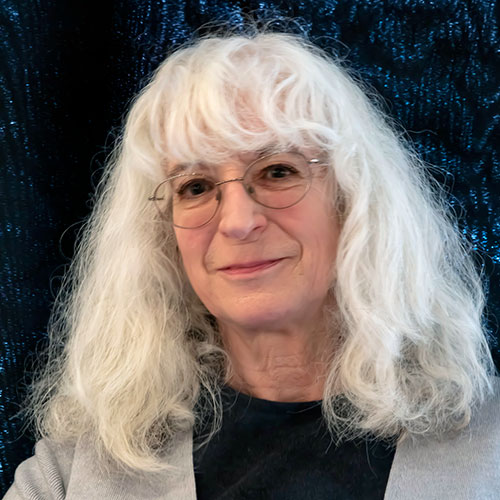 Linda Scheller is the author of two poetry books, Fierce Light (FutureCycle Press, 2017) and Wind and Children, forthcoming from Main Street Rag Press in June 2022. A retired teacher living in California’s Central Valley, she has published poetry, plays, and book reviews in many journals and anthologies. Her website is lindascheller.com.