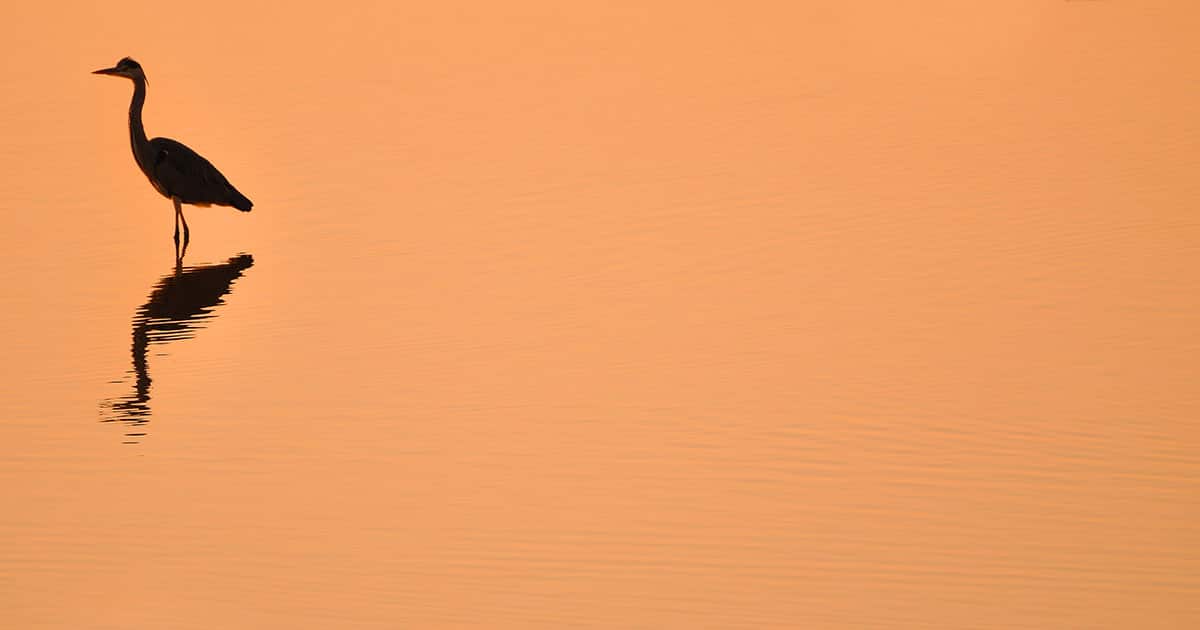 A heron holds up a corner of the boat-pond

with a sense of history
its springloaded neck makes a stab at water
and itself scarce, leaving
rings that expand upon emptiness.

The pieces of you call themselves
bird of discarded tubing
and white sails, weather and
waste, abandoned among
submerged prams: I jog past your weedy
prayer-mat and you do
not stop standing until you
are several trees above me.

Something clicks and you are inside me.
We redouble across water calmly
enough to make apparently no
noise, only reshuffle the light
as if the creator dropped a pack
of cards and put together
over its stained greyness
an act of contemplation, sustained.

Throned on the slide
when I told him what pulled
him down, he repeated
‘grabbity’. The word allows
some slippage, so at the slide-
foot he collects himself
and I climb him up again. I’m tall
or he’s short enough to hold his arms
even to the top. The children
read us inside them, and
we have in us a small demon
converting thought to action,
grabbing, under a cloud-asterisk
made of three crossing jet-
trails, a stupefied cloud.

Words are frames. I was taught this.
Teachers were taught, stretching down
in a line to Plato or mute unnamed
plateaux upon which buildings
open abstractly, and light through the grove
shone in on those who first spoke
of that which issued from the wide wise earth.

The air piles up. This happened years ago,
I’m mourning the childhoods of my children.
Smile up on the cloud, it is full of years

and pushes into time, the
peculiar light catching in his hair.
Between fork and spoke, we travel light
until our long weights pull us down.

As becomes apparent by the stickiness
of trees against a paling sky, the train
is pulling through the woods. From
a cleared area we hope to see
a sun but dawn is delayed, trespassing
on the tracks the mist is squared
by hedges, tilting away from the Chilterns
winter sticks in the bud, there are
no mountains like the ones found overleaf
page must rub against
the speaking parts of animals
by way of goose-flight, flints like
petrified tongues, wedged cranesfeet
valleys lodged with flood-memory

the horses standing under their own steam
as across them my reflection slides.
Something is being rehearsed in
the behind air, condensations
torqued into angels that suggest notes,
and even though the sun has yet
to appear the grasses of the plain
are white with frost, there is
a sense this journey will be
more, that my reflected cycle jacket
will be replaced as the score turns
to song. The minutes loosen from
those trees and condense as

people before the platform edge. 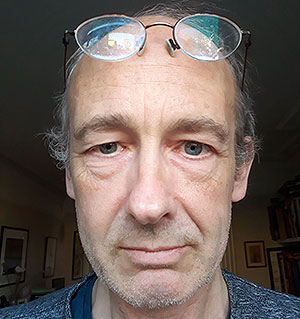 Giles Goodland was born in Taunton, was educated at the universities of Wales and California, took a D. Phil at Oxford, has published a several books of poetry including A Spy in the House of Years (Leviathan, 2001)  Capital (Salt, 2006), Dumb Messengers (Salt, 2012) and The Masses (Shearsman, 2018). He works in Oxford as a lexicographer, teaches evening classes on poetry for Oxford University’s department of continuing education,  and lives in West London.